Investors should be familiar with price skimming. It may at first sound like a shady financial fraud, but price skimming is actually a legit business tactic.

So, I'm not talking about credit card skimmers, which try to steal your card number and login information via dastardly technological tricks. And we aren't looking at basic "skimming," where morally challenged people grab a few dollars or cents out of a passing cash flow, hoping that the crime will be invisible. Nope, not at all.

Often used by electronics builders such as Apple (NASDAQ:AAPL) and Sony (NYSE:SONY), price skimming is a simple but effective pricing strategy that boosts the overall profits for a new product. It's the polar opposite to "penetration pricing," which is designed to grow market share instead of maximal profits.

The idea is to market the same device to a different set of customers in several stages. You start out with high prices, hoping for early adopters and die-hard brand enthusiasts to pay top dollar for the bleeding-edge new thing. When that market segment has been satiated, walking away from the table in search for the next hot item, prices drop to a level that's comfortable for mainstream consumers. And if that larger market gets its fill, it'll be time to drop prices even further, attracting the bargain-bin crowd.

The first stage will obviously be the most profitable, at least in terms of profit per device sold. The later stages may end up collecting more income thanks to their larger target markets, but the profit per unit should drop. 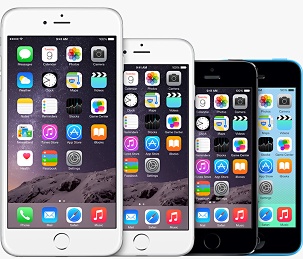 You'll see Apple doing exactly this with each new generation of the iPhone, for example. When the iPhone 6 hit the scene, iPhone 5s had finished its turn as Cupertino's flagship smartphone and dropped down to a lower-cost backup role. An unlocked 16GB iPhone 5s originally cost $649. Today, you can buy that device for $549, and the unlocked 16GB iPhone 6 has taken over its old $649 price point.

Of course, the former flagships also benefit from economies of scale and improved manufacturing processes along the way. You'll often see impossibly expensive gadgets dropping steeply in price as their new technologies become better understood. That's why Sony sold a 55-inch 4K TV set for $4,000 just 20 months ago, but now offers an updated version of the same screen for just $1,500.

The video quality fanatic got their fill at the painfully high early prices, and now the sets are inching into mainstream budgets. Plain old HD televisions used to be crazy expensive, too, but are now the industry standard and can be found for under $200.

Someday, 4K TVs will follow the same path. While the early adopters pay dearly for whatever comes next, the rest of us get ultrahigh definition for a couple hundred bucks.

That's price skimming in action. Penetration pricing starts low and stays there, sacrificing big profits in return for high sales volumes. Price skimming is all about maximizing profits at every turn.