There are a number of ways to measure a country's wealth, which can make it difficult to definitely label one as the richest in the world. Further, some metrics used are really measurements of a country's economy, which are akin to measuring the size of a paycheck instead of measuring asset values.

That said, what follows are three different ways to measure the richest country in the world using measurements of both economic output and asset values. In each case, the metric measured leads to a different winner. 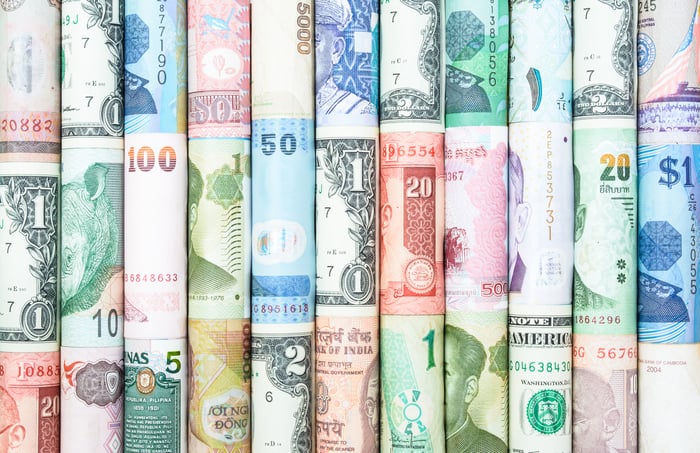 The richest country in the world by GDP per capita

The most commonly used metric for determining the richest country in the world is Gross Domestic Product per capita, adjusted for power purchasing parity, or GDP (PPP) per capital. It's a metric that measures a country's economic output, but adjusts for its population. Using this metric Middle East powerhouse Qatar ranks as the world's richest country as its GDP (PPP) per capita is $145,894. That's despite the fact that the country's GDP of $298.4 billion is ranked 49th in the world. What pushes Qatar over the top is the fact that its GDP (PPP) per capital is spread across only 2 million people. That actually results in a wealthy standard of living for everyone as no one in Qatar lives below the poverty line and just 0.1% of the workforce in unemployed, while 14% of the population are millionaires.

Just to provide some perspective, Qatar's economy is dwarfed by China as it had the highest GDP last year at more than $17.6 trillion. While that gives it the largest economy, when that number is spread across the country's 1.3 billion people it results in a GDP (PPP) per capita of just $13,801, which makes it the 87th richest nation in the world.

The richest country in the world by currency reserves
While Qatar boasts the richest economy per person, that's a metric based on income and not actual wealth. However, uncovering a country's true net worth is easier said than done. That said, one metric we can use is a country's foreign-exchange reserves, which are the foreign-currency deposits held by its national central bank. It's not a perfect measure by any means, but it is a better measure of national wealth than GDP.

Currently, China boasts the largest foreign exchange reserves as it held just under $4 trillion in reserves as of the end of last year. In fact, China leads the pack by a wide margin as its reserves are about triple the reserves of Japan, which is the next highest reserve holder.

The richest country in the world by natural resources value
A third way to measure a country's net worth is to add up the value of its natural resources. While resource values can fluctuate mightily due to commodity price volatility as well as the fact that many natural resource estimates are just educated guesses, this does at least provide an asset value for a country.

Topping this list by a wide margin is Russia as it holds an estimated $75.7 trillion in natural resources or about $30 trillion more than the U.S., which holds the second largest natural resource wealth. While Russia holds some of the world's largest oil reserves, the bulk of its natural resource riches are derived from the value of its natural gas and timber resources. Russia holds the world's largest natural gas reserves by a wide margin at 1,680 trillion cubic feet, which are worth an estimated $19 trillion. Further, it also holds the world's largest timber resource at nearly 2 billion acres of timberland worth an estimated $28.4 trillion. On top of that it has the second-largest coal deposits, the third-largest gold deposits, and the second-largest estimated deposits of rare earth minerals. Truly, Russia is sitting on an unparalleled natural resources base making it the richest country in the world by that metric.

Takeaway
Qatar is by far the richest country in the world if the metric being measured is GDP (PPP) per capita. However, that measurement actually measures economic output and therefore isn't the best measurement of wealth. On the other hand, measuring wealth by looking at asset values suggests that China, which leads with the largest foreign exchange reserves, or Russia, which holds the world's largest known natural resource reserves, are also deserving candidates for the richest in the world.