While it may take a few years before it delivers it to market, Apple (NASDAQ:AAPL) is working on an iPhone without a home button, according to AppleInsider. The company is likely betting on the elimination of the home button as part of an attempt to completely revamp the design and encourage sales for its largest business segment. 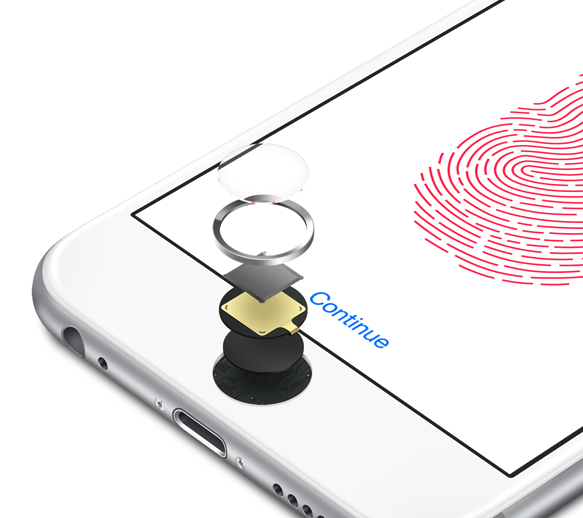 Altering form factor
"A source who in the past has correctly shared information about Apple's future product plans indicated on Monday that Apple is indeed planning on removing the home button from future iPhone hardware," AppleInsider's Neil Hughes writes. "But they cautioned that such a change will not arrive within the next two years, leaving it as a long-term goal for the company."

As Hughes notes, anyone tempted to react quickly to Apple rumors should always keep in mind the company's tendencies to scrap ideas and plans -- sometimes even at the last minute. So, the home button's last days could always be extended.

Plans for such a significant shift in design are consistent with Apple's history of making noteworthy changes to the iPhone line's form factor every few years. Form factor differentiation has proven to be a strong motivator for Apple's users to upgrade their phones.

Ditching the home button would also fit in with Apple's history of pursuing lighter, thinner devices with increasingly simpler forms.

Two major challenges
Removing the home button from the iPhone line, however, will require formidable engineering feats. In particular, Apple will have to find a workaround for Touch ID, its fingerprint scanning technology, and contend with losing space for accommodating proportionate battery capacity in relation to the display size.

Currently, Apple's Touch ID feature is built into the home button. Used for security and in completing Apple Pay transactions, Touch ID is crucial to the iPhone experience. If Apple removes the home button, it will need to either replace Touch ID with a different authentication method or move fingerprint scanning from the home button to a different spot on the phone -- probably the display.

In addition, without the additional bezel space below the display for the home button, Apple will lose vital real estate for storing the phone's guts. Much of the iPhone form factor below the display is used for Touch ID hardware. Removing this space may require Apple to find innovative ways to shrink any hardware for fingerprint scanning as well as ensure the rest of the phone's guts fit snugly behind the display. Advances related to preserving and increasing battery life in the face of limited space could come from improved battery use in display and processor technology, as well as increased energy density in the battery. Of course, dealing with constraints for battery size is nothing new for smartphone manufacturers.

In any case, the importance of such radical redesigns of the iPhone form factor every several years shouldn't be overlooked. iPhone is Apple's biggest business segment by far, accounting for a whopping 69% of Apple's total revenue. Even more, Apple has said iPhone boasts the highest profit margins of any of its products. Constantly finding ways to make its newest models stand out from older versions is crucial for maintaining the strength of this important segment.

In the longer term, saying goodbye to the home button definitely seems like something Apple would do. But AppleInsider is probably right about the re-engineered design being at least a few years out.