Success in the music industry is measured not just by awards sitting on the shelf, but by money in the bank. By both accounts Pharrell Williams is wildly successful. Winner of 11 Grammy Awards, his shelf is filled with reminders of his successes as an artist and as a record producer. That critical success has translated to strong commercial success as well with his most recent album going Platinum with over 1 million albums sold. It's commercial success that made Pharrell into a multi-millionaire. In fact, by most accounts his net worth is currently right around $100 million. 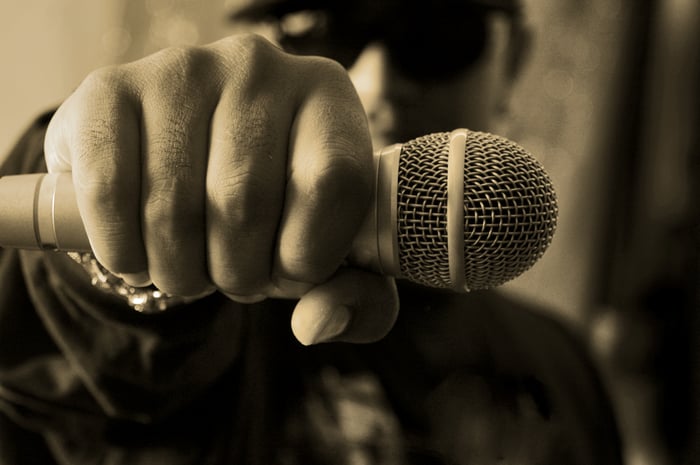 How Pharrell made his millions

While Pharrell made a lot of money as a recording artist, most of his wealth is derived from business income. As one of the more sought after music producers, he earns millions each year from producing records. In fact, Forbes estimates that Pharrell earned $22 million last year alone from his various business ventures.

Those business ventures are housed in a company called i am OTHER. It's an umbrella organization that is home to Pharrell's record label Star Trak Entertainment, his clothing lines Billionaire Boys Club and Ice Cream Footwear, textile company Bionic Yarn, and his dedicated YouTube channel. Not only do these assets drive income for Pharrell, but as businesses they are valuable assets that boost his net worth.

What makes Pharrell Williams happy
Pharrell's multi-million wealth has afforded him many luxuries in life as evidenced by the fact that he just spent $7.14 million on a new home in Hollywood Hills, to go with his very nice car collection. However, while he's not shy in spending his wealth on the finer things of life, he doesn't just spend his wealth on material things. He's using some of his wealth to improve the lives of others.

He does that through a non-profit organization he founded called From One Hand To AnOTHER, which is an education foundation for youth between the ages of 7 and 20 in at-risk communities. Its mission is to, "change the world one kid at a time by giving them the tools and resources to meet their unique potential." One way Pharrell practically changing lives is by building a $35 million afterschool center in his hometown through his foundation while also offering summer camps and after school programs. It's an organization that's not only making a lot of kids happy, but is enriching their lives through education so that they can succeed in life, which is just what Pharrell wanted to see when he started the organization in 2008.

Two takeaways from Pharrell's career
Pharrell didn't accumulate a $100 million net worth on his singing career alone. While he sold a lot of albums, he's not a top-selling artist. Instead, his wealth is mainly derived from his business ventures, including income earned as a record producer as well as his clothing lines. It's a reminder that owning a business, whether it's a small family business, or stock in a public company, really pays dividends when it comes to one's net worth.

The other key takeaway from Pharrell's career is to note that while he's a rich man, he's using a portion of his riches to enrich the lives of others. It's worth noting that his foundation spent five times more money to build an afterschool center for less advantaged kids than Pharrell spent to buy his own home. It's pretty clear that what makes him truly happy is to enrich the lives of others.