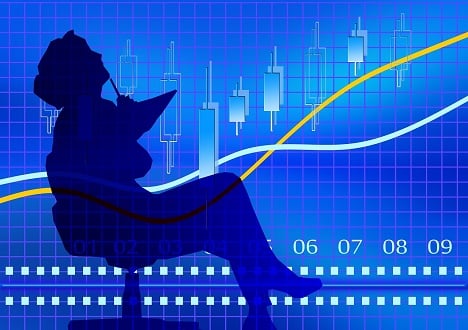 It pays to be attentive to advice from one of the smartest people in the world. Marilyn vos Savant was listed by the Guiness Book of World Records as having the highest IQ on earth from 1986 through 1989, after which the publication retired the category. One of the pieces of advice given by Ms. Savant: "Be able to analyze statistics, which can be used to support or undercut almost any argument."

This recommendation is especially relevant to investors who want to jump into biotech stocks. The success or failure of biotechs depends heavily on statistics used in clinical trials. And few statistical factors are as important as the p-test.

A tale of two trials
What is a p-test? The "p" stands for probability -- in particular, the probability that a hypothesis is true. With clinical trials of a drug, it's critical to ensure that any perceived effectiveness of the drug isn't due to chance. Trials are structured to show statistically what the probability of results being due to chance are.

Let's look at recent clinical trial results from an up-and-coming biotech, Celldex Therapeutics (NASDAQ:CLDX). Back in April, Celldex announced data from a phase 2 study of glembatumumab vedotin, or glemba, in treating metastatic breast cancer. In this study, 124 patients were randomly assigned to one of two groups, one of which received glemba while the other received another chemotherapy.

What do these values mean? The probability that the improvement in progression-free survival was due to chance was only 17 out of 10,000. The odds that chance accounted for the improved overall survival rate was three in 1,000. In both cases, the statistical likelihood that glemba (and not chance) made the difference was compelling.

In another recent Celldex study, patients with EGFRvIII-positive, recurrent glioblastoma were randomly assigned to two groups, one receiving Roche's Avastin and the other receiving Avastin plus Celldex's Rintega. Seventy-three patients were included in the study (called the intent-to-treat group), with 67 completing the study without any protocol violations.

Patients taking both Avastin and Rintega had higher progression-free survival at six months (PFS6). For the intent-to-treat group taking both drugs, the p-value for PFS6 was 0.1163, with the p-value for patients following the prescribed protocol equal to 0.0310. Because the p-value for the entire intent-to-treat group is nearly four times larger than that for the per protocol group, we can conclude that chance may have been a much bigger factor for the PFS6 improvement within the group that included patients who didn't adhere to protocol than for those who adhered strictly to protocol.

Regulatory experts at the FDA pay close attention to the statistical grounds for efficacy of a drug. Statistically significant improvement is a must for regulators to give a thumbs-up for a drug. Keep in mind, though, that the FDA doesn't just look at clinical improvement. The agency also closely examines the safety records of drugs throughout clinical trials.

Having a basic knowledge of the statistics used in clinical trials can definitely help you decipher clinical results, which in turn can allow you to better evaluate a biotech stock's potential. Understanding p-tests could very well lead to another type of p-value -- profits.