Chris Cline's name may be associated with Tiger Woods' ex-wife Elin Nordegren, but his enduring legacy is in coal

Christopher "Chris" Cline knows his success as a coal miner isn't all that interesting to the world because people seem to care more about his relationship, or former relationship with Elin Nordegren, than his business life. Nordegren is the Swedish model who was married to golf star Tiger Woods, so her social activities draw a lot of attention. But if you can look past these headlines, Cline's enduring legacy is really in coal mining.

Cline, the playboy socialite
There's no denying being a billionaire lets you do things that mere mortals can't. That includes dating Swedish models who were once married to internationally famous athletes. And while that's all good for Cline, it overshadows other wonderful things he's done with his wealth. 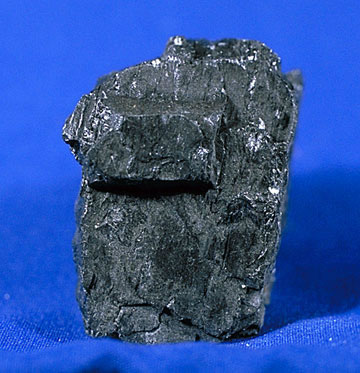 I bet you were hoping for pictures of Swedish bikini models instead. Source: public domain, via Wikimedia Commons.

For example, Cline started the Cline Family Foundation to give back to West Virginia by providing "college scholarships to talented young West Virginians with entrepreneurial aspirations." That mandate has expanded to include donations to schools and other institutions, and spread to include the entire country.

But that's the good stuff. Being fabulously wealthy and in the spotlight also has a downside. For example, in 2012, actor Vivek Shah tried to extort money from Cline (among others), threatening to harm his family if a disturbingly large sum of cash wasn't deposited into an offshore bank account. Shah was arrested, and Cline suffered no permanent harm from the event, but I can't imagine the stress of fielding a threat like that.

Cline, the coal king
The thing to know about Cline, though, is that he isn't exactly the playboy child of rich parents who left him everything.

This man has lived and breathed mining all his life. For example, his grandfather supposedly mined coal with a pickax. And his father was a miner, too. So his whole life has been surrounded by mining.

Cline's father paid him a penny a bag to excavate dirt from under his front porch that his dad used at work. Cline mined this dirt deposit so well that the front porch eventually collapsed. I can only imagine the look on his dad's face -- a mixture of pride and anger, I'm sure -- when, according to Cline, his father told him he "needed to support the roof better."

In fact, according to Cline, he spent time down in the mines himself before moving to the management side of the business. So, unlike some billionaire inheritors, Cline has experience down in the pits and knows the base functionality of his business. He's lived it.

That might help explain why, after starting in the slowly declining Appalachian region, he shifted gears and switched focus to the Illinois Basin shortly after the turn of the century. That move proved to be prescient. Appalachian coal was getting harder and more expensive to mine, and Cline believed new government regulations would make Illinois Basin coal, which was abundant and cheaper to mine, more attractive.

So he sold out of Appalachia and bought in the Illinois Basin at almost exactly the time when this coal region's fortunes turned up. He also focused on building highly efficient mines to keep costs as low as possible. For example, Foresight Energy LP (NYSE: FELP), which Cline brought public in mid-2014, owns four mines. Three of these are the most productive mines in the Illinois Basin based on tons mined per man-hour. For the top two mines, the lead is huge -- each is 25% more productive than the No. 4 mine in the region. With Cline growing his mines essentially from the ground up, Bloomberg even dubbed him the "new coal king."

What does Cline see in coal's future?
More recently, though, Cline's fortunes have been under pressure from low coal prices. However, the highly efficient mines he built look likely to survive the onslaught of cheap natural gas and increasing government regulations in the energy space. Despite the big-picture negatives, being a low-cost provider of a still-vital fuel gives Cline's business staying power.

That said, Cline has been shifting things around a bit in the coal business, pairing up with privately held Murray Energy. Specifically, Murray bought stakes in Foresight Energy and its private general partner, Foresight Energy GP. While this might sound like Cline is looking for an escape hatch, it appears more likely he's looking to sustain growth.

Cline will remain heavily involved and heavily invested in Foresight and its general partner, he is maintaining his position as the Chairman of the board of the GP, and is joining the board of Murray Energy. Essentially, Cline has found a partner with many coal mines that it can sell to Foresight Energy through what are known as drop downs. That will push growth and distributions higher at the Limited Partnership. Why would Murray want to do that? Because it has been on an acquisition binge that has loaded the private company with debt. Prior to the Foresight deal, for example, Murray acquired coal mines from CONSOL Energy.

Keep an eye on Chris Cline
Commenting on the Murray deal, Cline said, "This is a great day for American coal. Bob Murray and I both started as miners, and we know how to run safe, efficient and low cost mining operations." In that short statement, he said a lot. Cline has proven that investing in top-notch mines provides a competitive edge. Now he's partnered with a competitor that creates a new scale advantage and growth opportunities for Foresight Energy. If you are interested in coal, you'll want to watch Cline and Foresight closely.

Clearly, Cline's personal life has piqued interest in America. And why not? He's done some exciting, interesting, and generous things. However, for investors, what he's done, what he's doing, and what he has yet to do in coal will be his real lasting legacy.