Please ensure Javascript is enabled for purposes of website accessibility
Log In Help Join The Motley Fool
Free Article Join Over 1 Million Premium Members And Get More In-Depth Stock Guidance and Research
By Matthew DiLallo - Jul 5, 2015 at 8:00AM

Investors should beware of Approach Resources, Carrizo Oil & Gas, and Penn West Petroleum, which have some of the worst quick and current ratios among oil stocks.

If there is one lesson to be learned from the deep drop in oil prices over the past year, it's that liquidity matters. We see this by digging deep into the oil stocks that were absolutely pulverized over the last 12 months. Three of the poorer performer were Approach Resources (AREX), Penn West Petroleum (NYSE: PWE), and Carrizo Oil & Gas (CRZO), which the following chart shows have been absolutely crushed since last summer. 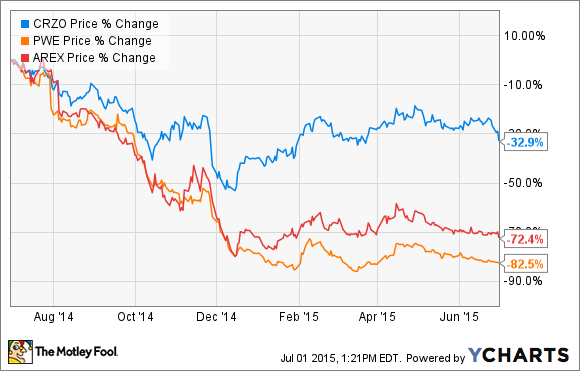 Their drubbing is the result of the more than 43% drop in oil prices over that same time frame. However, it's worth noting that the average return of oil stocks is much higher, as shown on this chart. 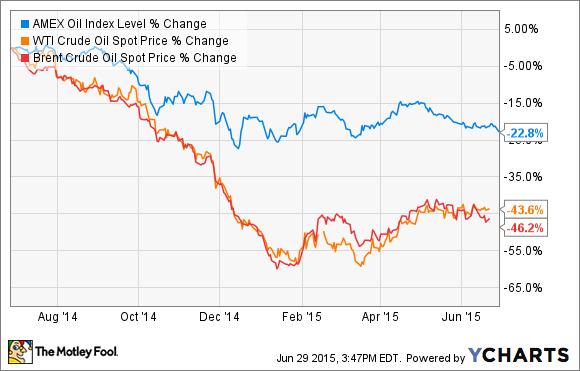 A key difference between the average oil stock and Approach Resources, Carrizo Oil & Gas, and Penn West Petroleum is that the trio have the most dangerous liquidity ratios among this sector, according to S&P Capital IQ data. Those worrisome ratios have investors concerned that these companies won't be able to easily pay their bills if oil prices remain weak.

A closer look at the numbers
While there are many ways to measure liquidity, two of the more common metrics are the quick ratio and the current ratio, which measure a company's liquidity by gauging its ability to meet its short-term obligations. The current ratio is measured by dividing current assets by current liabilities, and a ratio below 1.0 suggests a company won't be able to pay off its obligations without additional financing. The quick ratio, on the other hand, is measured by subtracting inventories from current assets and dividing that by current liabilities. Again, anything below 1.0 suggests the company doesn't have enough liquid assets like cash to cover current liabilities.

When we do the math for these three oil stocks we get the following results. 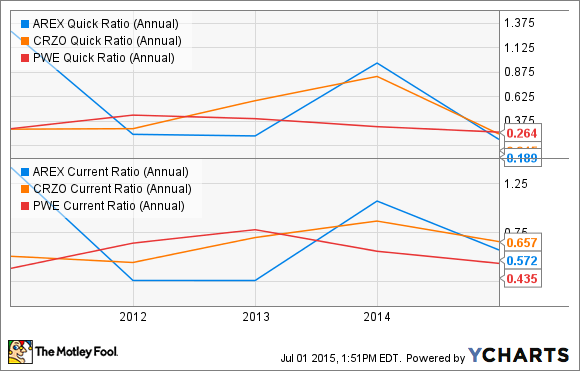 As that chart makes clear, all three companies presently have current and quick ratios well below the danger zone of 1.0. That said, they have often had dangerous liquidity ratios over the past five years. However, they have always paid their bills because all three use outside sources of liquidity to make ends meet.

What these three companies -- and most of the rest of the oil industry, for that matter -- do is borrow money on their credit facility to meet short-term needs while they seek longer-term funding from outside the company. These other sources of liquidity can include asset sales and debt or equity issuances. Carrizo Oil & Gas, for example, recently issued over $200 million in equity and $600 million in senior notes, while Penn West sold more than $1.05 billion in assets over the past year. They used that cash to either repay their credit facility or reduce debt.

All that being said, using outside capital instead of cash flow for liquidity can backfire. This is because outside capital can become extremely expensive, or even dry up, at the worst possible moment. For example, the borrowing base on a credit facility can be, and often is, redetermined lower right when a company needs cash most. In fact, that's exactly what just happened to Approach Resources as its borrowing base was reduced from $600 million to $525 million, which took a $75 million slice out of its available liquidity. Meanwhile, counting on a stock offering to boost liquidity can significantly dilute investors' holdings and destroy value if done during a market downturn. To illustrate: Carrizo Oil & Gas issued its equity in March after its stock fell more than 30% from its recent high. This equity issuance wouldn't have been necessary if the company had ample liquidity from liquid assets so it didn't have to rely on its credit facility.

Investor takeaway
Stocks with dangerous liquidity ratios aren't necessarily at risk of going bankrupt, but they do have a tougher road to follow in hard times. We've seen this firsthand at Approach Resources, Carrizo Oil & Gas, and Penn West Petroleum, as all three stocks have been punished as a result of their weak liquidity ratios. It's a reminder to investors that companies with weak liquidity ratios tend to underperform their peers when times get tough.