If you think marijuana legalization is around the corner, then this will probably change your tune. 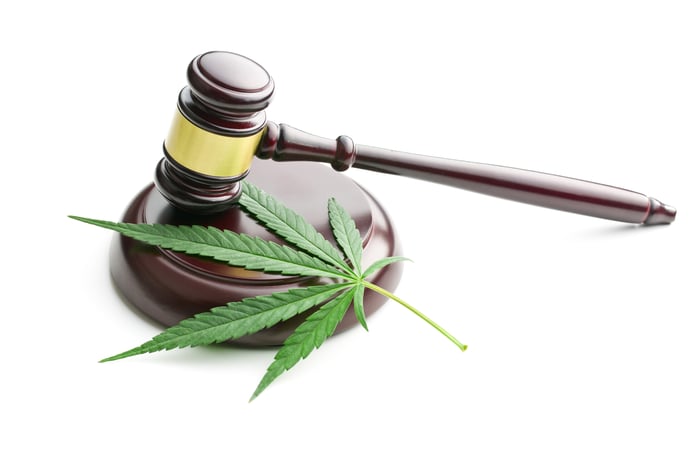 From nearly all angles the marijuana movement looks unstoppable.

Public opinion as a whole has witnessed a dramatic shift (if the aforementioned state votes didn't give that away). Research firm Gallup's polls show that support for marijuana has doubled between 1995 and 2014. Its latest survey showed that 51% of respondents were in favor of a sweeping marijuana legalization.

Marijuana even received a bit of a reprieve from the federal government in June. Some of the hurdles surrounding medical marijuana research were lifted, which should allow cannabinoid-based drug developers such as GW Pharmaceuticals (GWPH) to more easily move from preclinical to clinical studies, saving both time and money. GW Pharmaceuticals is in the process of developing a drug (Epidiolex) that could treat rare forms of childhood-onset epilepsy, and it boasts a handful of other experimental products geared at everything from ulcerative colitis to glioma.

Yet, in spite of this momentum, marijuana being legalized nationally looks to be far from a reality.

The simple reason marijuana won't be legalized nationally anytime soon
"Why?" you wonder? Look no further than the upcoming presidential election, where candidates have begun to weigh in with largely apathetic or negative commentary toward the currently illicit drug. 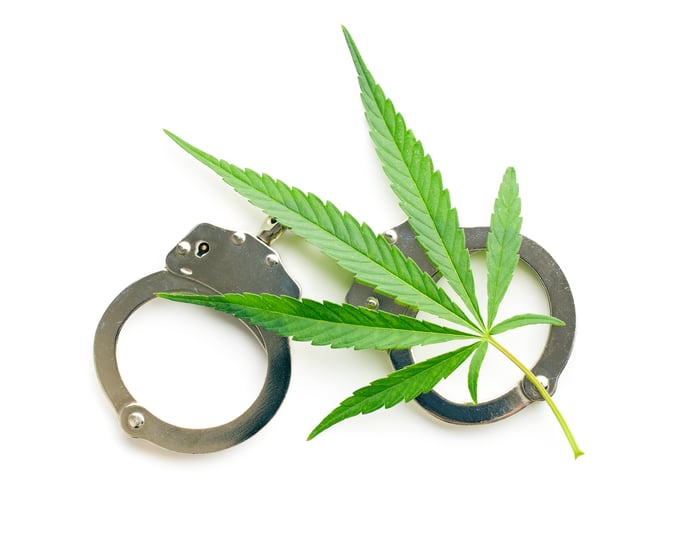 Among the one dozen serious (early) contenders for president of the United States from either party, just one -- Rand Paul -- can be implied as being in favor of legalizing marijuana, or at least decriminalizing the drug. While Paul hasn't exactly given marijuana any ringing endorsements, he firmly believes that the federal government should stay out of the states' choice of whether or not to legalize marijuana.

Paul was also one of three Senators behind the CARERS Act, which was introduced in March with the intention of ending the federal ban on medical marijuana. Had the CARERS Act gained traction, it would have led to the rescheduling of marijuana from an illicit (schedule 1) drug to a schedule 2 drug -- meaning it would be recognized to have medically beneficial properties, but still prone to abuse. Furthermore, the CARERS Act would have opened the door to easier bank financing for medical marijuana businesses, and would fully remove the hurdles in place for marijuana researchers and marijuana-based drug developers (e.g., GW Pharmaceuticals and the like).

Beyond Paul though, marijuana supporters could be sorely disappointed by the remaining field of candidates.

A field of apathy and opposition
The remaining presidential candidates have either taken a wait-and-see approach, or they've not minced their words with regard to their opposition of marijuana. 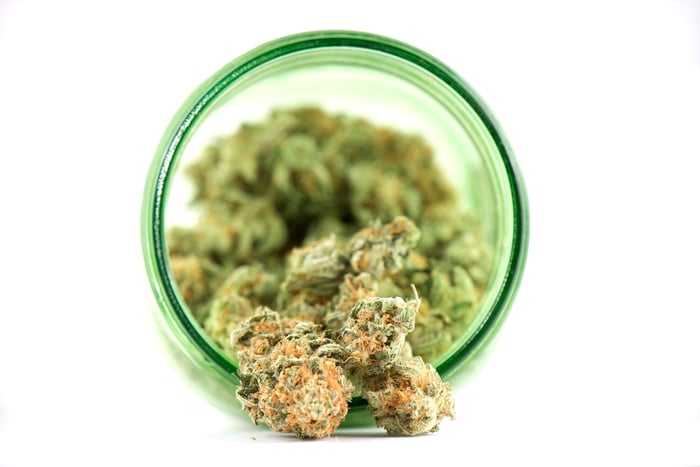 For example, the recently declared Republican candidate from New Jersey, Chris Christie, told Face the Nation he would restore federal prosecution against those people using marijuana illegally, such as users in Colorado, a state where voters approved a measure to legalize the drug on a recreational basis in 2012. Similar feelings were echoed by Republican governor Bobby Jindal of Louisiana who told The Washington Times, "I don't think you can ignore federal law." Republican Senator Marco Rubio from Florida has also previously been on the record in support of the federal law banning marijuana.

And the commentary from the wait-and-see crowd isn't much more encouraging.

Previous Republican presidential candidate Mike Huckabee believes in respecting states' rights to legalize without federal intervention if there aren't any negative societal implications from marijuana use. Former Republican governor Jeb Bush also believes in respecting the rights of states, but is on record as thinking "legalization [in the first place] was a bad idea." Even Hillary Clinton has demonstrated skepticism toward the benefits of medical marijuana, choosing to wait until more evidence is available before making a decision to side with proponents or opponents of the drug.

For those of you hoping that we'll see a scheduling change from the federal government prior to the next election, that also seems unlikely. President Obama has suggested that more states legalizing marijuana could force Congress into action. However, Obama has been clear that marijuana isn't a priority for his administration, and that America's youth should focus on more important issues.

Marijuana's challenges come to the forefront
The reality for marijuana is that any nationwide legalization before 2020 seems unlikely, short of a Rand Paul victory.

What's clear based on the commentary from a majority of the presidential candidates is there appears to be a distrust of marijuana's benefits profile. This probably shouldn't come as too big of a shock since marijuana studies for the past couple of decades have revolved around its adverse effects rather than its benefits. Only recently have researchers turned the tables on marijuana research and begun examining the various ways the currently illicit drug could help people. It's going to take time for this data to mature, meaning lawmakers are unlikely to be in a hurry to support the across-the-board legalization of marijuana, or even softer medical marijuana laws on a federal basis.

Because lawmakers are in no need to rush to a decision on marijuana, it also means that legal marijuana businesses could struggle to expand. You have to remember that even in states where marijuana is legal, banks have been largely unwilling to lend for fear of prosecution or a reassertion of federal laws in a future presidency.

All told, this leads to one conclusion: marijuana is a dangerous investment. Even though legalizing the drug in all forms could open up a market as big as $35 billion by some estimates, marijuana businesses look to be on track to face challenging times for at least the next five years by my estimates. It's certainly possible we could see the presidential candidates' opinions evolve as their campaigns mature, but all signs continue to point toward marijuana likely remaining a schedule 1 drug until at least 2020.