Please ensure Javascript is enabled for purposes of website accessibility
Log In Help Join The Motley Fool
Free Article Join Over 1 Million Premium Members And Get More In-Depth Stock Guidance and Research
By Andrés Cardenal - Jul 19, 2015 at 8:25AM

eBay and PayPal officially parted ways last week, and the two companies are saying good-bye with a smile. 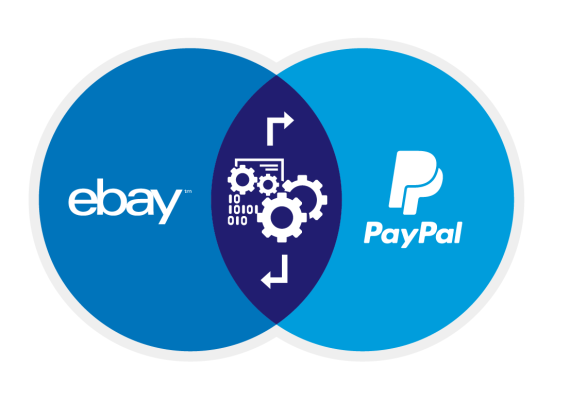 eBay (EBAY 0.10%) stock is up 4.5% since the company reported a healthy performance for the second quarter. The PayPal (NASDAQ: PYPLV) division was running at full speed, and there are some positive signs coming from marketplaces, too. With PayPal officially a separate entity, investors are keeping a close eye on each business.

The spin-off was effective July 17th, so the recent earnings release was the last time the two companies reported as a single entity. eBay also announced the sale of its enterprise division, which focuses on creating and running online shopping sites for brick and mortar retailers, for $925 billion.

From now on, eBay will only include marketplaces, while its PayPal payments business will be independently traded and operated. This was the final good-bye for the two companies, and they are going their separate ways on a strong note.

Total revenue for the quarter came in at $4.4 billion, a 7% year-over-year increase. The number was slightly below Wall Street forecasts of $4.5 billion, as currency headwinds were a major drag during the quarter. Also, sales figures exclude $0.3 billion from the sale of the enterprise division, which Wall Street analysts did not incorporate into projections.

Adjusted earnings from continuing operations came in at $0.76, an increase of 9% year-over-year and better than the $0.73 per share forecasted by analysts polled by Thomson Reuters.

PayPal is on fire
At PayPal, net total payment volume grew 20% year-over-year to $66 billion. Merchant services volume was up 27%, while on-eBay volume declined 1%. On a currency-neutral basis, total payment volume grew 28%, with merchant services up 36% and on-eBay rising 6%. Payment volume through eBay Marketplaces was $14.5 billion, representing 22% of total volume during the quarter. Total PayPal revenue grew 16% over the year-ago period to $2.3 billion.

PayPal grew new active accounts by 11% to 169 million as of the end of the quarter, and it delivered a big increase of 27% in the number of transactions processed, reaching 1.1 billion. Engagement is on the rise, too -- transactions per active account increased to 24 per year versus 21 for the year-ago period.

The newly listed company is delivering impressive organic growth in key metrics, and the business is consolidating its leadership position in the payments and money transfers industry via acquisitions like Xoom Corporation, a leading global remittance company that PayPal recently acquired for $890 million net of cash.

Management estimates that the market opportunity in global remittance is worth a massive $600 billion, and the acquisition of Xoom will also strengthen PayPal's customer proposition by adding more services and technologies to the platform.

eBay is improving
The eBay marketplaces business has been quite disappointing lately, and management is actively trying to jump-start growth via platform improvements and enhancements to the customer experience. The business may not be growing as fast as PayPal, but there were some encouraging signs in the earnings report.

Total revenue was $2.1 billion, a 3% decline from the year-ago quarter. Revenue in constant currency increased by 5%, though, showing an acceleration of two points versus growth rates in first quarter 2015.

In a sign of confidence from management, eBay also announced a new $1 billion share buyback authorization. This can be interpreted as an indication that the company believes investors are underestimating its long-term potential, so management intends to capitalize on the opportunity to repurchase eBay stock at conveniently low valuation levels in the coming months.

All in all, it was a solid quarter for the two companies, as PayPal continues to outperform, and eBay shows signs of improvement. Saying good-bye does not have to be sad ... at least not with these results.