Months after the company suspended a pork supplier for failing to meet its quality standards, carnitas is still off the menu at many Chipotle (NYSE:CMG) restaurants. That suspension left the burrito chain with only enough meat to serve two thirds of its locations at any time.

In sensitivity to the pork-crazed among us, Chipotle has instituted rolling carnitas blackouts since January so that no region goes without the option for too long. The residents of most states along the East Coast are currently out of luck. 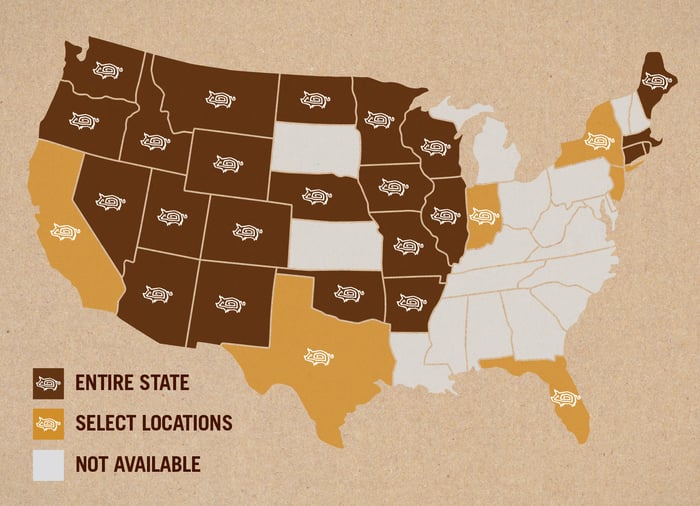 But the shortage is ending now that Chipotle found a replacement pork producer. Management said last week that new supply, sourced from the U.K., is working its way through the system and so all restaurants should have it by the end of 2015. That's good news for investors as a carnitas-free Chipotle is less busy and has lower profit margins than a fully stocked location.

Pick your battles
The shortage was entirely self-imposed since there's plenty of pork to go around — just not enough that meets Chipotle's standards. And in contrast to past disruptions involving steak and chicken, the company declined to temporarily substitute conventionally raised pork in this case. Here's how Chipotle explains that decision:

Conventionally raised pigs don't have access to the outdoors but instead spend their lives in densely crowded structures. These animals also typically live on hard floors that have no bedding:

The business impact
The move bought Chipotle good publicity while giving it a chance to play up its "food with integrity" mission. "Customers are applauding our commitment to our vision, thanking us for standing on principal, commending us for taking action against the inhumane treatment of animals, and congratulating us for standing by our business values," CEO Steve Ells said in February.

But the shortage has had a major impact on the business. Sales growth at existing Chipotle locations was just 4% last quarter, or 2 percentage points lower than it would have been, executives estimate. Many customers skipped their Chipotle trip rather than trade to a different meat option. Chief Financial Officer John Hartung told investors "our carnitas customers really love our pork, and they appear to be visiting less often or not at all." 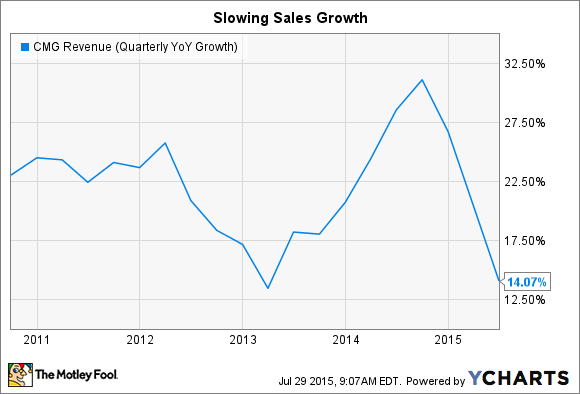 On top of that traffic hit, carnitas-free restaurants are making less money on steak. Chipotle decided to hold off on raising its beef prices in almost half of its locations due to this pork shortage. This was in order to "avoid the unintended consequence of having customers trade from carnitas to steak or barbacoa and then be forced to pay more for their meal," executives explained.

Not the last time
All of these negatives will reverse themselves as carnitas flows back into the supply chain over the next few months. Customer traffic, sales growth, and profit margins should start getting a pork-powered lift beginning this quarter. However, this won't be the last time that Chipotle yanks the ingredient from its menu at some locations. Only 5% of pork raised in the United States meets its standards, which provides hardly any cushion for supply disruptions.

"We face challenges associated with pursuing 'food with integrity,'" Chipotle warns investors in its 10-K. Those include supply hiccups like this one, but also higher overall food costs.

Yet Chipotle booked higher overall operating margins and solid comparable-store growth in the quarter that just ended. It remains one of the most profitable, fastest-growing quick-serve restaurants around -- with or without carnitas on the menu.