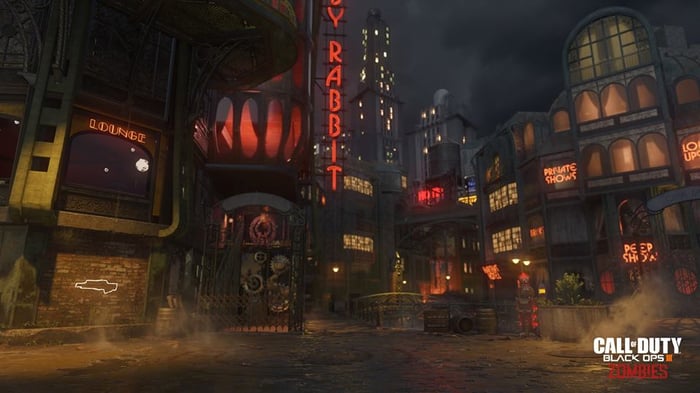 Shares of Activision Blizzard (NASDAQ:ATVI) stock ended last week up a bit more than 29% year to date. Will the rally continue, or are darker days ahead?

A lot depends on how well the business performs. Here's a closer look at what analysts expect to see when ATVI reports second-quarter earnings Aug. 4:

Anything less than a healthy beat would be a disappointment. Activision Blizzard's results have outperfomed estimates by no less than $0.04 a share in each of the last four quarters:

Looking at the overall business, I'm watching for momentum in each of these four areas:

1. Balance sheet repair. Last quarter, CEO Bobby Kotick revealed plans to boost the dividend by 15%, while spending $1 billion to reduce the share count and retire debt. Is the spending having the desired impact? If so, we'll see it on the balance sheet, in better-than-expected earnings per share, and in higher returns on capital.

2. Improving cash from operations. Because of the relative strength of franchises such as Call of Duty, Activision Blizzard is generally able to produce more consistent profits and cash flow than its peers. According to S&P Capital IQ, the company's cash flow from operations improved 53.7% year over year in the first quarter. Similar or greater gains in Q2 could push the stock higher.

3. Licensing benefits from the World of Warcraft movie. While no official trailer for the upcoming World of Warcraft film is available online, a teaser unveiled at Comic Con has generated a healthy buzz. Is that good news for investors? Look for Kotick and his team to give an update on licensing, merchandising, and other tie-ins for the film, which is scheduled to open in June 2016.

4. Continued gains in digital revenue as a percentage of the overall business. In the Q1 earnings call notes captured by S&P Capital IQ, Activision Publishing CEO Eric Hirshberg said that Activision now sports the largest online player community in company history, and that the division was on track to "deliver our biggest year yet of digital revenues." Look for Activision to begin quantifying digital contributions before fiscal year end, and perhaps as soon as the next set of filings.