The warehouse retailer is breaking the mold of big-box stores. Here's what makes it so special.

For both consumers and investors, it's hard to ignore Costco Wholesale (COST -0.48%). The membership-based warehouse retailer has become the second-largest retailer in the country, growing to over $100 billion in sales in just over 30 years. 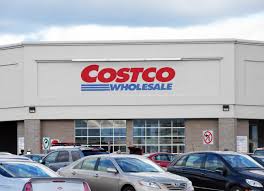 Over that time, it has come to dominate the warehouse retail segment, the clear leader over rivals such as Wal-Mart's Sam's Club and BJ's Wholesale Club. Costco is the rare company that is admired by all major stakeholder groups. Employees make more than $20/hour on average, keeping turnover among the lowest in the industry; customers love its unbeatable prices; and investors rave over its market-beating returns as the stock has more than tripled since the recession.

We asked a panel of Motley Fool consumer goods writers for five ways Costco separates itself from the competition. Here's what they had to say.

Tim Beyers (Services): Costco may be known for bulk goods, but its services are nearly as valuable. Take ink refills, for example. If you have an inkjet printer, you know exactly how expensive it can be to burn through color cartridges. Refilling at Costco is a more attractive option.

Now think about the economics of offering this service if you're Costco. Sure, you need ink and some specialized equipment. Otherwise, there's no inventory, which is great for margins.

What's more, stores can use the equipment to save on its own printing costs and service those who may be buying new printers or cartridges off the shelf at the store. Everyone wins.

Ink refills are just one of a number of services Costco offers to members. From health and life insurance to discounted travel booking to boat and RV loans, Costco connects members with a number of ways to save, and then collects fees for the effort.

How much Costco collects isn't entirely clear, though when you group them all together -- including not only e-commerce and travel, but also gas, food courts, optical, pharmacy, and other services -- it's meaningful enough that executives address it as a distinct business in each quarterly call. In fiscal Q3 (ended in May), "ancillary and other business" gross margins were up 23 and 15 basis points, respectively, S&P Capital IQ reports Chief Financial Officer Richard Galanti saying at the time.

The message? No matter what you think of these one-offs, customers use them, and Costco profits from them. For an investor, it doesn't get much better than that.

Tim Green (Not advertising): Costco runs an extremely efficient operation, which is necessary for its high-volume, low-margin business model. But one of the keys to Costco's success, and its profitability, is that the company spends next to nothing on advertising. Other than sending out direct mail to prospective members, and sending coupons to existing members, Costco does no traditional marketing at all.

Costco can get away with this for one simple reason: Its memberships sell themselves. The value proposition is obvious after one trip to a Costco warehouse, and the customer service is generally superior to that of other large retailers. Costco has had no problem growing its membership, and with renewal rates above 90% in the United States, it's had no problem retaining members, either.

How much does Costco save by shunning traditional advertising? Wal-Mart, which has always been a stingy advertiser, spends about 0.5% of its revenue on marketing each year. If Costco spent that same percentage of its revenue on advertising, its operating profit would be about 17.5% less. If Costco spent the same amount on advertising as Target does, about 2.2% of revenue, the company's operating profit would be slashed by 75%.

While other retailers need to advertise in order to get customers in the door, Costco doesn't have that problem. With most of its profits coming from membership fees, and with members renewing their memberships nine times out of 10, Costco has one of the most loyal customer bases in all of retail. Word of mouth is the cheapest form of advertising, and by providing its customers with the lowest prices available, Costco has no shortage of that.

Dan Caplinger (Membership): One huge way Costco stands out from nearly every other retailer in the industry is in how it aims to earn its profit. Retail tends to be a low-margin business, and retailers consistently compete on price while still trying to squeeze out enough profit to remain financially viable. Costco's membership model gives it a huge advantage, and the profitability of that gives the company more flexibility in setting prices where they will be most beneficial to its customers and its bottom line.

Specifically, membership revenue is almost pure profit, and it typically makes up nearly all of the net income Costco brings in. As a result, Costco can price its merchandise in a way that allows sales proceeds to just barely cover merchandise costs and the warehouse retailer's overhead expenses. Other retailers, by contrast, have to set prices higher because they don't have that cushion of membership revenue to support their profitability.

The membership model also gives customers the same incentives that Costco has to maximize sales. Once you pay your annual membership fee, taking advantage of savings opportunities becomes a vital part of the value proposition of your membership, leading to increased spending. With such high renewal rates, Costco clearly has its finger on the pulse of its shoppers and knows it's giving them what they want.

Demitrios Kalogeropoulos (Inventory management): Costco churns through its inventory more than 12 times each year. That lightning-quick turnover rate means it gets paid for what it sells before the bill to its suppliers comes due. That effectively shifts the responsibility of financing inventory over to Costco's vendors, helping make this one of the most efficient retailers in the world.

Rapid sales volumes are made possible by an intense focus on offering only the fastest-selling models, sizes, and colors for any particular product. Yes, Costco carries a wide selection of merchandise categories -- everything from electronics to tires to fresh food. But within those categories, a shopper's options are limited: The typical warehouse is stocked with less than 4,000 products, compared to 45,000 at a Kroger (KR 1.18%) grocery store, or 80,000 items at Target (TGT -0.26%).

But customers have been eager to take the trade-off of fewer overall choices in exchange for lower prices. In fact, Costco's shopper traffic has grown at an above-market 4% rate for six years running. The increased traffic is feeding a virtuous cycle of faster inventory turnover, translating into lower costs, lower prices, and still more traffic.

Jeremy Bowman (Customer experience): For many of the reasons mentioned above, customers love Costco. First and foremost may be the low prices it offers, but there are also several other reasons the retailer ranks among the leaders in its industry for customer satisfaction.

Costco offers a range of products unlike almost any other business, including eyewear, wine, pharmacy, apparel, and electronics, allowing customers to maximize their memberships, and consumers overwhelmingly approve of the quality of the merchandise. They also love the little things about Costco, like the $1.50 hot dog and soda deal (it sold over 100 million hot dogs last year) and the free samples peppered around the store.

Because Costco rotates products often, consumers have the chance to find a new deal or new item they like nearly every time they come into the store, making it a more exciting experience than most shopping trips. Its no-hassle return policy is also popular since Costco even offers cash refunds.

Throw in the thrill and comfort of getting a good deal, and it's easy to see why Costco has retention rates of around 90%.