It takes a certain type of investor to look at the energy sector today without holding their nose a little bit. With oil prices sliding and very little news suggesting that the oil and gas markets will turn around anytime soon, shares of the Energy Select Sector ETF are down a staggering 28% compared to the 8% gain for the S&P 500 over the past year. 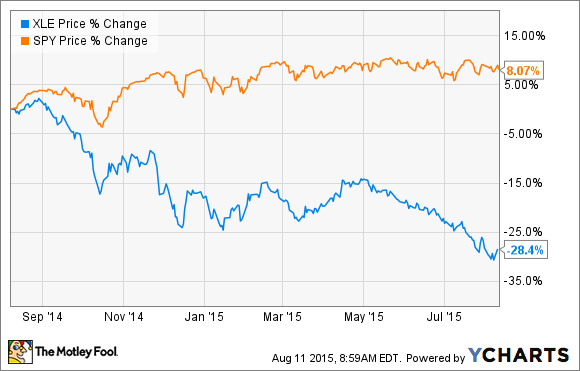 If you are the type of investor who sees value in buying energy stocks today, though, there are some great ones out there. So we asked three of our contributors which stocks are on their radars as potential investments today, and here's what they had to say:

Bob Ciura: Cheap oil stocks are everywhere, thanks to the huge decline in commodity prices over the past year. As of this writing, West Texas Intermediate crude stands at $42 per barrel and Brent crude sits at $49 per barrel. That has crushed profits across the energy sector, and stock prices have sunk in tandem.

But to long-term investors, this has set up some tantalizing bargains. I believe BP (NYSE:BP) is a stock to buy in August. At $35 per share, BP's dividend yield now exceeds 6.5%. Normally, this high of a dividend yield would be cause for concern that perhaps the payout might be slashed, but I feel BP's dividend is secure.

That's because management has reiterated its commitment to the dividend by raising lots of cash. BP has divested $7 billion of assets this year as of the end of its last quarter. Also, BP will cut capital expenditures this year to $20 billion, from prior expectations of $24 billion-$26 billion.

And BP recently settled with the U.S. to finally resolve the civil trial over the 2010 Gulf of Mexico spill. BP will have to pay $18.7 billion, which is a huge sum, but it will be spread over an 18-year period. After reaching the settlement and in addition to its other cash-raising activities, BP stated the company will be able to keep its dividend intact.

Maxx Chatsko: While Pacific Ethanol (NASDAQ:ALTO) saw its share price tumble 29% in July, it actually ended the month with a 23% increase in its market cap. The reason was dilution, or more precisely, a 72% increase in share count after the all-stock acquisition of Aventine Renewable Energy. Dilution is never great news for investors, but the operations of the combined company are pretty sweet.

Of course, the market was right to send shares lower to account for the higher share count and adjust the market cap accordingly. However, it seems that the near-term weakness in the ethanol markets is keeping a lid on fairly appreciating the near- and long-term growth the acquisition will enable. Ethanol prices and margins may never recover to their all-time highs of 2014, but there's no reason Pacific Ethanol won't capitalize on its new production capacity in the future.

Tyler Crowe: I can sympathize with investors who have exited their positions with National Oilwell Varco (NYSE:NOV), but it doesn't mean that I agree with them. The reason that National Oilwell Varco's shares have declined so much in the past year is twofold: There are too many rigs in both the offshore and North American onshore market today. A quick look at how fast the U.S. onshore rig count has declined gives you an idea of how many rigs are sitting idle in the wings today. 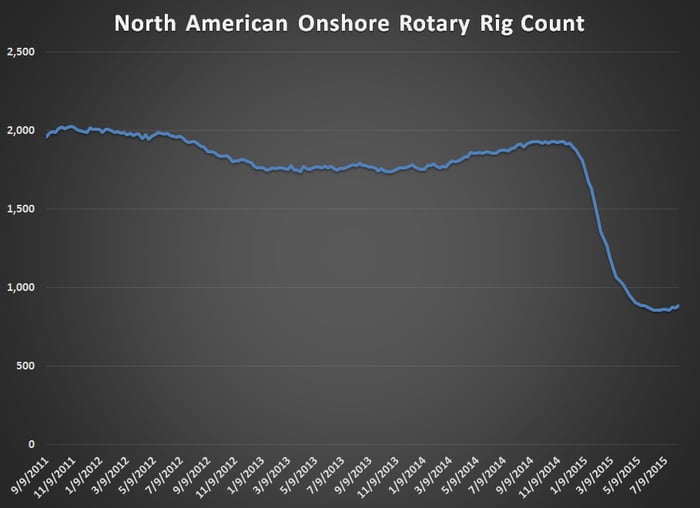 This is doubly true in the offshore market, where a slew of new rigs have been recently constructed only to not have work because so many of the older ones are still on the water. Add to that the fact that most of the large-spending oil companies like BP are making massive cuts to their drilling and exploratory budgets, and the demand for rigs and replacement rig parts is tepid at best.

Despite all of these factors, I'm still quite bullish on National Oilwell Varco's long-term prospects. Everything I just mentioned is a product of a cyclical market, something that the company has dealt with numerous times over its more than 100-year history. One thing that hasn't changed thus far is its market share dominance in the manufacturing of that equipment. More than 80% of the drilling equipment on offshore floating rigs today is a piece of National Oilwell Varco Equipment, which gives the company a massive opportunity in aftermarket parts sales.

With a $9 billion backlog of orders on the books, there is still plenty of work to keep the company busy for a while until market conditions improve, and when they do, National Oilwell Varco will be there to supply companies in the oil business for many more years to come. So instead of worrying that shares have declined 50% since last August, think about how much cheaper you can buy shares today.