To invest in many alternative investment classes such as hedge funds, venture capital, or private equity, an individual must qualify as an accredited investor. The rules governing exactly who is and who isn't accredited are pretty straightforward, even if most people don't qualify.

That's OK, though. You don't need to be accredited to be a successful investor. Here's why. 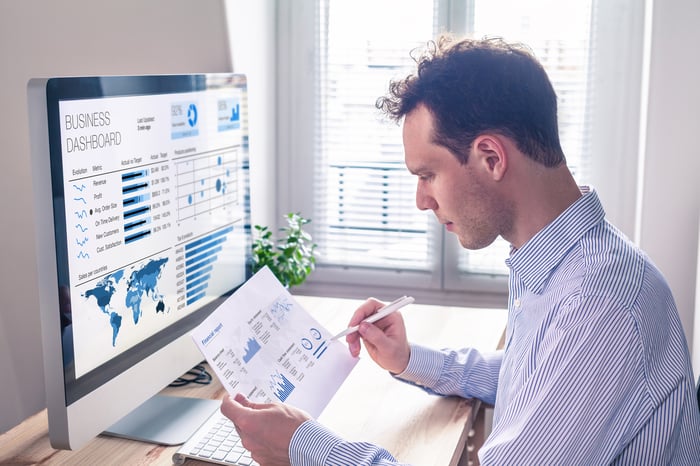 According to the SEC, being accredited shows that an investor is sophisticated and has sufficient funds so as not to need the same protections as an unsophisticated investor.

The definition of an accredited investor makes it clear enough that only rich individuals qualify, so the second part of the SEC's logic makes sense. If you have a lot of money, you can afford to lose a little.

On the first part, though, there are some problems.

The problem with the SEC's definition of an accredited investor
By the SEC's definition, having a million-dollar net worth makes someone sophisticated and therefore capable of making investment choices without the consumer protections offered to the less wealthy. I don't think that's necessarily true, but I understand why the SEC defines it this way.

Consider a lottery winner. Someone becomes an overnight millionaire. Nothing changed in that person's sophistication between buying the Powerball ticket and cashing it in. But in the eyes of the SEC, that short period of time essentially saw that lucky person go from unsophisticated to sophisticated.

Likewise, a brilliant nuclear engineer could command a salary of several hundred thousand dollars a year. That individual may be a master of physics and math, but that doesn't mean the person is financially savvy enough to avoid being snookered by someone peddling financial snake oil.

The truth is that the income and net-worth criteria are arbitrary and have absolutely nothing to do with sophistication. Instead, they have everything to do with having enough money to be able to afford taking a loss or two in the investing game. The alternative to determine sophistication would be some sort of a certification process, which seems unrealistic to me.

But don't worry if you consider yourself sophisticated financially just not rich. All is not lost.

For most people, becoming an accredited investor is irrelevant
For the overwhelmingly vast majority of people, there's no real benefit to being considered accredited.

Investing in hedge funds, private equity, and the like may seem like the pinnacle of investing prowess, but each of these asset classes are far from the golden ticket that they may seem to be. In fact, you can achieve long-term financial success investing as simply as in an S&P 500 index fund.

Need proof? Look no farther than Warren Buffett. He's amassed a fortune worth more than $66 billion, and he's done it in part by buying common stock just like you and I do.

Buffett is clearly accredited, but his success has nothing to do with that status. So instead of worrying about your status as an accredited investor or not, try to focus on becoming a true sophisticated investor. Buffett was able to do it with value-investing techniques that anyone can apply, including you.