Facebook's deal with the NFL ended after a very short test. 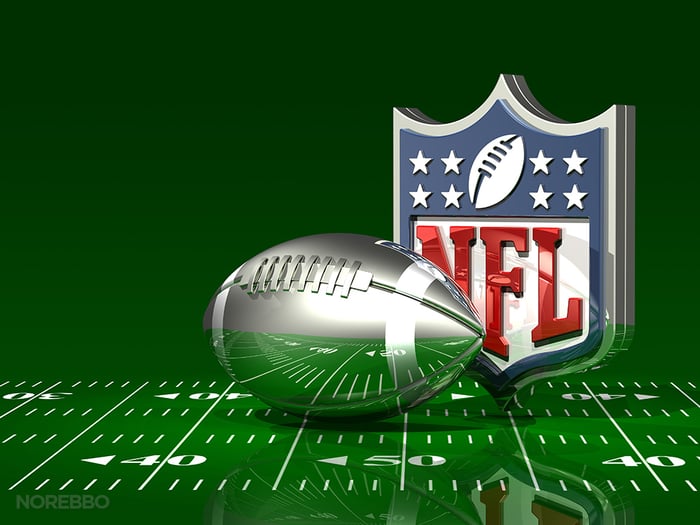 Football is a national obsession, with 202 million people tuning in to an NFL regular season game at some point last fall. That's as wide of a reach as Facebook (FB 1.18%), which sports 213 million monthly active users in the U.S. and Canada.

But after a short deal at the end of last season to display NFL clips featuring highlights, analysis, and fantasy-football advice, the NFL has reportedly decided to cut Facebook from its growing roster of social-marketing partners. The league recently extended its contracts with Twitter (TWTR 2.68%) and Google's (GOOG -1.29%) (GOOGL -1.34%) YouTube and partnered with Snapchat to show clips from the 2015 rookie draft.

Why Facebook didn't make the team
In the NFL's deal with Facebook last December, the two partnered with Verizon to sponsor the content the NFL produced. Every clip had a banner at the bottom that said "Sponsored by Verizon" and featured a post-roll video ad from the wireless carrier. This method allowed Facebook to autoplay clips within users' News Feeds, and if users engaged with the video, they'd eventually see an advertisement -- kind of like regular television surfing.

Moreover, Facebook's audience might not be the best platform for NFL fans. YouTube, with its proven advertising model and searchability, can be extremely useful to the NFL. The platform enables people to find a particular highlight or highlights from a specific day or game, and it allows the NFL to make some money off them.

Twitter, meanwhile, is still the No. 1 source for people to follow breaking news, and that includes sports. Twitter has made a bigger push into sports in the past few years. It introduced curated timelines for the NFL last season, which presented the best content posted to Twitter about each game. This feature allowed users to easily follow along with whichever game they were interested in.

Twitter's deal with the NFL is the most robust of any social network's. It includes real-time in-game highlights, breaking news and analysis, custom game recaps, behind-the-scenes content, and infographics.

The new Twitter contract puts Twitter in charge of ad sales against the content the NFL is producing. Curated timelines and the upcoming Project Lightning could be a key factor in monetizing the NFL's content because a 10-second pre-roll ad in front of a 20-second highlight clip isn't very effective.

Put this one in the "L" column for Facebook
Losing the NFL's content is a blow for Facebook in its efforts to compete in video. Moreover, it's a failure in Facebook's efforts to directly monetize video content. That won't inspire other video creators to work with Facebook anytime soon.

The social network reportedly already has a deal in place with the NBA for its upcoming suggested-videos feed, but it's been having trouble attracting talents who have made names for themselves via YouTube. The prevalent "freebooting" practice on Facebook has been something of a deterrent, but Facebook has started taking steps to curb video piracy on its platform.

Facebook's position in video is still strong compared with those of Twitter and other social networks. The company says its users watch an average of 4 billion videos each day. That kind of engagement, at the very least, keeps users on its site longer, enabling Facebook to show them more static display ads.