Users installed Windows 10 on 75 million devices in the first four weeks of its release. 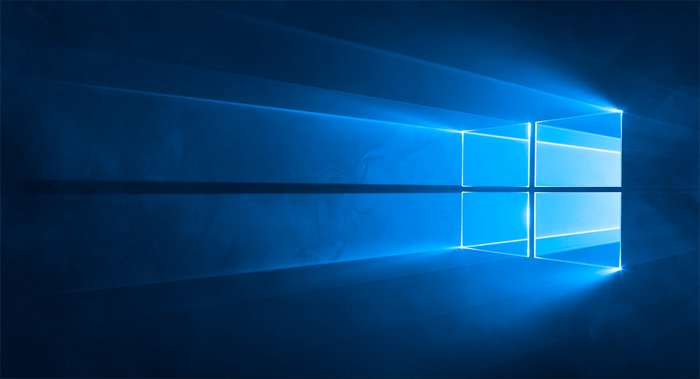 When Microsoft (MSFT 1.07%) announced it would offer free Windows 10 upgrades to every Windows 7 and Windows 8 user, it was announcing a dramatic change in its business strategy. Microsoft is used to banking billions of dollars from Windows licenses every year, but this shift means the software giant won't see much Windows consumer revenue for a year after Windows 10's release.

It also means there's a lot of pressure on Microsoft to spur adoption of the new operating system. And the company's second update shows that things are going well. In the first four weeks of its release, Windows 10 has been installed on 75 million devices. For comparison, it took Microsoft six months to sell 100 million Windows 8 licenses.

Adoption is only part of the strategy
It's one thing to get users to download a free piece of software; it's another to get them to pay for stuff after. Indeed, the entire idea behind offering Windows 10 for free and spurring adoption is to put a bigger focus on the Windows Store.

And Microsoft is seeing Windows 10 users download apps from the Windows Store at a significantly better rate than Windows 8 users. On average, Windows 10 users have downloaded six times as many applications as Windows 8 users. And that's only within a month of use. As time goes by, that number could rise even higher as users find a need for a different app, or new apps become available.

Windows 10 is a universal operating system, meaning it's intended to work across desktops, tablets, smartphones, and even the Xbox One. With the new OS, Microsoft is looking to leverage its strength in the PC market to establish a larger presence in the tablet and smartphone markets. Microsoft currently holds a market share of less than 3% in global smartphone shipments.

The biggest thing holding it back is its app store. The Windows Phone Store had just 400,000 apps as of March. Comparatively, the Apple App Store has over 1.4 million apps, and Google Play has 1.5 million. What's more, the apps in the Windows Phone Store are often of lower quality than their iOS and Android counterparts.

Showing developers that there's a growing audience of app downloaders is key to spurring developers to produce more and better Windows apps. Microsoft's goal is to have 1 billion Windows 10 devices in use by 2018. That would rival Android's reach and double iOS's, giving developers a solid base to build an audience on.

Downloads aren't everything
While the early success with Windows 10 and app downloads is a good sign, Microsoft needs to keep an eye on its users' satisfaction. The company has already released four updates to Windows 10 in the first four weeks, and Microsoft's VP in charge of Windows, Yusuf Mehdi, says he tracks user satisfaction daily.

Early Windows 8 was a disaster for user satisfaction, which ultimately led to low overall adoption over the subsequent three years or so. To reach 1 billion devices, Microsoft needs an excellent user experience -- free will only get you so far.

A good user experience will also get users to try out more of the built-in Microsoft features from Windows 10, including Cortana. That could ultimately lead to a higher market share for Bing, the default search engine for Cortana. It could result in more subscriptions to Office 365. And it could ultimately transform Microsoft into the "cloud and services company" Satya Nadella envisioned when he took over as CEO.

But it all starts with giving something great away to spur adoption. In the first month of its release, Windows 10 seems to be hitting the marks, but developing an entire ecosystem isn't within Microsoft's control. These early numbers are a great sign, but only time will tell if the strategy will play out as planned.