Please ensure Javascript is enabled for purposes of website accessibility
Log In Help Join The Motley Fool
Free Article Join Over 1 Million Premium Members And Get More In-Depth Stock Guidance and Research
By Daniel Sparks - Sep 4, 2015 at 11:15AM

While Apple TV sales may represent only a tiny portion of Apple's top line, investors shouldn't underestimate its importance.

Apple's (AAPL 0.17%) September 9 event, entitled "Hey Siri, give us a hint," is causing quite a stir. And the list of expected products to be unveiled continues to grow.

Ahead of the event, the ever-active rumor mill has narrowed down likely products to see the light of day to a new set of iPhones, new bands for the Apple Watch, an iPad mini 4 and 12.9-inch iPad Pro, and a significantly revamped Apple TV. While all of these announcements would be important ones for the tech giant, the Apple TV may be the most important item for investors to watch.

Bring on the apps!
Measured by hardware, the anticipated Apple TV has the sort of specs you would expect: the same A8 chip used in the iPhone 6 and 6 Plus, 8 GB and 16 GB storage options, the same ports, and a much-improved remote. But if the rumors are true, the magic won't be in the hardware. The best part of the new Apple TV will be the alleged App Store to go with it. The revamped Apple TV will have its own App Store, with emphasized support for gaming, unnamed sources tell 9to5Mac.

Apps represent one of Apple's most important yet least talked about businesses. Little attention is given to the company's app sales for two reasons. First, Apple doesn't break out App Store revenue as its own segment when it reports financial results, so investors are left to piece together ever-changing references from management to different aspects of the business. Second, app sales represent a small portion of Apple's total revenue.

But don't be deceived by the App Store's stooped stature on Apple's financial statements. It's more critical to the company's business than investors realize. Why? First of all, App Store revenue is arguably understated; the company doesn't account for gross billings, but only the 30% of total App Store sales that Apple actually keeps for itself. Apple analyst Horace Dediu recently pointed out that gross Apple App Store billings have surpassed total U.S. box office sales and are set to surpass global box office revenues next year.

Second, App Store revenue is a representation of Apple's increasingly invested customer base. As more iOS users spend more on apps, the more entrenched these users are in Apple's ecosystem. 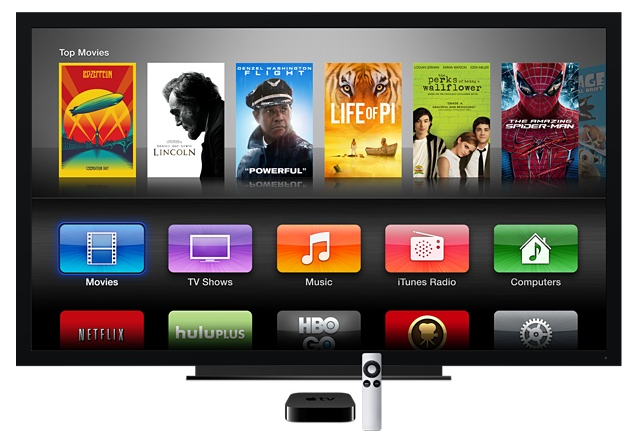 Finally, and perhaps most importantly, investors should take note of how fast App Store sales are growing. Apple's annual run rate of gross billings, as Dediu explains, in July is up about 50% from the year-ago quarter.

The impact
Apple's services segment, which includes App Store sales along with revenue from a host of other services, earned $5 billion in revenue, or 10% of total sales, during the company's most recent quarter. This figure is up 12% from the year-ago quarter, which marks faster growth than the Mac and iPad segments (third-quarter iPad revenue was actually down 23% from the year-ago quarter). But as the App Store continues to grow as a percentage of its services revenue, this segment is likely to see more rapid growth in the future -- and the addition of an App Store for Apple TV should help.

An App Store for Apple TV, therefore, could not only serve as catalyst for further revenue growth in the company's fast-growing App Store sales, but it would also play a key role in getting customers even more entrenched in the company's ecosystem of integrated hardware, software, and services. An App Store for Apple TV would increase the switching costs for Apple's customer base and make the overall suite of its products even more compelling.