Verizon is the largest telecommunications company in the U.S. and is extremely well-positioned to produce substantial cash flow for the foreseeable future, with a healthy yield to boot. 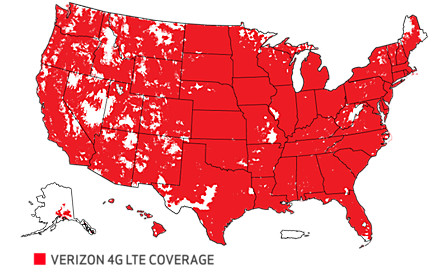 Verizon (VZ 0.43%) is a $180 billion-plus telecom behemoth that boasts over 135 million wireless subscribers.It also derives revenue from its FiOS service that provides Internet and television to over 5 million customers. A company of this size in a relatively unsexy business doesn't have a use for all of the prodigious cash flow that it spits off each year -- $34.73 billion on a trailing-12-month basis -- and has chosen to pay a substantial dividend to shareholders since the late 1980s. At recent closing prices, Verizon shares were yielding 4.9%.

A modern-day utility?
Some of the best businesses with the most predictable and substantial cash flows can be some of the simplest to understand. Two towns connected by one bridge as the only means of connection will make the bridge owner a wealthy man if he charges a toll. With some basic upkeep and a few employees, the owner can predict with some certainty how much money will be generated on a year-to-year basis.

While not quite as simple as that, Verizon is running a similar operation. It connects people to services that are pretty much a requirement of modern American life -- cellular transmission and Internet. People sign contracts with Verizon that lock them into multiyear agreements to pay a monthly fee. Even though consumers generally don't have the warmest of feelings toward their telecom and cable providers, they continue to pay because of the necessity of the service and a dearth of viable alternatives.

The best businesses, which are generally the best long-term investments, usually have powerful moats that provide pricing power and protection from competitors. For Verizon, like most other telecoms, its moat is built on switching costs, which are the costs -- including money, time, and effort -- that a person has to put into changing the source of something he buys.

You may be able to knock your cell-phone bill down from $100 a month to $90 by doing some research, contacting other providers, and switching over your information, but most people tend to stay where they are. Inertia is a very powerful force in consumer-facing businesses. Customers generally don't leave their banks, insurance agencies, or wireless providers. When you're already the market leader, as Verizon is, inertia is good. According to a Q2 news release from the company, there was "retail postpaid churn of 0.90 percent, the lowest in three years." Churn refers to lost subscribers.

Why such a high payout ratio?
Verizon shares currently yield south of 5%, which is a wonderful return for income seekers in this low-rate environment, but a solid yield is only worth anything if it's going to be paid into the future. The payout ratio is one tool investors can use to assess the safety of a company's dividend. Generally I like to see a payout ratio below 50% so that a drop in earnings won't put the dividend in jeopardy. Verizon's is currently almost 92%, but that doesn't concern me. Here's why.

The business is predictable, stable, and growing. If a retailer, tech company, or cyclical industrial company had a payout ratio this high I would be concerned. A few weak quarters could lead to a forced dividend cut, which would likely send the stock down. Since Verizon's business is based on a lot of locked-in contracts and renewals, and it basically operates like a utility I feel much more confident in it paying out 92% of earnings.

Let's imagine two fictional businesses. The first knows that it will generate between $950 million and $1 billion of EBITDA each year for the next five, while the second knows that it will generate either $500 million or $2 billion in EBITDA each year over the next five. Which one of these companies would you feel more comfortable with pledging to pay out $850 million a year in dividends for the next half-decade? I'd pick the former.

Secondly, Verizon's yield is already very high, and I'm not looking for significant dividend growth. If a company is early on in initiating its dividend, it may yield only 1% or so. Part of the thesis for investing in companies like this is that the yield will rise over time. In an example such as that, a 90% payout ratio would concern me greatly. But I don't expect Verizon to yield much higher than it currently does at any point in the future, barring a severe temporary selldown. The stock price should rise, and the dividend will probably be raised along with it.

Why are dividends important?
Dividends are an important part of my investing arsenal. I know some investors who will only buy stocks with dividends and others who steer clear altogether. I'm largely agnostic and see them as a piece fitting into my larger portfolio. You won't see Verizon zoom up 200% in six months like some high-flying biotech might, but you also won't see it drop 50%. As long as a dividend-paying company continues to operate well, its stock is less susceptible to the market's short-term whims. If Verizon stock were to begin to drop, its yield for new investors would rise inversely. After a 50% haircut, the company would yield around 10%. I would strongly surmise that new investor money would pour in long before that happened, hoping to lock up 6%, 7%, or 8% returns from this solid blue chip. This buying would drive the stock price higher.

Solid dividend stocks can provide security, allow investors to dollar-cost average into positions by automatically reinvesting their dividends, and will often times outperform the highfliers over the long term. Verizon has a wonderful business model, a powerful moat, and a nearly 20-year history of uninterrupted dividend payments. It is a holding that I envision will be a part of my portfolio for decades to come.