Please ensure Javascript is enabled for purposes of website accessibility
Log In Help Join The Motley Fool
Free Article Join Over 1 Million Premium Members And Get More In-Depth Stock Guidance and Research
By Brian Stoffel - Sep 7, 2015 at 6:20AM

You have far more control over this key type of inflation.

Though she chose to skip the Jackson Hole summit, Janet Yellen holds the keys to a possible interest-rate bump. Photo: Day Donaldson via Flickr.

This past weekend, the powers that be gathered in Jackson Hole, Wyoming, to discuss the state of the global economy. One of the key moves that just about everyone on Wall Street has been focusing on is whether or not the Federal Reserve will bump up interest rates in September -- as the organization has signaled all summer long.

Rates have been near zero for some time now, and raising it gives the Fed some needed ammunition in case the economy heads south. But it is also the key tool that the organization has at its disposal to fight inflation.

While it's understandable that major hedge-fund managers are keenly interested in how inflation and an interest-rate bump might affect their portfolio, it's too bad that so much ink is being spilled over this.

That being said, I'd like to take this attention and shift the spotlight on a type of inflation that each individual has far more control over -- and that could have far greater consequences for the average American family.

We all do it, myself included. When you get the second or third big raise of your career, you go out and get a new car, or start eating out more often, or put that addition on the house that you've always been dreaming of.

Here in America, one of the richest nations the world has ever known, we've suffered from lifestyle inflation for decades. One need only look at the median size of the new home to see this. 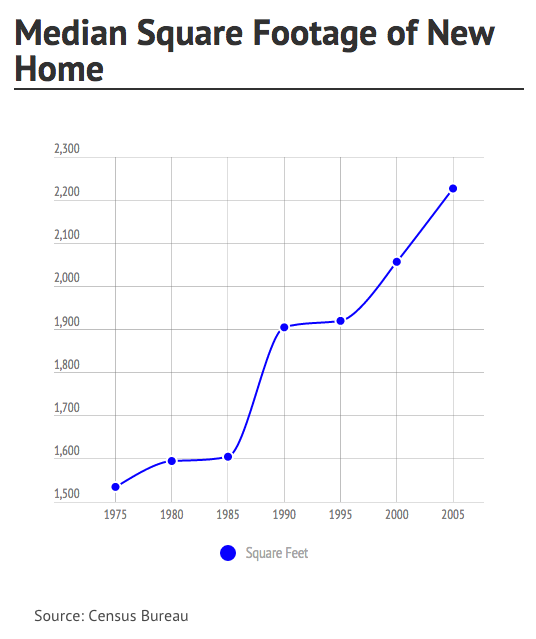 But when the Great Recession hit, we started to see a little bit of sanity return to how we build our houses. Between 2007 and 2009, the median size of a new home actually shrunk. Sadly, that trend has reversed itself and Americans are once again building bigger and bigger houses. 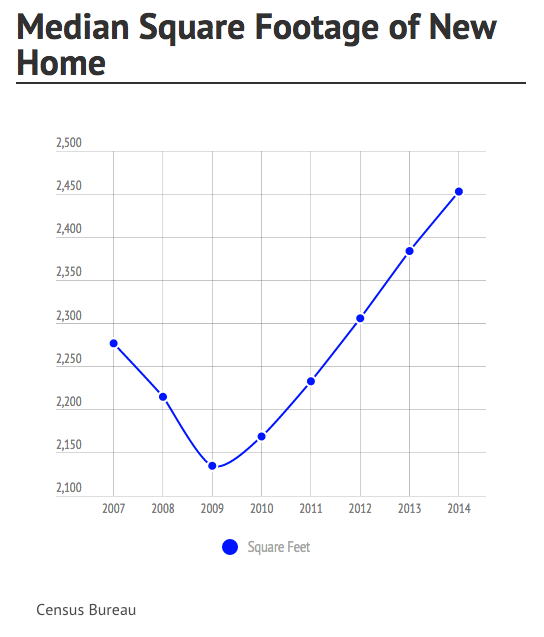 Is it really possible that yesterday's individual (1975) was direly unhappy with about 530 square feet per person, and today's -- with an astounding 965 square feet -- is that much happier? The answer -- obviously -- is "no."

In 2007, Italian researchers completed a fascinating study that showed Americans were less happy than 30 years ago. The culprit was obvious: "The main cause is a decline in the so-called social capital -- increased loneliness, increased perception of others as untrustworthy and unfair. Social contacts have worsened, people have less and less relationships among neighbors, relatives and friends," said Stefano Bartolini, one of the authors of the study.

The study also pointed to longer working hours and more stress as key factors that led to less time with family, friends, and community members.

The alternative
The watershed realization should be that your overall happiness and your susceptibility to lifestyle inflation are closely related. As fellow Fool Morgan Housel has written about before, there are four keys that come up again and again as necessary components of a happy, content existence:

The most important step you can take in obtaining all four of these characteristics is figuring out where your level of "enough" is. Once your figure this out, any incremental increases in your income can go toward investing and saving for retirement -- or better yet, financial independence.

The more you have sitting in your nest egg, the less likely you are to feel the pressures to work longer hours that you don't want to work and continue plowing away at a job you hate. In its place, you'll experience the freedom that comes with financial independence and the time to nurture the things that can really lead to sustainable contentment.