From digital distribution to mobile and the rise of small developers, the video game landscape is being drastically altered. Here's what investors need to know. 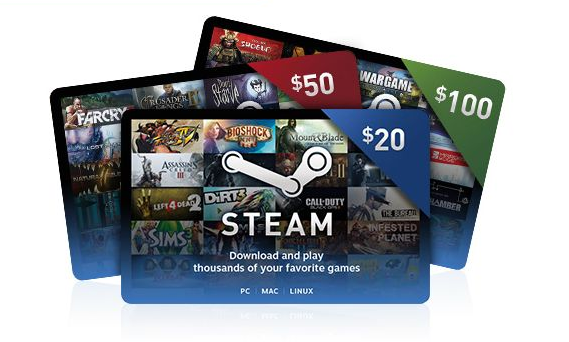 Digital distribution and platforms like Steam are making waves in the video game market. Credit: Steam.

If one thing is constant in the world of technology, it's change. And in few places has that change been more evident in recent years than in video games. Of course, investors and gamers alike have grown accustomed to a constant state of flux and advancement in the video game industry dating back to the first game consoles. In fact, according to our contributors, three powerful trends are changing the landscape of the video game industry as we speak:

Andres Cardenal (digital distribution): As technological possibilities have materially increased over the last several years, digital distribution -- meaning that video games are delivered entirely online and without a disk support -- is one of the major changes affecting the video game industry. In fact, many PlayStation 4 games are only available in digital format.

Everything indicates that the trend will continue gaining steam due to increased download speeds in the coming years, and this will probably have huge implications across the board. Video game retailers are operating in a remarkably challenging environment, and they need to make big efforts to adapt to the new paradigm. Used video games are currently a major source of profitability for physical retailers, and the digital distribution model could deliver a massive blow to this business.

On the other hand, game developers and consumers stand to benefit substantially from digital distribution. Costs should get lower over the years due to reduced intermediation. Besides, physical retailers need to prioritize their limited shelf space, only selling the video games that are popular enough among the masses. In the digital distribution world, we should see more room for niche market titles.

Digital distribution also means that developers can continue working on their products past the official release dates. Game developers keep in permanent touch with consumers, listening to what they have to say and even developing patches for their games. This should lead to a more dynamic and efficient process over time.

Steve Symington (shift to mobile): Along a similar vein, the gaming industry has endured a massive shift to mobile platforms in recent years, enabled by the meteoric rise of processing power and efficiency of mobile devices. In turn, this led to the rise of "freemium" game publishers who rely on in-game purchases and advertisements to drive the bulk of their revenue. But at the same time, it's exceedingly difficult to create and sustain successful free-to-play mobile-game franchises on a regular basis, let alone achieve sustained long-term profitability with this model.

Take Zynga (ZNGA), for example, which saw mobile bookings comprise a full two-thirds of its total last quarter, but whose overall bookings also peaked in 2012 despite a subsequent push for new titles to diversify its business away from Farmville. And though revenue in Zynga's most recent quarter climbed more than 30% year over year to nearly $200 million, that still resulted in a GAAP net loss of almost $26.9 million in Q2 -- albeit including a $12.9 million restructuring charge related to cost-reduction efforts. Even on an adjusted basis, which means excluding items like restructuring and stock-based compensation, Zynga achieved a net loss of $7.6 million.

To be fair, that's not to say money can't be made in mobile and free-to-play games. But as an investor, I prefer to play the trend through larger companies like Activision Blizzard (ATVI 1.34%). Activision is not only solidly profitable thanks to multiple hit franchises including Destiny, Skylanders, World of Warcraft, and Call of Duty, but also dabbles in the free-to-play mobile-game space with related, complementary titles like the card-battle game Hearthstone: Heroes of Warcraft and the impending 2016 release of Skylanders Battlecast.

In any case, while the influence of mobile gaming will almost certainly continue to grow, at this point it seems safe to say traditional gamers have little reason to fear the demise of the massive blockbusters they've grown to know and love.

Tim Green (the rise of smaller developers): While high-profile games like Call of Duty and Grand Theft Auto bring in millions, and sometimes even billions, of dollars for large video game companies like Activision, Electronic Arts, and Take-Two, a big change has been unfolding in the video game industry over the past few years. The barrier to entry for small game developers has eroded, making it possible for hit games that sell millions of copies to be made by a small group of developers with few resources.

Services like Steam have made it possible for developers to reach millions of potential customers without the need for a big publishing company and a network of retail stores. Top-of-the-line game engines and development tools, which would previously need to be developed in-house or licensed for thousands or even millions of dollars, are now affordable for even the smallest of development teams. Epic Games, the company behind the Unreal Engine, switched to a $19 per month plus 5% royalty model last year, drastically broadening its reach.

Even the process of funding games is being upended. Crowdfunding sites like Kickstarter and Steam's early access program, where developers can sell access to unfinished games, have created new options for small developers. Incredibly, half of the games that have sold over 1 million units on Steam so far this year have been early access titles.

All of this points to a broadening of the video game industry, which is a great thing for consumers. The success of Steam's early access program, in particular, demonstrates that there's plenty of pent-up demand for the types of games that big game companies simply aren't interested in producing. While big-budget games certainly aren't going away, the major game companies are facing more competition than ever before.