Stacking the two consumer goods giants against each other as income investments.

People tend to buy their preferred consumer staples regardless of what's going on in the economy. Even during a sharp economic contraction, demand for brands like Kleenex tissues, Huggies diapers, and Tide detergent doesn't collapse in the way that, say, new cars or homes do.

That's a big reason why consumer-goods giants Kimberly-Clark (KMB -0.19%) and Procter & Gamble (PG -0.28%) have two of the longest dividend growth track records around. Both easily qualify as dividend aristocrats, having hiked their payout through good times and bad. P&G has boosted its dividend for 59 straight years, and KMB is sitting at 43 consecutive annual raises.

Their stocks are each paying hefty yields of more than 3% at the moment; but which one makes the better overall choice for income investors? Here are a few key investment statistics to get us started at answering that question: 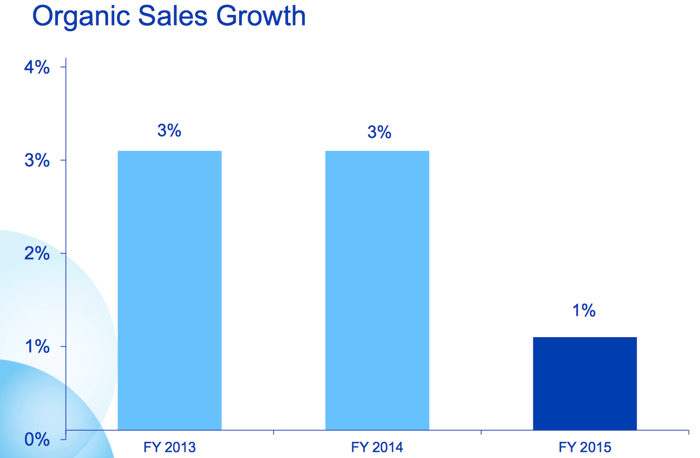 Those bigger-picture trends have continued into 2015, with KMB's organic sales up 4% during the last six months, as P&G has stayed flat. KMB is doing particularly well in emerging markets lately. Its personal-care division logged 14% revenue growth last quarter, as volumes spiked higher in China and Latin America. The positive momentum gave management confidence to boost its full-year profit outlook, as CEO Thomas Falk told investors that his team is "optimistic about our prospects to generate attractive returns to shareholders."

Pick P&G for its profitability
Despite its recent sales-growth struggles, Procter & Gamble posted a double-digit profit improvement in 2014, which shows the power of its massive global operation. That rock-solid profitability is a good reason why investors might prefer P&G over its smaller rival: Gross profit margin runs at nearly 50%, compared to 36% for KMB. 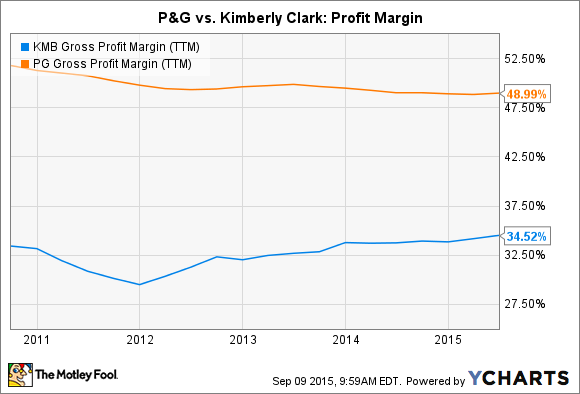 There also are some good reasons to expect P&G's earnings gap to improve from here. After all, the company has sliced billions of dollars of annual costs out of its operations during the past two years. Yet foreign currency swings are masking all of that improvement.

Exchange-rate pressures kept operating profit margin flat, at 19% of sales last year, when they otherwise would have jumped to 22%. Once those currency issues fade, profit growth could return with a vengeance.

P&G has also just completed a strategic shift that involved selling off dozens of its least-attractive brands, leaving a focused portfolio of just 65 blockbuster franchises. New CEO David Taylor says the change will help P&G transform into a "faster-growing, more profitable company." But investors will need to be patient as they wait for that shift to show up in operating results: Management forecast flat growth for current fiscal year.

Foolish bottom line
Still, the different sales-growth trajectories of these two companies is likely what's behind their diverging stock prices. On a total return basis, Kimberly-Clark shares are up 100% in the last five years compared to 80% for the stock market, and just 36% for Procter & Gamble. Thanks to strong profit growth, P&G could easily outperform KMB and the market during the next five years. But that won't happen until the company can break out of its organic sales slump that's heading into its fifth year.