Facebook (NASDAQ:FB) is finally giving investors some color about how it is planning to monetize its messaging services, particularly its Facebook-integrated Messenger.

CEO Mark Zukerberg hinted during the company's second-quarter earnings call that investors would see some of these first steps toward monetization soon. Indeed, the company has already been taking action in several key areas to move closer to the CEO's vision for turning its messaging services into legitimate businesses. 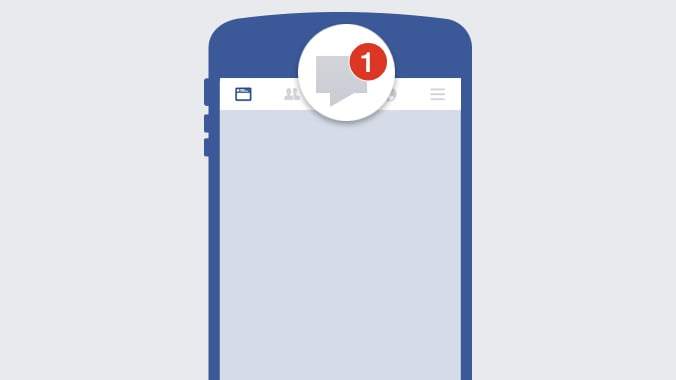 Monetizing Messenger
To make money from its messaging services like Messenger and WhatsApp, Facebook is going to need to enable communication between customers and businesses. Facebook could eventually monetize these interactions in a number of ways in the future, including by charging a commission on any sales made through Messenger, or by selling tools for targeted messaging (similar to the way businesses can now buy targeted ads).

But as Zuckerberg slowly takes the wraps off the company's plans to monetize messenger, he is taking pains to emphasize that the first steps involve enabling business-to-customer relationships organically -- outside of a pay wall. This strategy is similar to how the social network enabled organic business interactions in the News Feed through Page posts before it started selling ad products to businesses.

"But the long‐term bet is that by enabling people to have good organic interactions with businesses," Zuckerberg said during the company's second-quarter earnings call, "that will end up being a massive multiplier on the value of the monetization down the road when we work on that and really focus on that in a bigger way."

One of the most prominently highlighted moves Facebook has taken recently to move toward monetization for Messenger was the rollout of M, a personal assistant built into Messenger that completes tasks, finds information, and even helps users shop. Currently, M is in beta testing with a small, limited group, but Facebook plans to eventually bring M to all users.

Given the intriguing nature of such a feature, M's debut has been documented exhaustively by tech websites and the media in general. But one undervalued move by the company toward turning Messenger into a business occurred in early August, when Facebook announced it would prominently highlight messaging as a tool for business-to-customer communication.

Pointing customers to Messenger
"There's a reason many people prefer to communicate with friends and family through private messaging: it's fast and convenient," Facebook said in a blog post on its official Facebook for Business blog on August 5. "And increasingly, people want to communicate with businesses in the same efficient way."

In the blog post, the company went on to announce features for Pages focused on making it easier for customers to send private messages to businesses, as well as new tools for Page administrators to manage and respond to messages.

Facebook highlights a new badge Pages can earn by having a high response rate to incoming messages. Source: Facebook.

These new features, paired with the eventual debut of M for all Messenger users, are the first steps to helping businesses begin to organically interact with customers through messaging.

Facebook has focused heavily on improving Messenger recently. In addition to these changes aimed at helping businesses fit snuggly into the service, the company has recently introduced mobile video calling, a new way to share locations, and the ability to sign up for Messenger without having a Facebook account. Messenger boasts 700 million monthly active users, just behind WhatsApp at 800 million.

Zuckerberg warned during Facebook's second-quarter conference call that it's going to take time for the company to build messaging into a business. Investors will need to be patient as the social network gives these interactions time to build organically before it introduces fee-based tools.

Still, it's good to see Facebook uncovering evidence of a legitimate strategy to monetizing its active Messenger user base. And this strategy could, presumably, eventually be carried over to WhatsApp, which currently has 800 million monthly active users.