Please ensure Javascript is enabled for purposes of website accessibility
Log In Help Join The Motley Fool
Free Article Join Over 1 Million Premium Members And Get More In-Depth Stock Guidance and Research
By Daniel Sparks - Sep 11, 2015 at 9:17AM

At last! An Apple TV upgrade worth paying for. Here's the details on Apple's latest set top box -- and why it's worth the price.

For years, there's been no significant reason for Apple (AAPL 4.08%) customers to upgrade their Apple TV set-top box. Indeed, the only notable reason for anyone to use the 2010-launched Apple TV with the latest hardware has been to transition from 720p to 1080p video. While this could be a deal-breaker for some, it's a nonfactor for many Apple TV users -- users like myself, who still have this 2010 model plugged into a TV. But the company's newest Apple TV puts the company's set-top box hardware in new territory, signaling the tech giant's first attempt to treat the hardware with the same attention it brings to other important product segments like the iPhone, iPad, and Mac. 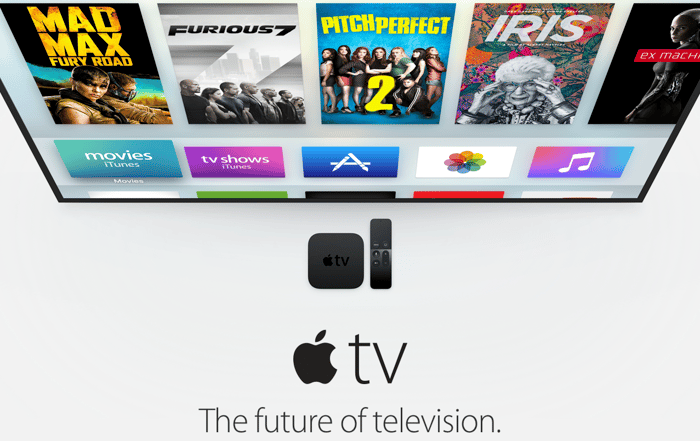 Why I'll be giving Apple $149
In a nutshell, the key benefits of the latest generation Apple TV include more powerful hardware, a sleek, faster, more effective operating system called tvOS, a much-improved remote, as well as deep Siri integration. But one facet of the newest Apple TV stands out above the rest as a key differentiator: an App Store.

With prices ranging from $149 to $199, depending on whether you get the 32GB or 64GB version, the new Apple TV is considerably more expensive than the previous $69 Apple TV. However, it's likely most customers will be more than willing to pay the difference to upgrade to the latest model, as older Apple TV models will not support the new Apple TV App Store. Moreover, iOS and Mac users are well aware of the immense value added when third-party developers are finally given access to a software development kit, or SDK, for a given device. Apple's large customer base lulls legions of software developers to any SDK the company launches, and game-changing apps are born.

Pairing the Apple TV's A8 chip with its remote, which includes a built-in accelerometer and gyroscope, as well as a touch surface, games will undoubtedly be a huge focus for developers initially. But the appeal of the App Store for Apple TV will undoubtedly reach beyond gamers. At the event, nongaming apps shown included home-sharing rental company Airbnb, real estate listing company Zillow, and apparel retailer Gilt. As has been the case with apps on other iOS devices and on Macs, developers will certainly come up with some surprising uses for the new device.

A catalyst for Apple's services segment
While sales of Apple TV hardware will fall in the company's "other products" segment, along with sales of Apple Watch, Beats products, iPods, and other Apple-branded third-party accessories, the new hardware is most likely to have a more meaningful impact on its "services" segment, as this is where sales from the App Store on Apple TV will be accounted for. Sure, the sales of Apple TV from pent-up demand could move the needle on other products -- the company's smallest segment -- but the effect would be small. After all, previously supply-constrained Apple Watch sales will likely continue to represent a larger portion of the segment and grow the total revenue reported in this segment as supply ramps up and as the new product catches on with customers, making it difficult for a $149- to $199-priced item to make much of a difference on this growing segment. Further, even though Apple's other products segment is its smallest, it is still large in absolute terms, bringing in a total of $2.6 billion in revenue during the last quarter alone.

But over the long term, App Store sales on the newly launched Apple TV could have a more sustainable and notable impact on Apple's business than the actual unit sales will. With Apple's services revenue coming in at $5 billion in Apple's most recent quarter, it will take some time for App Store sales on Apple TV to budge this category, but the net effect over the long term will likely be larger and more sustainable than the effect of Apple TV hardware sales on Apple's smaller other products segment.

In short, the App Store for Apple TV is not only a game-changer for customers, but it's also important for Apple's business.