In response to the ongoing strengthening of the U.S. dollar, Apple is increasing iPhone prices in several key markets. But it doesn't include China.

The U.S. dollar's continued strengthening has hurt a wide range of multinational companies, including Apple (AAPL -2.46%). Considering 64% of revenue is now generated from international sales, the company has a lot of exposure to a lot of different currencies that have been getting weaker against the dollar. Apple has said before that it tries very hard not to change prices in the middle of a product cycle in response to foreign currency fluctuations.

But with the iPhone 6s and 6s Plus being unveiled last week, Apple is starting fresh on a new product cycle -- and Apple is taking the opportunity to raise prices in certain key markets.

Moving on up
First spotted by MacRumors, there are a handful of markets where the iPhone 6s and 6s Plus are priced higher than their predecessors. The iPhone 6s Plus in Canada got a $60 CAD price bump for each storage configuration. In Australia, the increase was $80 AUD. European countries are also being affected, with the iPhone 6s coming in at 40 euros more than the iPhone 6.

If you look at how U.S. dollar has strengthened in these markets over the past year, the increases are not surprising as Apple needs to preserve its revenue after being converted to U.S. dollars. For example, here is the U.S. dollar versus the Canadian dollar. 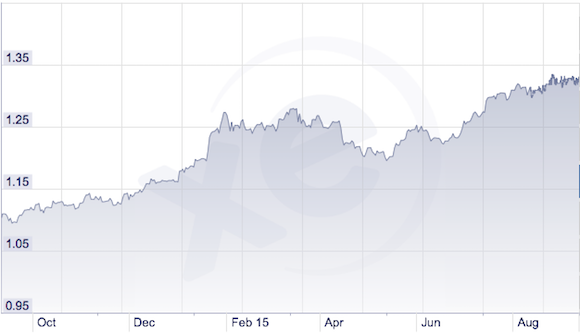 Here's the U.S. dollar versus the Australian dollar. 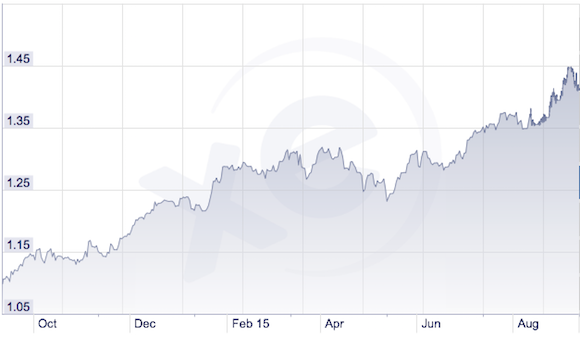 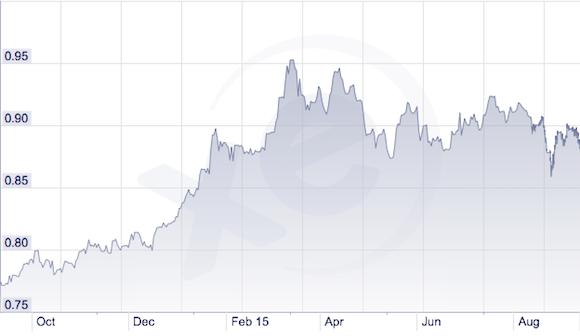 Not all markets are being affected though. U.K. prices are unchanged, as the U.S. dollar's strengthening hasn't been as significant compared to the GBP.

The elephant in the room
Of course, with any discussion of price increases in foreign markets, we have to inevitably turn to China. As Apple's second-largest market and arguably it's most important iPhone market, investors are probably wondering if Apple is planning on responding to the pesky yuan devaluation from a month ago. There has been much speculation on whether or not Apple would increase prices in The Middle Kingdom to compensate, which could theoretically risk hurting demand.

Well, I have good news for you: Apple is not changing iPhone pricing in China. The iPhone 6s will start at the same 5,288 yuan price point as the iPhone 6 did last year. All of the storage configurations are priced identically.

This is even more notable when you consider how the yuan exchange rate has changed over the past year, especially with that un-ignorable spike in August.

Investors can now breathe a collective sigh of relief, since iPhones are already expensive enough in China. Another encouraging data point is that the iPhone 6 is moving down to the 4,488 yuan price point, which makes Apple's first 4.7-inch iPhone that much more affordable too.