Please ensure Javascript is enabled for purposes of website accessibility
Log In Help Join The Motley Fool
Free Article Join Over 1 Million Premium Members And Get More In-Depth Stock Guidance and Research
By Dan Caplinger - Sep 16, 2015 at 8:00AM

The casino giant recently named a new leader for its key China unit. Find out who it is and why you need to pay attention.

Casino giant Las Vegas Sands (LVS -1.41%) has transformed itself from a Vegas staple to a worldwide casino empire, and much of the company's reinvention has come in just the past decade. In particular, the emergence of Sands China and its broad exposure to the former Portuguese colony of Macao has turned Las Vegas Sands upside down, putting the lie to the company's corporate name as the casino industry stalwart no longer gets most of its business from its hometown. Indeed, as Las Vegas Sands moves forward with a new chief operating officer for its Sands China unit, now's a good time to take a look at exactly what has happened to Las Vegas Sands in recent years and why the new appointment is so essential to the company's long-term success.

Two things stand out about Wong as a new leader for the casino giant's key China unit. First, Wong doesn't have experience in the casino industry, with most of his past leadership roles coming from serving in the property development and construction business, along with public-sector service for the Hong Kong and Chinese governments. That might seem like a liability, but Wong's exposure to the real-estate market gives him some useful expertise in dealing with casino development projects.

More importantly, some see Wong as having the inside track in working with regulators in Macao and China to ensure that the launch of the Parisian Macao and other future developments go smoothly. With past experience in government bureaucracy, Wong could be able to ensure that Las Vegas Sands gets its concessions renewed and gets approval for table gaming and other key licenses for existing and future properties.

Why Sands China matters so much
What's perhaps most interesting about Sands China's latest move is just how important it has become to Las Vegas Sands' overall success. As recently as 2003, all of Las Vegas Sands stated revenue came from its Venetian, Palazzo, and Sands Expo Center properties in Las Vegas. Sands Macao made a big splash right away, though, and by 2006, it represented more than half of Las Vegas Sands' sales: 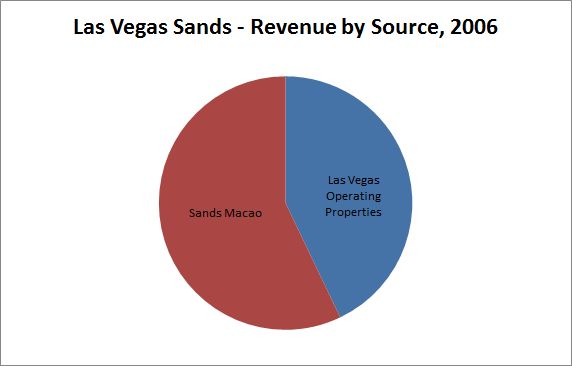 That was just the tip of the iceberg, though. In the years that followed, Las Vegas Sands opened the Venetian Macao, the Four Seasons Macao, and the Sands Cotai Central, as well as the Marina Bay Sands property in Singapore. As a result, Las Vegas became even less important, and Asian gaming exposure dominated the company's financials. 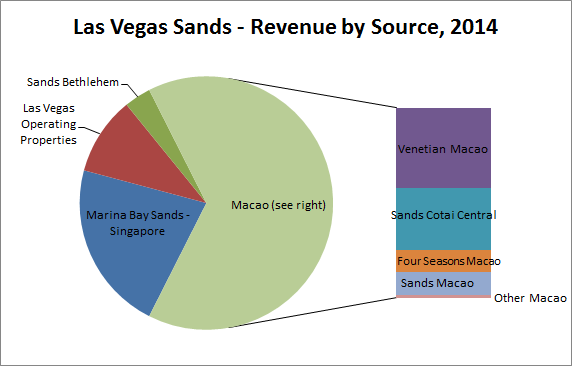 Where the profits are
The same is true of on the bottom line. Even in 2006, the potential of Macao was evident, with earnings before interest, tax, depreciation, and amortization coming predominantly from outside Las Vegas: 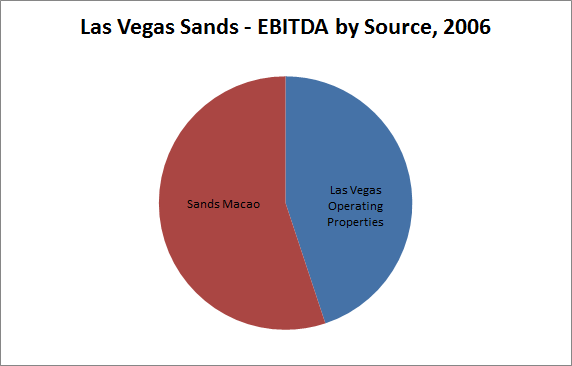 By 2014, far less than 10% of Las Vegas Sands' profit came from Las Vegas. Macao represented a huge part of its bottom line gains, and even as Singapore has thrived, Macao still wields greater weight on the income statement. 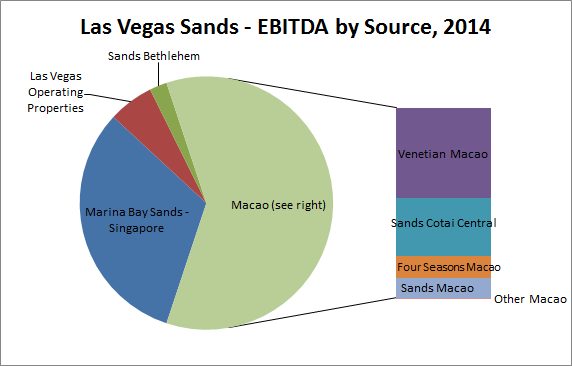 In this light, it's clear that Las Vegas Sands is trusting Wilfred Wong with a huge responsibility of ensuring that the company's key Sands China unit remains the primary driver of growth for the overall business. Even without past experience in leading a casino company, Wong will play a key role in the future of Las Vegas Sands, and shareholders have to hope that his experience in dealing with the Chinese government will help the casino giant get the long-term results it's counting on to drive growth for Las Vegas Sands in the years to come.