Please ensure Javascript is enabled for purposes of website accessibility
Log In Help Join The Motley Fool
Free Article Join Over 1 Million Premium Members And Get More In-Depth Stock Guidance and Research
By Chris Neiger - Sep 16, 2015 at 9:00AM

T-Mobile's 700 MHz spectrum is being put to the test with the company's latest guarantee.

On the heels of Apple's big event last week, T-Mobile (TMUS 0.13%) CEO John Legere recently took to his video blog to promote the carrier's new Lifetime Coverage Guarantee.  The offer is aimed directly at new iPhone 6s and 6s Plus users, and T-Mobile's hoping it can show off its new spectrum strength to its network doubters. 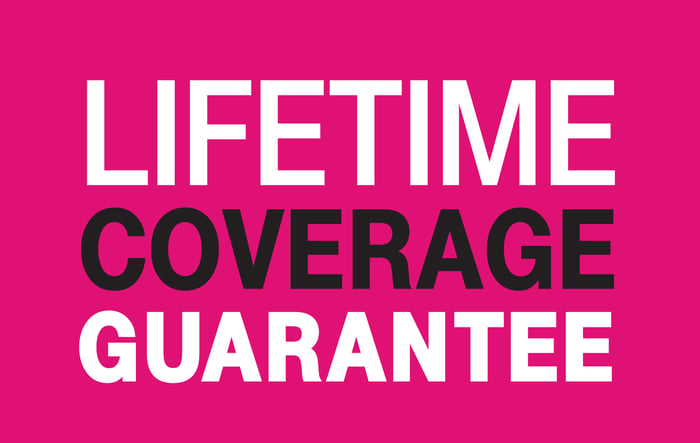