Don't be fooled by these common stock market misconceptions 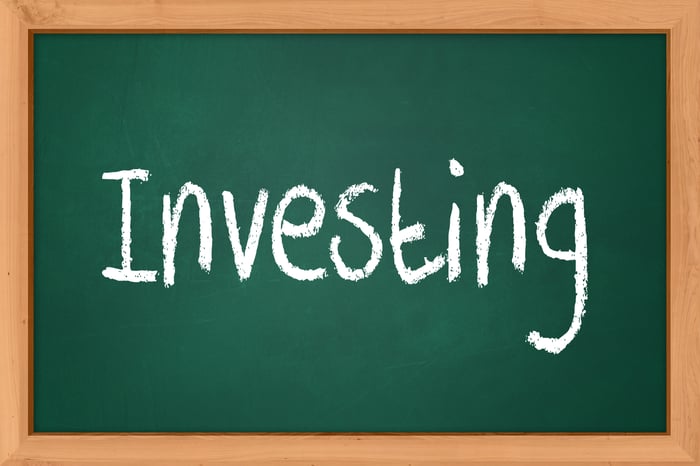 Over the long-term, the stock market has created a substantial amount of wealth for those who have been brave enough to put their hard-earned money at risk. However, learning how to invest wisely can be a confusing and frustrating endeavor, so it's no surprise that many myths about investing have popped up over the years that work to throw investors off their game.

In an attempt to set the record straight, we asked our team of Motley Fool analysts to debunk a pervasive myth that exists about investing to help our readers cut through the noise.

Todd Campbell: Indexers have been pounding home the concept of passive investing as a better alternative to active investing since A Random Walk Down Wall Street was published in 1973.

Although indexing is a simple, easy-to-use investing technique that can make a lot of sense for many investors, individuals can still benefit from finding and investing in high-quality and disruptive companies like Amazon, Netflix, or Priceline or investing in dividend paying goliaths, such as Microsoft or Johnson & Johnson, or by finding under-appreciated Buffett-worthy value stocks.

Regardless of whether a company is reimagining its respective industry, boosting its dividend payout consistently, or trading in the bargain bin, investors have racked up sizable returns by picking up these companies and owning them in long-haul portfolios. Netflix, for example, is up an astounding 2,375% since 2005 and even the steady-eddy dividend payer J&J has outpaced the S&P 500 over that time period, returning 17.6% more than the SPY.

Admittedly, finding the next great investment isn't easy, but with research and educational tools readily available, investors are more empowered today than ever before to do it.

Brian Feroldi: One common investing myth that keeps many would-be investors from getting started in the first place is that they think that you need a lot of money to do so. While the rationale behind this argument may have made sense decades ago when commissions were higher and would have taken a serious bite out of your capital, today there are plenty of options available to put money to work in the markets even if you only have a small amount to work with.

One of the easiest ways to get started is to look to your workplace retirement plans, such as a 401(k) or 403(b), that can get the ball rolling from only dedicating a tiny portion of your paycheck to the plan.

If you don't have access to a retirement plan through work you can always start an IRA on your own, and many brokerages, such as TD Ameritrade, will let you open up a cash account that allows you to invest with nearly any amount of money.

The real key to investing is to get started and commit to making constant contributions from your income no matter what happens in the markets in the short-term, as small amounts invested wisely can quickly turn in to big amounts over time. Don't let the feeling that you don't have enough money to get started hold you back.

George Budwell: One of the most prevalent investing myths I've come across is that the amount of hype surrounding a stock somehow equates to its upside potential. If anything, I've found that nothing could be further from the truth.

Biotech stocks like Arena Pharmaceuticals (ARNA) and MannKind Corp. (MNKD -2.85%), for instance, have both attracted rock-star like attention on social media over the last few years, largely because their flagship products -- Belviq and Afrezza respectively -- are believed to possess megablockbuster potential.

Adding to their mystique, their respective stock prices have typically failed to reflect this supposed "out-sized opportunity," leading many to argue that they are "cheap."

Even a cursory look at the recent earnings reports of these two companies, however, dispels this notion entirely. Arena, for example, racked up a mere $4.3 million in net Belviq sales in the second quarter. And MannKind's Afrezza did even worse with $3.3 million in sales over the first two quarters of 2015. Put plainly, these two drugs have an extremely long way to go before reaching blockbuster status, meaning that there's little reason for either Arena or MannKind's shares to garner a hefty premium at this point in time.

All the while, the iShares Nasdaq Biotech Index (NASDAQ: IBB) -- which lacks pretty much any fanfare to speak of -- has continued to chug along, crushing these small-cap biotechs, and the broader markets to boot, through the first nine months of 2015.

3 Promising Small-Caps Under $10 You Can Buy Right Now