Please ensure Javascript is enabled for purposes of website accessibility
Log In Help Join The Motley Fool
Free Article Join Over 1 Million Premium Members And Get More In-Depth Stock Guidance and Research
By Ashraf Eassa - Sep 18, 2015 at 9:00AM

I disagree with the notion that Intel can't make good money from its Internet of Things group.

Over in Seeking Alpha, author Anchorite argues that Intel's (INTC 1.27%) "Internet of Things Group" will not be able to generate significant profit. Central to Anchorite's argument is the notion that the kinds of chips that Intel sells into this segment carry significantly lower average selling prices and margins relative to, say, the company's PC and server chips. 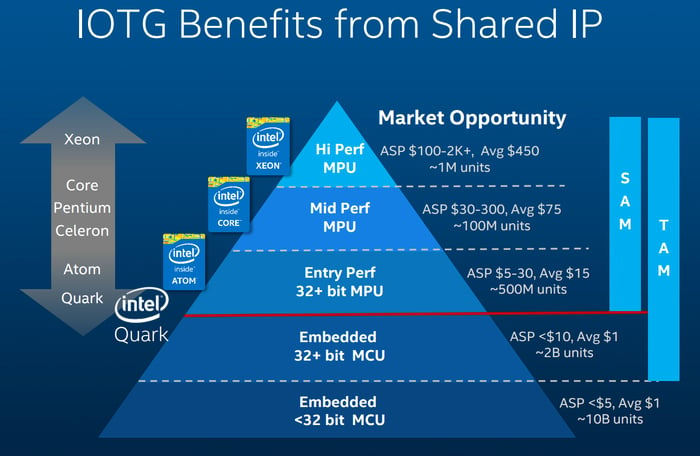