The richest counties in America have a lot in common, but remember that all of these areas have rather high costs of living.

According to the latest data from the U.S. Census Bureau, there are some clear geographical trends with regards to income in the United States. Here are the 10 richest counties in the United States, as well as some things to keep in mind after you read this data.

10. Nassau County, New York (Median household income -- $95,395)
Nassau County is located immediately east of New York City on Long Island. Home to more than 1.3 million people, many of whom work in the city, Nassau County contains four of the nation's top ten towns by median income. Even though its residents earn high incomes, it's not easy street in Nassau, as the county ranks as the most expensive place to live in the United States. 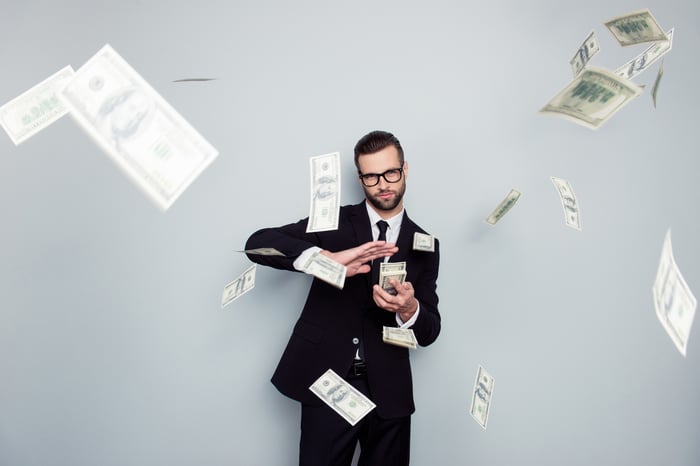 9. Somerset County, New Jersey ($96,947)
Also part of the New York metro area, Somerset County is home to approximately 330,000 people and has experienced rapid population growth over the past few decades. In fact, the county's population has grown by 62% since 1980.

8. Montgomery County, Maryland ($97,873)
The first of five Maryland/Virginia counties on the list, Montgomery County contains such populous cities as Silver Spring, Bethesda, and Rockville. Montgomery County is home to a number of government agencies (particularly scientific ones), including the National Oceanic and Atmospheric Administration (NOAA), the Nuclear Regulatory Commission (NRC), and the U.S. Department of Energy (DOE). The county is also home to several major corporations, and the population is highly educated. In fact, more than 29% of the over-25 population have post-graduate degrees -- the highest rate in the U.S.

7. Morris County, New Jersey ($99,950)
Part of the New York metropolitan area, Morris County is home to 492,276 people as of the 2010 census. Thirty-three Fortune 500 companies operate in Morris County, either as a headquarters or major office location, including Novartis (the county's largest employer), AT&T, ExxonMobil, and Colgate-Palmolive, to name a few.

6. Arlington County, Virginia ($101,533)
Known simply as "Arlington" by many people, this county is actually the smallest self-governing county in the United States, although it includes the second largest city in the D.C. metro area.

Arlington County has consistently had the lowest unemployment rate in Virginia, and Arlington has been named the safest city in which to weather a recession by Businessweek. In fact, in August 2009, during the last recession, Arlington's unemployment only rose to 4.2% at a time when the national average was 9.5%. This makes a lot of sense, being that the top employers are pretty recession-proof: the Department of Defense, Arlington County itself, and the Department of Homeland Security.

5. Douglas County, Colorado ($105,192)
A part of the Denver metropolitan area, Douglas County is the richest in Colorado and the only one on this list that isn't located on the East Coast. Although it isn't home to any big corporations, Douglas County has a strong economy and was named one of the top places for job growth by Money magazine.

4. Hunterdon County, New Jersey ($107,203)
Unlike the other New Jersey counties on this list, this one isn't a part of the New York City suburbs, and is in fact on the western side of the state -- bordered by Pennsylvania. Considered the prime location for fishing and hunting in the state, Hunterdon County is one of the more rural on the list.

3. Howard County, Maryland ($108,503)
Home to about 287,000 people, Howard County is in the Baltimore metropolitan area and is home to the city of Columbia. Howard County is known for having the best school system in the state, and it was ranked second on Money magazine's list of "America's Best Places to Live."

1. Loudoun County, Virginia ($117,680)
In first place since 2008, Loudoun County has experienced the most rapid population growth on the list, with the population soaring by 530% since 1980. The eastern part of Loudoun County is home to Washington Dulles Airport (technically, a portion is in Fairfax County), and several high-tech companies such as Verizon call Loudoun home. The western part of the county is more rural and is home to thriving equine and wine-making industries.

Remember, everything is relative
As you can see, all but one of the top 10 richest counties is located in the Mid-Atlantic region, and most are in the D.C. or New York City metropolitan areas. When reading this, bear in mind that income in one place doesn't necessarily correspond to income in another place.

For example, most of the counties on this list are in areas that have an extremely high cost of living. In most of these places, housing is expensive and property taxes are among the highest in the country. For example, a particular home might cost $800,000 in Loudoun County, Virginia, while the exact same house in South Carolina would cost under $200,000 and likely have lower property taxes.

The point here is that a high income needs to be measured relative to the expenses you have, so read the numbers on this list with that in mind. Someone living in Manhattan who earns $100,000 per year might struggle to make ends meet, but would be living a very comfortable life in most areas.