We all know that trying to keep up with the Joneses is a recipe for misery. Not only will you always view your income through the lens of what others are making, but you'll also put yourself on a never-ending hedonic treadmill than can run you into the ground.

You can be forgiven if you're curious as to where your family stands in comparison to other American households. The Census Bureau released its most recent data for household income last week, and some of the findings are included below. As you look through the numbers, just make sure you don't give your relative standing too much weight! 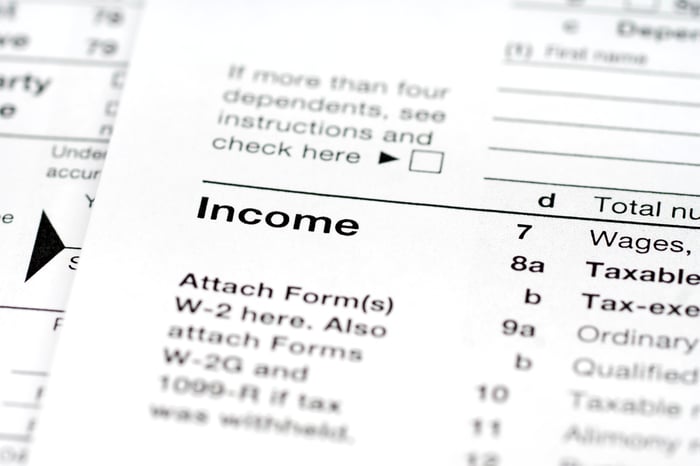 Breaking the numbers down more

The data can be dissected in a number of different ways. In terms of income distribution, this is how household income was dispersed across the roughly 125 million households in America last year.

While this may give you a rough outline for where your family stands, there are other ways to look at the data. Perhaps the most popular is to break it down by percentiles.

For those who are unfamiliar, the best way to think about percentiles is this: If you're in the 30th percentile, that means that if you walk by 100 people randomly on the street, you're household is earning more (or whatever your variable is) than 30 of those 100 people.

Knowing this, here are the cutoffs for the percentiles that the Census Bureau offers. Remember, all statistics are for entire households, not just individuals.

This can mean as little or as much to you as you want it to. I've long been a proponent of not focusing on relative wealth ("How am I doing compared to my peers?"), and instead, putting all of your focus on absolute wealth ("Can I meet my level of 'Enough'?").

Regardless of your approach, it's a pretty inarguable truth that most Americans could be doing a better job of saving for retirement -- at almost all income levels. If you're nearing retirement, and find that you'll be running into a shortfall, consider checking out the Social Security secrets our experts found below.