Please ensure Javascript is enabled for purposes of website accessibility
Log In Help Join The Motley Fool
Free Article Join Over 1 Million Premium Members And Get More In-Depth Stock Guidance and Research
By Leo Sun - Sep 23, 2015 at 8:00AM

1. Building evergreen franchises
Disney excels at maximizing the profit potential of hit franchises by spreading them across all its business units. That's the reason it expanded the Marvel Cinematic Universe to TV shows, and why it added Frozen attractions to its theme parks. Staggs states that Disney leverages these brands and franchises "across multiple platforms, multiple businesses, (and) multiple geographies."

Staggs plans to apply that same strategy to Star Wars by spreading it "across every part of the company from theme parks to television to games." He noted that Episode 7 is "part of a broader long-term strategy with the Star Wars franchise," which includes a "long pipeline" of main series and stand-alone movies. Staggs also called Star Wars a "long-term evergreen franchise that will impact our business around the world."

Staggs said that when expanding franchises, it wasn't important to call movies sequels. Instead, he preferred new Marvel films like Guardians of the Galaxy and Ant-Man were "new ways to explore" a franchise. He declared that Disney was more interested in creating cohesive worlds, similar to the Marvel Cinematic Universe, which can keep evolving.

2. ESPN is still evolving
Disney stock has fallen about 15% since its third quarter earnings due to concerns about a slight decline in subscribers and lower ad revenues at ESPN. That drop stunned some investors, since Disney's cable business accounted for almost half of its operating income in the fiscal year so far. Many investors had assumed that ESPN's live sports broadcasts would protect it from cord cutters and streaming services.

Staggs highlighted ESPN's core strengths, stating that it was not only "number one in terms of foresee value," but also drove "the most local ad sales, HD upgrades, and broadband subscriptions" for Disney's distributors. He also downplayed concerns that sports leagues were gaining the upper hand in negotiating higher content fees, and declared that many of its sports rights extend "past 2030."

Staggs pointed out that ESPN extends far beyond "linear TV" viewed on television screens and onto digital platforms like ESPN.com and mobile apps. When ESPN recently aired 48 college football matchups in a recent weekend, digital viewership rose more than 60% as the number of devices watching ESPN climbed by over 50%. Staggs said that as these platforms evolve, Disney will combine them in more lucrative bundles which include more content across multiple platforms. However, Staggs didn't discuss the rumors that Disney could launch ESPN as a stand-alone service similar to HBO Go. 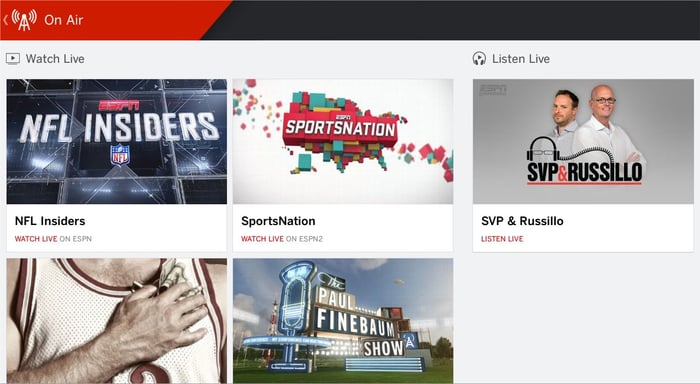 3. Stop worrying about China
Another concern about Disney is that issues with the Chinese economy, stock market, and currency will impact the opening of the Shanghai Disney Resort next year.

Staggs dismissed those concerns, stating that those issues hadn't "affected our enthusiasm for the project at all." He noted that "consumer spending continues to be relatively strong" in China, and that "330 million income-qualified potential quests" live within three hours of the resort. Staggs even claimed that it was "very possible" for Disney to build another location in China to complement its Hong Kong and Shanghai locations in the future.

Staggs admitted that new theme parks in China represented competition, but that Disney planned to "compete the same way" with those rivals as it does with American ones -- with its brand strength, strong service, and the consistent quality of its parks. He also noted that "every aspect" of Shanghai Disney "has been either designed, conceived, or reimagined specifically" for the Chinese market to produce a park that is "authentically Disney" but "distinctly Chinese." Staggs also reminded analysts that Disney builds its parks to last for decades and generations, which will likely outlast any near term economic headwinds.

The key takeaway
Back when Disney was trading at over $110 per share in May, I stated that it wasn't time to take profits. The stock has slipped since then, but I still think that its upside growth potential outweighs the downside risks. Looking ahead, Staggs' comments should reassure investors that Disney will keep expanding its core franchises, that its cable business remains strong, and that concerns about China are overblown.