Please ensure Javascript is enabled for purposes of website accessibility
Log In Help Join The Motley Fool
Free Article Join Over 1 Million Premium Members And Get More In-Depth Stock Guidance and Research
By Tim Beyers - Sep 23, 2015 at 8:40AM

Raise your hand if you've heard of Slingshot. No? Don't worry, chances are that you're in good company. Facebook's (FB 1.41%) Snapchat look-alike launched to great fanfare in June 2014 only to do... exactly nothing to disrupt the app it was modeled after.

In February, as Facebook was preparing to release the latest, and what could be final, update to Slingshot, Snapchat was busy talking with private investors about raising money at a reported $19 billion valuation -- more than six times what the social network offered in November of 2013. The Wall Street Journal has since put the company's private-money value at closer to $16 billion.

That shouldn't be a problem for Facebook, but it is. Why? There's less incentive to take what appears to be a lucrative buyout offer if you're on the path to being the next Snapchat. Or the next AirBnB. Or best of all, the next Uber.

The beauty of balking at $3 billion
For Snapchat, walking away from Facebook's $3 billion offer looks like the best decision founders Evan Spiegel, Bobby Murphy, and Reggie Brown could have made.

Last week, the company signed a deal with the NFL to host original content and share advertising revenue. Twitter (TWTR 3.91%) struck a similar deal with the league in 2013, which it re-upped for another two years in August. That Snapchat is winning deals at the same level as Facebook's nearest rival is telling.

At least Facebook CEO and co-founder Mark Zuckberg had the foresight to try for Snapchat before we got to this point. 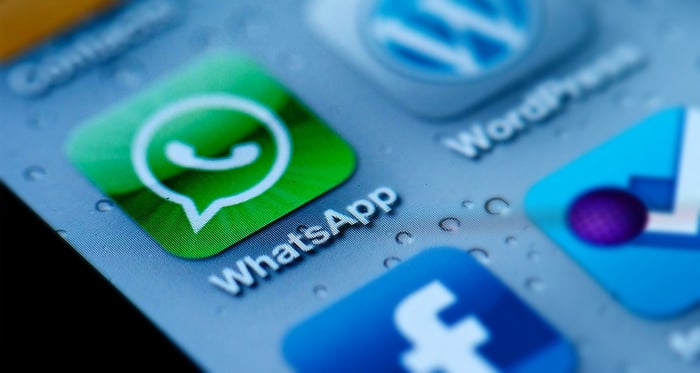 Valuations soaring across the board
And yet he really had no choice. In 2013, Facebook was still struggling to deliver a messaging experience that users would adopt on a grand scale.

Messenger and WhatsApp have since filled the void, but at a cost of more than $19 billion. The value delivered for that price is anything but clear. Instead, Zuck uses conference calls with investors to speak broadly about the benefits of having WhatsApp in its portfolio.

"We'd ask for some patience on this to [integrate WhatsApp] correctly, and the game plan will be more similar to what we did in Facebook with News Feed," S&P Capital IQ records him as saying during July's second-quarter earnings call.

Meanwhile, venture-capital investors continue to bid up late-stage start-ups to WhatsApp-like levels because of what prominent VC Bill Gurley calls the "FOMO" factor, or "fear of missing out." There are now 122 private companies valued at $1 billion or more by venture investors, up from 73 in February, the WSJ reports.

Facebook's $14 billion weak spot
In that sense, Snapchat's rise reflects a larger problem for Facebook, which has acquired 55 companies since its founding in 2004. Cheap, bolt-on acquisitions aren't as easy to find as they once were.

The next Instagram is guaranteed to cost more than $1 billion, while the next WhatsApp is certain to sell for an even bigger premium than the first. With just $14 billion in cash and investments, Facebook lacks the liquid capital to make a bid for the Next Big Thing.

Where does that leave investors? Watching the R&D line. In lieu of acquisitions, Facebook is going to have to get more from enterprising employees with interesting ideas. Let's hope they have in mind something more than the next Slingshot.

Do you agree? Disagree? Tell me on Twitter, or reach out on Google Plus. I may use your comment in a follow-up article.