Costco's stock is down 8% from its February high on fears of its recently declining same-store sales. Here's why the stock looks undervalued now.

Shares of Costco Wholesale (COST -0.00%) have nearly tripled in price over the last six years. Yet, even though the company continues to expand its number of locations, increase traffic to its stores, and positively change its product mix, the market seems to have new concerns about the company's growth prospects. Now Costco stock is down about 8% from its high of $155 in February. Here's why the stock looks undervalued.

What's bothering Wall Street
There are two main issues that seem to be bothering Wall Street about Costco: Gas prices and international sales. Costco first started selling gas back in 1995, when the company had just 200 stores, and it has been a successful means of gaining and retaining paid members, as well as providing an added revenue stream. However as oil prices have continued to drop in the last year, Costco is feeling the effects of lower revenue in this segment, just like most other fuel providers.

Then there's the strengthening U.S. dollar, which continues to be a burden for companies that gain any substantial sales internationally. Costco has nearly 1/3 of its 686 locations outside of the U.S., meaning that when those foreign sales are exchanged for U.S. reporting, the same level of sales look weaker than they did a year ago.

The many countries Costco operates in. Source: Costco.com.

These two external factors have put a damper on same store-sales growth. On Sept. 2, Costco released sales information for its fourth quarter and fiscal year 2015 ended Aug. 30. Sales for the year were up 3% over FY 2014, yet reported same-store sales actually dropped 1% from a year ago for the quarter, and were up only 1% for the year. But if you adjust for oil price and currency fluctuations, then same-stores sales for FY 2015 would actually be up 7% over 2014.

Costco's growth opportunities
While the effects of lower fuel prices and a stronger dollar are very real, these financials show Costco is doing the right things with the factors management can control. And if that isn't enough, here are a few more growth opportunities going forward.

Costco has expanded in the U.S., as has its competition. The U.S. market is relatively crowded now, with around four big box-style retailers per 1 million people. However, in many of Costco's more promising markets in regions like Europe and Asia, that ratio is more like one or two locations per 1 million people, meaning there is still room to grow. 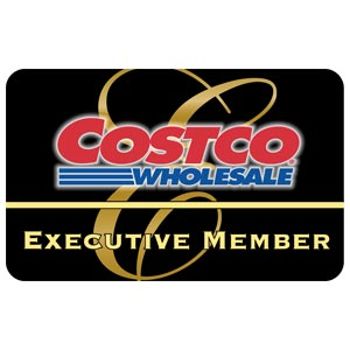 A Costco executive membership is $110 per year, with the last increase of $10 nearly four years ago. Source: Costco.

It's been nearly four years since Costco last raised its membership fees. Nearly all of the company's profits come from membership fees as the company keeps razor-thin margins on its products to cut costs for its members. With more than 78 million Costco cardholders, even a small membership fee increase could provide a substantial earnings boost.

Traffic to Costco locations rose 3.5% year over year in the recent quarter. The company has posted six years in a row of roughly 4% traffic increases.

Costco is certainly not the first to start increasing its product mix toward organic and natural foods, but according to industry analysts, it just became the largest seller of organic food in the world. That change to higher-quality food not only boosts margins, but also helps Costco appeal to a new consumer demographic and keep its membership retention high.

Why Costco stock looks undervalued now
Oil prices could drop further, and the dollar could continue to strengthen, putting more pressure on Costco's same-store sales in the short term. Still, the company continues to grow its membership base and increase its membership retention rate, which now sits at about 91% per year.

Shares of Costco aren't cheap compared to competitors, or the market average. However, the 2016 year-end consensus earnings estimate of $5.65 per share puts Costco's forward P/E at just 25, a relative value compared to the company's P/E over the last few years. With all of the growth drivers listed above, as well as the likelihood that macro factors impacting the business will eventually even out, this looks like an opportunity for long-term focused investors to pick up shares of Costco at a value.

Bradley Seth McNew has no position in any stocks mentioned. The Motley Fool owns and recommends Costco Wholesale. We Fools may not all hold the same opinions, but we all believe that considering a diverse range of insights makes us better investors. The Motley Fool has a disclosure policy.