Initial reviews for the iPhone 6s and 6s Plus are rolling in. Here is what you need to know. 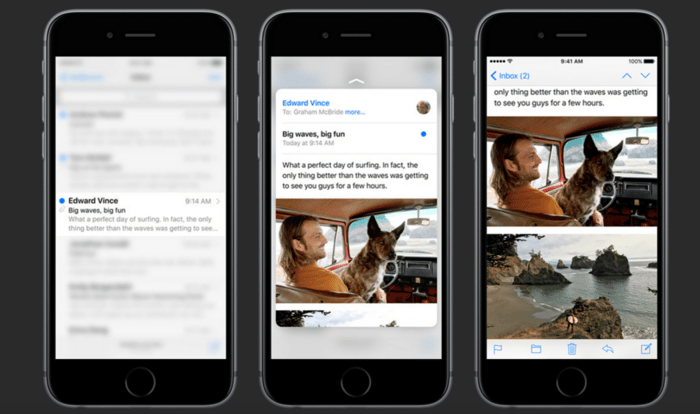 Apple's (AAPL -1.05%) new iPhone 6s and 6s Plus hit stores on Friday, attracting a lot of attention from both consumers and the media. Apple makes most of its sales and profits from the iPhone, so investors need to keep a close eye on these products and what they say about Apple's ability to stay on top of industry trends. With this in mind, let's look at what the reviews are saying about the iPhone 6s.

Best smartphone ever
Initial reviews are mostly positive. While the new iPhone models aren't offering much in terms of disruptive innovation, the fact remains that Apple doesn't need to make major breakthroughs with every new iPhone version to seduce consumers. The iPhone 6 was a booming success, and the competitive dynamics in the industry haven't changed by much in the past year. As long as the iPhone 6s is materially better than its predecessor, the device looks like a winner.

Nilay Patel, from The Verge, says of the iPhone 6s Plus: "It is the best iPhone ever made, and it is right now the best phone on the market."

On the other hand, Patel believes that most customers owning an iPhone 6 or 6 Plus don't have many reasons to go running to an Apple store in search of the latest version of Apple's iconic product, since improvements are mostly incremental: "If you're upgrading from an iPhone 5s or anything older, it will blow your mind. ... But if you have an iPhone 6 or 6 Plus and you're not ready to sign up for a yearly phone upgrade program, you might not feel the usual pull to get a new iPhone unless you really want a better front-facing camera"

What's new with iPhone 6S?
The new iPhone models are considerably faster thanks to Apple's new processor. Joanna Stern at The Wall Street Journal writes: "The iPhone 6s's new A9 processor and 2GB of RAM result in a noticeable boost -- even over the iPhone 6. Exporting an HD video was three times as fast, scrolling through Facebook and Web pages was smoother, and jumping between tons of open apps felt noticeably quicker."

There is also a substantial improvement in photo and video capabilities. The iPhone 6s has a new 12-megapixel rear camera, up from the 8 megapixels for the iPhone 6. The front-facing camera, used typically for selfies, now has 5 megapixels versus 1.2 megapixels in the previous model. In addition, the iPhone 6s and 6s Plus can shoot video in 4K resolution.

Apple has also introduced Live Photos, which are regular pictures showing small bursts of motion and sound when touched. This is done by recording 1.5 seconds of video before and after the photo is shot.  Matthew Panzarino, from TechCrunch, explains how Apple remains clearly ahead of the pack in this area: "The video and still images coming out of the iPhone just got seriously good. Apple is taking its position at the top of the world's most used cameras very, very seriously."

The biggest innovation offered in the iPhone 6s and iPhone 6s Plus is arguably 3D Touch technology. Basically, Apple has incorporated a series of sensors that detect touch pressure across the display. This feature makes the device pressure-sensitive, adding a new layer of interactions and information. When you use 3D Touch technology, the iPhone responds with a subtle tap, making the experience more fluid and sensitive.

3D Touch offers two  kinds of interactions, which Apple calls peek and pop. For example, with a light press on a specific email, you can peek and take a look at the content without opening it. If you want to open the email, just press a little harder to pop into it. Importantly, this technology could offer exciting possibilities once developers start working with it and building all kinds of functionalities.

John Paczkowski, managing editor of BuzzFeed, is quite fond of Apple's new feature:

It is surprisingly useful -- particularly for power users who do a lot of work from their iPhones. I'm already using it constantly, and I am impressed with how good it is at interpreting the force of my touch. It's very much an Apple innovation -- a seemingly subtle change so thoughtfully executed that it proves transformative.

It's all about the iPhone
Apple is actively working to diversify its revenue base. New products and services such as a revamped Apple TV, Apple Watch, Apple Pay, and Apple Music are clearly pointing in that direction. However, the iPhone is so big, and it accounts for such a massive share of the company's revenue, that what happens with Apple stock in the middle term will most likely depend heavily on iPhone sales.

Based on data for the quarter ended in June, the iPhone brought in $31.4 billion in total revenue. This figure represents a big 63% of the company's total sales during the quarter. Not only that, but sales in the iPhone division also grew by a whopping 59% year over year, far outpacing the 33% increase in total revenue.

Apple stock will do mostly as the iPhone does in the coming months. According to the first reviews, even if the iPhone 6s isn't a revolutionary product, it could very well be considered the best smartphone in the market. This sounds like good news for investors in Apple.