More situations like this will pop up as long as executives have a golden parachute.

By now, you're likely aware of the scandal that's hit Volkswagen (VWAGY 0.76%). Substantially all VW and Audi cars sold since 2009 with a specific type of diesel engine had a software program that could dupe emissions test. While the test took place, emissions would be reduced; but when the car was driving, it was producing exhaust 40 times greater than the legal limit in the United States.

That means 11 million cars worldwide have been spewing out highly illegal levels of nitrogen oxides for the past six years. These fumes are believed to cause smog and respiratory illnesses. Because it violated the Clean Air Act, VW is on the hook for fines as high as $37,500 per car -- or a total of $18 billion... and that's only in America.

The company currently has roughly $37 billion in cash, cash equivalents, and marketable securities -- so fines could easily wipe out half of the company's bank account, and make it much more fragile during market downturns. In addition, the potential environmental and health damages will only grow over time as they come to light.

The company's CEO, Martin Winterkorn claims that he had no knowledge of the practice, and has since stepped down from his position. But here's the kicker: Not including any possible severance package, he's due a pension of $32 million upon departing.

And therein lies the problem.

Skin in the game and misaligned incentives
Risk expert and best-selling author Nassim Taleb argues that there's one risk greater than all the rest to our global economic system: "lack of skin in the game by the largest class of decision makers ever in history." By this, he means that executives only have huge potential upside for their actions and very little downside.

No one is more intimate with hidden risks than those who build a product. In antiquity, societies used this knowledge to the benefit of everyone. The bridge builder was forced to build his home underneath the bridge. The bank owner whose organization went belly up was beheaded.

In modern times, many have argued that before deciding to go to war, a country's leaders must place their children on the front line. The end result is that those who make important decisions need to be highly incentivized to avoid unnecessary risks. 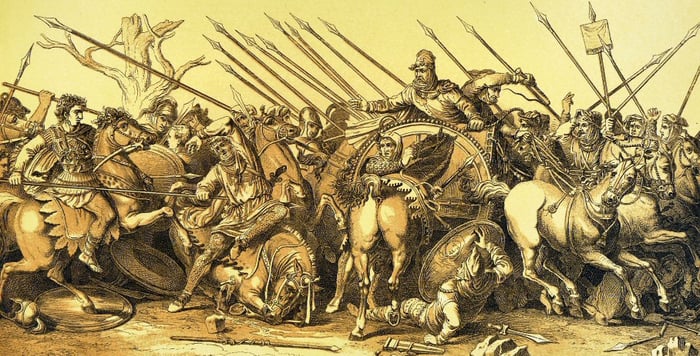 In antiquity, leaders found themselves on the front lines of battles that they initiated -- not in an office thousands of miles away.

But today, it's a different story altogether. Winterkorn is getting -- at least -- a $32 million pension. But he's not alone:

The names of the CEOs and companies may differ, but the lesson is the same: When not exposed to the downside, executives have little reason to avoid unnecessary risks if the payoff seems big enough.

Squashing the naysayers
Of course, many may come to Winterkorn's defense. He claims to have known nothing at all about the emissions scandal. No information has surfaced to dispute this claim. If he truly didn't know about these problems, how can we possibly hold him responsible?

For those unfamiliar, this was largely the argument that many of the executives at the center of the Great Recession used. The subprime mortgage business became so complex and convoluted that even they didn't truly understand the risks they were taking.

There's an easy rebuttal to these protestations: If executives had had significant downside risks, they would have never let it get that far.

If Winterkorn knew he'd lose everything -- and I mean all of the pension he'd accumulated -- and that he would be leaving under such a dark cloud, I highly doubt we'd find ourselves where we are. Had the subprime culprits known that they would lose everything, they would never have let everything get so convoluted.

As long as downside risks are borne by shareholders, employees, and the general public -- while executives are largely only exposed to upside -- we will continue to see "Black Swans" like the Volkswagen scandal pop up.

We can't say we weren't warned.