E-books prices have shot up, undermining the Kindle value proposition. Will a $50 Fire help?

A funny thing is happening in the book market these days. Despite predictions that physical books would fade into obscurity as e-readers became better and more widespread, the opposite is happening.

E-book sales declined 10% through the first five months of this year to $610.8 million, according to the Association of American Publishers, while sales of physical books dropped just 2.3%. Four years after Borders folded, Barnes & Noble is looking surprisingly healthy, and independent bookstores are opening up rather than shuttering doors. The number of bookstores has jumped from 1,660 five years ago to 2,227, according to a report in The New York Times. E-readers, meanwhile, are falling out of fashion faster than the digital books, with device sales down 40% from 2011 to 12 million last year. There may be multiple causes for this shift in the market, but either way it spells trouble for Amazon.com (AMZN -3.21%), the nation's dominant bookseller, which has made e-books and digital media a cornerstone of its growth strategy. One specific development in particular seems to have pressured sales down.

Price hikes
For years, e-book pricing has been a minefield for litigation and contract disputes. The five major book publishing houses, wary of Amazon's tactic of selling books below cost in order to grow market share and buildout an ecosystem for the Kindle, have all renegotiated contracts with Amazon over the past year that allow the publishers to set retail prices. As a result, e-book prices have jumped. Amazon had made a habit of selling digital titles under $10, with many available for just $4.95, at a significant discount from the print versions. Now, with the rengotiated contracts, many e-book titles are priced almost on par with print editions, carrying price tags in the $15 range. The e-book of Jonathan Franzen's Purity, for example, is priced at $14.99, just 11 cents below the hardcover version.

Bring on the cheap tablets
Amazon has employed its former e-book strategy -- selling at or below cost in order to gain market share -- in many other areas. It's a cornerstone of its all-you-can-eat Prime membership program, which offers free movies, books from the Kindle Lending Library, free two-day delivery on millions of items, and several other benefits. Amazon's biggest goal right now seems to be driving Prime membership, as it's made special offers like Prime Day in July and the discounted memberships it offered at $67 for one day last week to celebrate the Emmy win of its original series Transparent. Prime usually costs $99 per year. 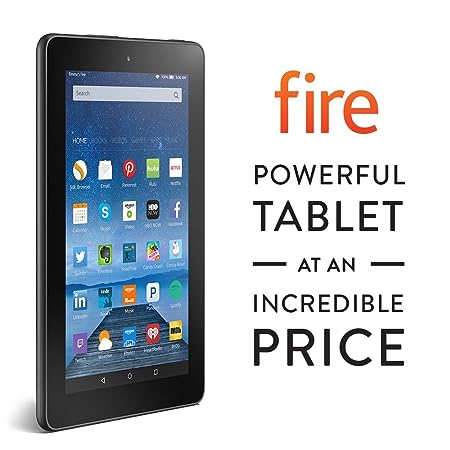 Amazon jumped on the tablet scene a few years ago with a $99 item, and it recently began selling a $50 tablet, known simply as Fire. The 7-inch screen allows additional storage with an expansion pack, and, like all Amazon devices, is a great way to consume Amazon media and use its services. One critic noted that the biggest potential drawback of the new Fire may be that a Prime membership is required to make the most use out of it, but of course that's the point from Amazon's perspective. Lowering the price on tablets won't help current Kindle owners struggling to digest higher e-book prices, but it should help grow the user base.

Amazon is presumably selling the new tablets below cost in order to drive increasing Prime membership and further consumption of its online media.

But the declining e-book sales present a challenge for Amazon. Though it controls a majority of the country's book sales, the core group of publishing houses was able to mount a successful challenge to its growing market power. Denying Amazon the ability to set its own prices removes a key component of its value proposition, being the lowest-priced seller.

As its market share expands in other areas such as online video, cloud computing, and same-day delivery, the company may find that key suppliers and other stakeholders, where they exist, may resist its ability to undermine the market and grow its own sales at all costs. To the extent Amazon can avoid such disputes, it will only move closer to monopoly.

For now, declining sales of e-books is just a speed bump for Amazon -- but if this pattern repeats itself in other areas, the great growth Goliath could be surprisingly undone.