Please ensure Javascript is enabled for purposes of website accessibility
Log In Help Join The Motley Fool
Free Article Join Over 1 Million Premium Members And Get More In-Depth Stock Guidance and Research
By Tamara Walsh - Sep 30, 2015 at 8:29AM

Competition from online retailers such as Amazon is threatening Target Corp.'s way of life. However, one-of-a-kind designer collaborations could turn the tables for the big box chain.

Target Corporation (TGT 2.41%) pioneered the concept of designer partnerships at the big box level. In 2011, the bullseye brand launched its limited edition Missoni for Target fashion line to great fanfare -- in fact, demand for its one-of-a-kind products was so great that it caused Target's website to crash, while the in-store Missoni items sold out in a matter of minutes at most Target locations around the country.

The Italian luxury brand was one of the first uber high-end fashion labels to collaborate with the discount retailer. Yet Target has since gone on to introduce dozens of successful limited edition collections with major designers, including Jason Wu, Altuzarra, Lilly Pulitzer, and Toms.

Flash forward to today. It's never been more important for Target to differentiate itself from competitors -- particularly Amazon (AMZN 3.66%), as the online retailer has made a name for itself when it comes to the convergence of fashion, convenience, and affordability. Fortunately, Target's designer partnerships and signature categories promise to set it apart. 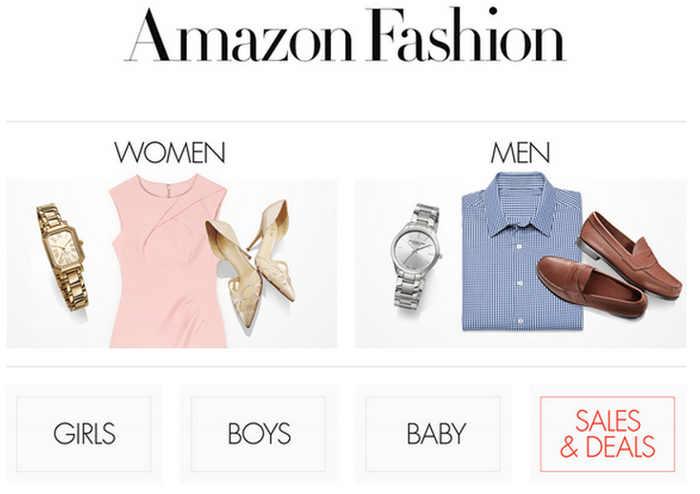 As the world's largest e-tailer, many consumers find that Amazon is more convenient than trudging to the neighborhood Target location. Additionally, Amazon has been aggressively investing in fashion and apparel initiatives. The online retailer launched MyHabit, a designer brands sales site, in 2011, offering daily deals on designer good of up to 60% off the original prices. Meanwhile, Amazon also owns other top e-fashion destinations today, including Zappos.com and Shopbop.

Therefore, if Target hopes to better compete with Amazon, exclusive partnerships with top designers are its best bet. By offering differentiated products that consumers can't get on Amazon.com, Target could significantly boost its same-store sales growth. Target's designer partnerships typically include anywhere from 50 to 250 exclusive products, and range from household items to apparel and accessories.

The big box store is mad for plaid this fall thanks to its latest fashion collaboration with Adam Lippes, former creative director at Oscar de la Renta. The Lippes for Target collection includes 50 unique products, including apparel, accessories, pet goods, and home furnishings. Designer collaborations such as this typically sell out in a matter of days because they offer consumers designer merchandise at discount prices. The Adam Lippes launch, for example, features one-time exclusive merchandise that ranges in price from less than $2 to $179.99. While still affordable for customers, these items also carry higher margins for Target -- thus creating a win-win situation.

This is also a crucial strategy heading into the all-important holiday shopping season. By offering reasonable prices on products that consumers won't find at rival retailers such as Wal-Mart or Amazon.com, Target should be able to drive significant traffic to its stores throughout the holiday season.

Nevertheless, managing inventories will be critical for Target. The key is to stock just enough of the product so that some of the exclusive merchandise sells out, thus creating greater demand and buzz around Target's designer collaborations.

The last thing we want is a repeat of the Target-Neiman Marcus partnership from holidays past. The discounter learned an important lesson in supply and demand in 2012 when it teamed up with luxury goods chain Neiman Marcus. The two retail giants released a "limited edition" collection for the 2012 holiday season, but they made the mistake of wildly overstocking the 50-set collection, thereby losing the exclusivity appeal that has made Target's designer partnerships a success. Target was ultimately left with loads of inventory that needed to be heavily discounted.

Heading into the 2015 holiday season, Target should stick to its roots by offering one-time events with limited inventory. In addition to designer partnerships, Target is also putting greater emphasis on exclusive product launches with its in-house designers, including Nate Berkus for home goods and Sonia Kashuk for cosmetics. These initiatives should help counter the convenience of shopping on Amazon.com and help steer more traffic to Target's stores for exclusive products you won't find elsewhere.

Taking stock
Not only does Target look well positioned from a strategic standpoint, but its stock is also reasonably priced today. Shares are trading around $77 apiece, or nearly 10% below the stock's 52-week high. Additionally, Target's stock boasts a price-to-earnings growth ratio of 1.7 today, which is slightly below the industry average PEG of 2.06. Throw in a price-to-earnings of 17, below the industry average P/E of 19, and we have a stock that looks fairly valued at today's price.

On top of this, Target knows how to reward shareholders -- not only through growth, but with dividends as well. In fact, the company is a dividend aristocrat, which means it has increased its dividend every year for at least 25 straight years. The bottom line for investors is this: Target's designer partnerships should help it fend off competition from Amazon, which is the biggest headwind for big box retailers today. Meanwhile, the stock looks reasonably priced today, creating an entry point for long-term investors.