The penalties you incur will hurt, but the growth you'll miss is far worse.

Had it not been for a phone call from a friend, I would've made one of the worst financial decisions of my life.

Long before I discovered or even knew what The Motley Fool was, I was a teacher at an inner-city charter school in Washington, D.C. Leaving the only job I'd even known, I had to decide what to do with my retirement funds. I didn't want to leave the money behind, but -- like many 20-somethings without much of a financial education -- didn't know how to roll it over and invest it myself.

"I'm just going to cash out my 401(k)," I told a college buddy, who happened to be a financial advisor.

The phone fell silent. He then spent the next half-hour trying to explain what an incredibly stupid decision that would be. It's a good thing he did -- my family's net worth would be far lower today if I had followed through.

Here's just how bad that decision could have been. 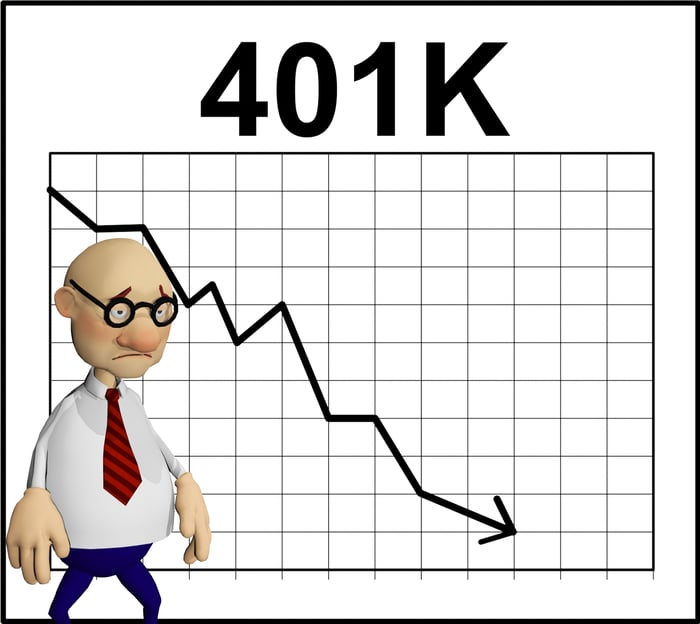 After five years of teaching, I had roughly $35,000 saved up in my 401(k). Had I decided to cash out my 401(k), here are the penalties that I, or anyone considering doing the same thing, would have to pay:

These two penalties alone would have shrunk my overall nest egg from $35,000 to just $24,500. But these would not have been the worst of my losses.

Years of tax-free, compounding growth
Getting 30% of my money taken away from me might hurt. But over the long run, it isn't the most damaging aspect of cashing out a 401(k) too early. That comes from the lost opportunity to let all of that money (in my case, the $24,500 I still had and the $10,500 I lost to taxes) grow tax-free, for decades.

When you leave your job, cashing out your 401(k) isn't the only option. You can choose to leave your money right where it is or roll it over -- penalty-free -- into a traditional IRA. By doing this, you preserve all that you've saved, and you can continue to let your money grow tax-free.

You won't owe any taxes until you withdraw the money for retirement purposes. And by then, if you have learned to live frugally, the taxes you owe could be significantly less.

Luckily, it was right around this time that I found The Motley Fool. Slowly easing my way into the investing process, I started putting my new IRA money to work for me. And over the past six years, that money has grown at an annualized rate of 15% per year.

I have much more now, from that original lump sum, than if I would have cashed it out, assuming similar results.

That difference of about $25,000 is a big deal, and it will only become bigger as time goes on. In fact, given that I was 28 at the time I cashed out, and assuming my returns revert back to the historical average of annualized 9.1% returns, the difference would be enormous by the time I reach full retirement age of 67.

That's right: You would have over $1 million if you just rolled it over and got average returns, but over $300,000 less if you cash it out and invest it. And the difference is obviously even greater if you cash out your 401(k) and just spend the money -- then you have absolutely nothing left come retirement time.

Obviously, your own path won't follow the exact same numbers, but the general point being illustrated here remains the same: Unless it's a life-or-death situation, you are always better off avoiding the option to cash out your 401(k).