In his first major move as Twitter's (NYSE:TWTR) permanent CEO following Dick Costolo's resignation, co-founder Jack Dorsey took the wraps off of the company's "project lightning" Tuesday. In its product form, it's called Moments. But it holds on to its roots with a lightning icon in the Twitter app and on the Twitter desktop site. Here's what investors need to know.

What is Moments?
"It's a new way for us here at Twitter to show you the very best content we have," said Twitter product manager Madhu Muthukumar in a live Periscope broadcast in which the team explained the new product. The key advantage in Moments versus any other curated news, of course, is the speed with which news can be shared, along with the added context of real-time conversations about the news.

"Twitter is the most powerful communications tool of our time. It shows everything the world is saying [around]... 10-15 minutes before anything else," Dorsey said on Twitter Monday, giving a nod to the company's key advantage for sharing news just 24 hours before it launched Moments.

More specifically, Moments are hand-curated stories found under the lightning icon outlined in a beginning, middle, and end format. With Moments, Twitter users can discover hot stories and "follow" them as they develop. Until the Moment ends, relevant tweets will be shared within a users timeline without having to identify and follow specific users.

New! Find the best of Twitter in an instant with Moments: https://t.co/QAKGUSVBbT pic.twitter.com/KAjfkysVKC

A good start
While the market's gut reaction to Moments, with shares down more than 2% at the time of this writing, suggests the product is underwhelming, there are definitely reasons for Twitter investors to be happy about the product.

Not only will the new product likely boost value for existing users, but there's a more important takeaway for investors: It is aimed at helping those unfamiliar with Twitter find instant value as soon as they sign up.

"We know finding these only on-Twitter moments can be a challenge, especially if you haven't followed certain accounts. But it doesn't have to be," Muthukumar said in a blog post on Tuesday. "Moments helps you find the best of Twitter as easily as tapping an icon -- regardless of who you follow."

Gaining interest of new users and keeping those new users around has been one of Twitter's most critical problems. So, any product aimed to address this problem should be welcomed warmly. And Moments is a clever way to address this issue while also tapping into the company's strength of instant news. It gives users a way to follow the news they are interested in without going through the effort of making sure they are following the right Twitter accounts. 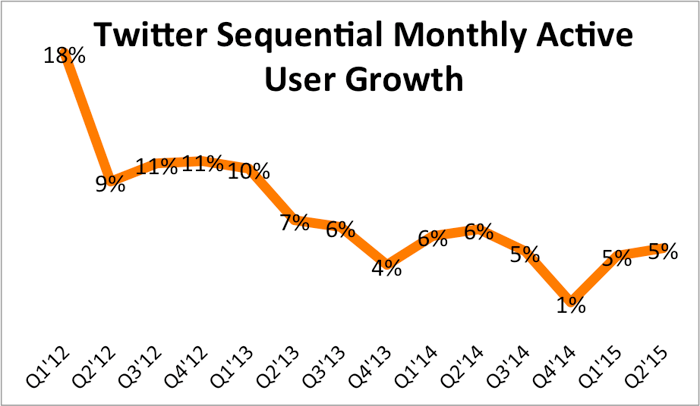 The next item for investors to keep an eye on will be the company's marketing campaign surrounding Moments. Part of Twitter's fresh strategy to begin appealing to the masses is an aggressive marketing campaign that will help more clearly communicate Twitter's value to the rest of the world.

"We will market that new way of using Twitter [i.e., Project Lightning] broadly through television and through digital video and other forms of our media to make sure that people are aware of a new way to use Twitter," said Twitter CFO Anthony Noto in a recent interview at Deutsche Bank's Technology Conference. "And when they get there, we hope they find it to be as easy as looking out of the window."