With fall 2015 upon us, I've been reviewing my observations from this past summer. One of them, perhaps an obvious one, is that the popularity of sportswear and apparel has reached a fever pitch. To be fair, the latest athletic gear has always been popular. I grew up with millions of other kids watching Michael Jordan play basketball, and the ultimate statement of one's own athletic affinity was owning a pair of Air Jordans. Some trends never age, and it seems to me that the athletic-wear trend has become a mainstream one.

If my own subjective observation wasn't convincing, this trend can be seen through the lens of the world's two largest athletic companies, Nike (NYSE:NKE) and Under Armour (NYSE:UAA). As of Sept. 24, the two stocks were up about 20% and 50%, respectively, year-to-date. Quite the nine-month run for a couple of clothing companies, but is it warranted? And which company is a better buy right now? In true sports tradition, let's pit the two companies against each other and see which holds up to our scrutiny. 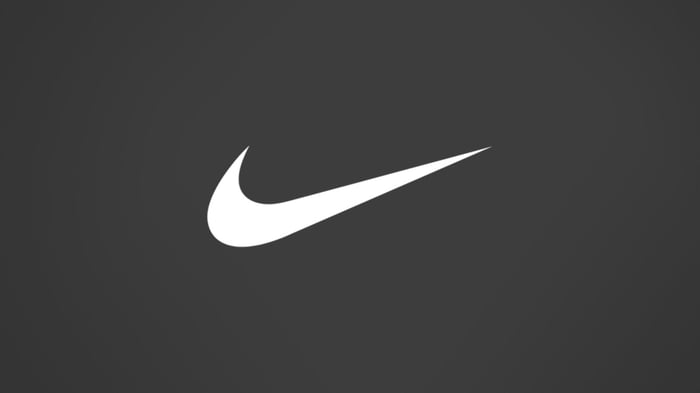 Round 1: Business models
On the surface, both Nike and Under Armour operate on similar premises. Both design, develop, and market premium athletic gear and athletic wear. Both companies have made forays into linking technology with fitness. The two companies also utilize sponsorships with professional athletes to drive sales.

Nike's sales come primarily through distribution of products through wholesalers, but an increasing percentage (roughly a quarter of all sales) are coming through direct sales to customers through Nike retail stores and on the company website. According to Nike's fiscal 2016 first-quarter earnings report on Sept. 24, a little over half of Nike's revenue came from outside North America.

Under Armour's distribution of products is very similar to Nike's, with most sales coming through wholesalers. One area of differentiation between the two companies, however, is in international sales. Under Armour's revenue from overseas sales comes in at about 13%, falling far below that of Nike. In the past few years, the company has been expanding its presence outside North America. In fact, it nearly doubled its percentage of international revenue in fiscal year 2014. As a much smaller growth company compared with rival Nike, Under Armour looks to have a greater chance of growing sales of its products in other countries.

Round one winner: Under Armour.

Under Armour has been on an absolute tear the past few years. Both companies are putting up solid double-digit growth in sales and earnings over the past five years, but Under Armour's average of about 30% in both categories is impressive. Perhaps part of the reason for the success is its vastly smaller size, while imitating Nike's growth strategy through recruiting athlete sponsorships and starting an athletic-shoe division back in 2006. The company has continued to forecast strong growth going forward as it rides the favorable tailwinds.

Round two winner: Under Armour.

One cause for concern is that both companies have very high trailing price-to-earnings and price-to-sales figures. Part of the reason is the strong growth in the recent past. All considered, the strong numbers reinforce my argument that sportswear and activewear have become a strong trend over the past few years. With such strong growth numbers but high valuations, should an investor be willing to allocate funds to either company? Let's head to round three.

Future expectations are that the athletic-wear industry will continue to grow at a healthy clip going forward. It seemed unlikely to me that demand for sports apparel could grow at these elevated levels in North America for an extended period of time, but on doing some more digging, it seems that Nike, Under Armour, and the industry overall are betting on emerging-market demand to be a key driver of growth. Nike specifically stated in its last quarterly earnings conference call that it views China as an underutilized market.

One rather obvious point worth mentioning is Under Armour's bubble-like valuation. Even when factoring in a very robust 23% annual earnings growth rate for the next five years, forward P/E and PEG ratios show the company trading at a large premium to Nike and competitors. While future long-term growth is of the most importance, investors should still be leery of paying highly overvalued prices for a company. In the case of Under Armour, right now a buyer would be paying for 72 years' worth of next year's expected profits.

And the winner is ...
Under Armour, with its smaller market cap and a strong tailwind at its back, seems poised to continue eating up market share in the wide world of sports. For a long-term position, I would expect it to outperform Nike, although in the short term it appears to be overvalued. Both companies stand to grow, however, as they both have made initially successful attempts at bridging technology and athletics, and both have demonstrated success in growing sales overseas. Given Under Armour's currently high valuation, I would pick Nike stock as a better value right now -- it also pays a dividend (yielding under 1%), which UA does not -- but Under Armour as having much more upside over time.

Nike vs. Under Armour: Which Is the Better Sportswear Play? @themotleyfool #stocks $NKE $UAA Next Article
Current