Please ensure Javascript is enabled for purposes of website accessibility
Log In Help Join The Motley Fool
Free Article Join Over 1 Million Premium Members And Get More In-Depth Stock Guidance and Research
By Daniel Miller, Tyler Crowe, and Jason Hall - Oct 18, 2015 at 8:01AM

Here are three unloved stocks with upside for savvy investors to add to their watch list.

Everybody knows the old adage "Buy low, sell high" -- but it's pretty humorous how few people take that advice to heart when things get ugly in the market. Take the market's recent more-than-10% pullback: Savvy investors came in to scoop up shares of beaten-down stocks on their watch list at a discount, while others ran from the market at a time of opportunity.

Now, that doesn't mean that every beaten-down stock is an opportunity, as many are trading cheap for a reason. Here, though, are three unloved stocks that have upside and could be poised to rebound for patient investors.

Tyler Crowe
I don't want to sound unsympathetic when I say this, but part of me gets really excited when I see companies get pulled down by broader market forces when they may not necessarily deserve it. It's not that I like to see people's investment dollars go up in smoke, but these companies that get undeservedly hammered by the market can turn into pretty impressive buying opportunities. One of those opportunities today is Enterprise Products Partners (EPD 1.07%).
There are a lot of reasons to like Enterprise as a business: Its fee-based revenue model mostly isolates it from the ups and downs of commodity prices, and the way management has run this company over the past several years makes it one of the best-run master limited partnerships in the business. Just recently, the company announced that it will be raising its distribution for the 45th straight quarter, a track record that very few companies in the energy space can replicate. 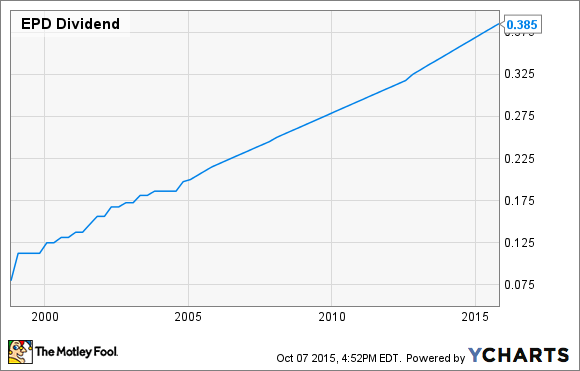 What makes Enterprise so compelling as an investment today is the fact that shares are trading at such a discount. Enterprise's stock trades about 30% below its 52-week high, and at today's price, its shares have a dividend yield of close to 5.5%, the highest yield since 2011. With a yield that high and few signs that its distribution streak is at risk of coming to an end, Enterprise is one of those stocks worth adding to a portfolio even though it hasn't received a lot of love from Wall Street recently.
Jason Hall
Anyone who's followed my writing knows I'm a big fan of Clean Energy Fuels (CLNE 2.01%), despite the beat-down the company's stock has taken over the past couple of years. And I'm probably in the minority of folks with a positive view of the company: 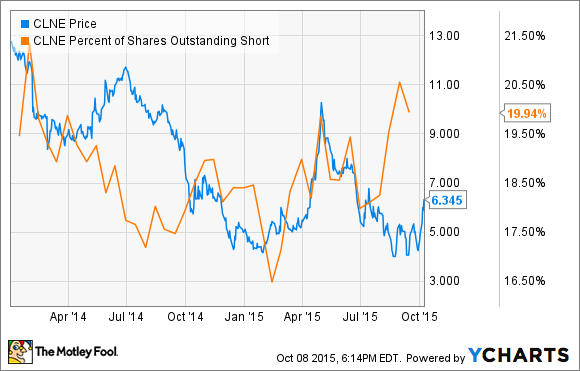 But Clean Energy's business of supplying natural gas for transportation keeps growing, and the fundamentals of the business continue to improve.
Yes -- the huge bet to take on a lot of debt to fund expansion has been slower to yield results than expected, but it's been far from the death knell some predicted a couple of years ago. To the contrary, Clean Energy has been able to lower operating expenses, cut capital expenditures, and significantly reduce cash burn over the past two-plus years: 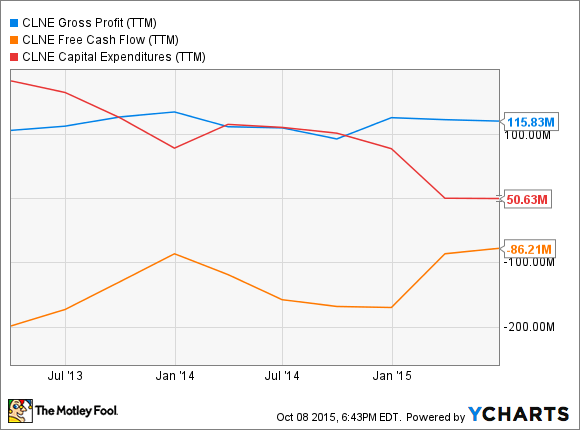 This has occurred even as oil prices have fallen, making the price advantage of natural gas less significant, and has lowered the company's revenue per gallon of fuel sold.
Yes -- the company still burns more cash than it brings in because of the debt expense from its expansion, but with significant cuts in operating expense and its capital buildout program, the company is in far better financial shape than most people realize. Simply put, between the cost reductions, continued growth in profits from fuel sales, and its sizable cash position, Clean Energy also has a pretty decent margin of safety to ride out the uncertainty tied to fuel prices.
But looking at the big picture, there are still more than 35 billion gallons of diesel and more than 140 billion gallons of gasoline sold in the U.S. every year. Clean Energy will sell a little more than 300 million gallons of natural gas in 2015. There's a huge opportunity for this tiny company to grow.

Daniel Miller
Dover (DOV 0.90%) is a diversified global manufacturer of innovative products and components through four major operating segments: energy, engineered systems, fluids, and refrigeration and food equipment. Like many unloved companies at the moment -- Dover is trading about 25% off its 52-week high -- the company's revenue has been significantly affected by headwinds in the North American energy markets and foreign currency exchange rates. However, there is still plenty to like about Dover as a long-term investment.

On Sept. 7, Dover announced its intent to acquire gas-pump company Tokheim's equipment-based business for $465 million. As a result, Dover expects to generate roughly $0.07 and $0.15 accretive earnings in 2016 and 2017, respectively. It's a move that secures a market leader in Europe with a large presence in key markets such as Italy, France, and Spain, and will help Dover's OPW business unit (a unit within Dover's Fluids segment) compete against global leaders.

Beyond acquisitions, upside remains for Dover's earnings as commodity costs ease and the company expands its manufacturing activities into lower-cost regions. Furthermore, Dover already generates strong cash flows, which help fund its acquisitions of smaller businesses within industries and markets it knows very well. Here's a quick glance at Dover's track record of success over the past decade: 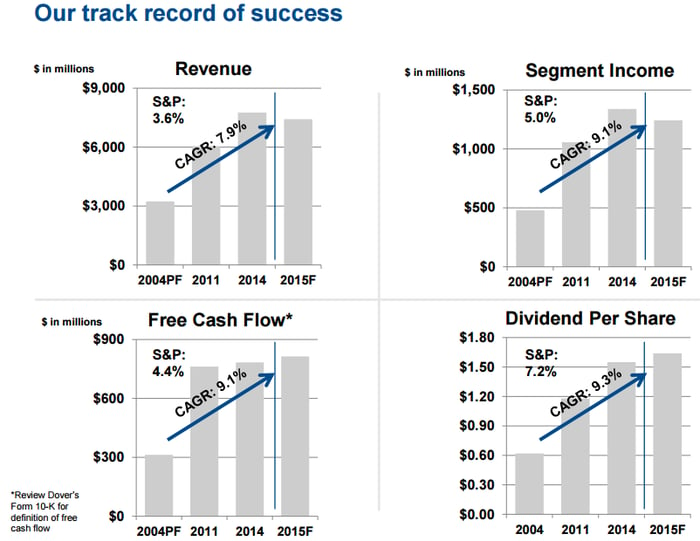 Despite the company's headwinds in 2015, the company should continue to return value to shareholders through share repurchases and increased dividends while still having plenty of capital to acquire businesses for future growth. In time, as headwinds in the North American energy market subside, the company seems well poised to reward long-term shareholders.