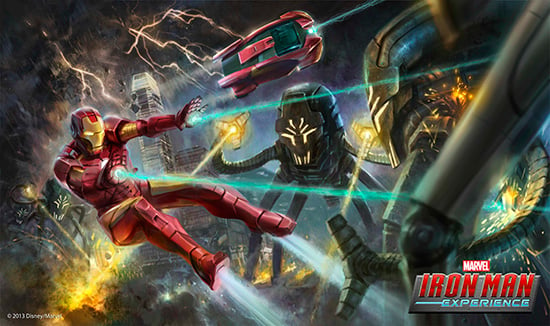 Disney (NYSE:DIS) is finally letting your friendly neighborhood Spider-Man come face-to-face with his fans at one of its theme parks. The web-slinging crime crusader is making his Disneyland debut next month, replacing Captain America at Disneyland's Super Hero HQ in the Tomorrowland section of the media giant's original theme park.

You won't see Spider-Man at Disney World anytime soon, though. Theme-park rights for Spidey in that territory belong to rival Comcast (NASDAQ:CMCSA) (NASDAQ: CMCSK). The cable giant acquired the Universal Studios theme park chain as part of its NBCUniversal deal, and its Universal Orlando resort in Florida secured exclusive theme park rights for many of Marvel's most popular franchises east of the Mississippi River.

Comcast's Islands of Adventure theme park features rides themed to the X-Men, Fantastic Four, Spider-Man, and The Avengers, and those four franchises are off the table at Disney World. It's a restriction so stringent that when Disney wraps one of its monorails with artwork to promote a new Marvel movie related to any of the four franchises, it's not allowed to go to the EPCOT station because that route briefly circles inside the actual park.

This has been a thorny situation since Disney agreed to shell out $4.2 billion for Marvel in 2009. Comcast can keep the rights as long as the attractions are in operation, but having them open with merchandising opportunities sends money to Disney's coffers. However, if Comcast were to ever relinquish those rights, it would give Disney the opportunity to create e-ticket attractions to woo tourists at Universal Orlando's expense.

It's a delicate matter. The two corporate giants have probably been negotiating a deal for six years. If a deal was going to happen -- if both sides wanted it to happen -- it obviously would have happened by now. That still doesn't explain why Disney hasn't built up its Disneyland resort with more than just character greeting opportunities or why Disney World hasn't given some of the available Marvel franchises more of a theme park presence.

Stark at the park
When Iron Man Experience opens at a Disney theme park next year it will be the first actual Marvel-themed ride at one of its theme parks. You'll have to travel far to check it out. The rub here is that it will open at Hong Kong Disneyland.

Disney has spent billions to acquire Pixar, Star Wars, and Marvel. There are a couple of rides themed to Pixar properties across its parks. Star Tours -- a Star Wars-themed flight simulator -- has been at both resorts long before Disney snapped up Lucasfilm, and the highly anticipated Star Wars Land expansion at both coasts was recently announced.

What about Marvel? Disneyland should be neck-deep in Marvel rides and experiences, and it's phoning it in with themed character greeting stations. Disney World has twice as many parks to feed as it does in California, and it can't pump up attractions themed to the accessible characters in Marvel's deep vault?

Disney moves slow. It's methodical. It often takes its brand for granted. This explains why Universal Orlando's theme parks are growing faster than Disney World's gated attractions. Disney has superheroes in its pockets, but it's settling for firing blanks. It's a strange strategy. It's the wrong strategy.