Fall is an important time of year for retailers as the lead up to the holiday shopping season kicks into full gear. However, few retail chains are better positioned than Starbucks (NASDAQ:SBUX) to dominate the 2015 holidays. The autumn season is typically the java giant's most profitable time of year thanks to seasonal menu items and increased sales of its Starbucks gift cards. Yet, the specialty coffee retailer has something else up its sleeve this year that promises to fuel outsized gains for the company during the all-important holiday season.

A caffeinated approach to retailing

Consumers are expected to dish out an upwards of $965 billion in holiday spending this year, up 4% from last year, according to Deloitte's annual retail forecast. The uptick comes amid favorable gas prices and an improving labor market. Yet, not all retailers are created equal. "Retailers that are likely to come out ahead this holiday season are the ones connecting the dots between their digital channels and their stores," according to Deloitte. This is where Starbucks' competitive edge really shines.

The Seattle-based coffee company boasts one of the strongest and best-integrated mobile and digital strategies in retail today. Unlike many retailers, Starbucks was an early adopter of mobile payments. The company launched its mobile payments system in early 2011 and processed 42 million mobile transactions in its first year. This helped Starbucks earn the title of "largest retail mobile payment platform in the U.S." that year.

In 2012, the java giant made a $25 million investment in payments company Square and put Square in charge of mobile payments processing at thousands of participating Starbucks locations. This proved a lucrative deal for Starbucks -- saving the company money on its back-end payments processing -- but reportedly cost Square tens of millions in losses.

Starbucks ended its exclusivity agreement with Square earlier this year and said it would begin accepting Apple Pay as a form of mobile payment later this year. This could help further boost mobile payments for the coffee retailer. However, Starbucks will need to find a back-end processor for its mobile payments app to replace Square before their partnership fully expires during the second half of 2016.

Starbucks is an expert at making these transitions seamless to the user experience. Therefore, this shouldn't have a noticeable impact on how its customers use its mobile and digital applications. In fact, with Apple Pay as an additional option for mobile users, Starbucks may see its mobile penetration rise. As of the fiscal 2015 second-quarter, more than 16 million consumers were actively using Starbucks' mobile app. On top of this, the company's Mobile Order & Pay service could be a game changer for Starbucks heading into the holiday season.

A faster approach to coffee retailing
It's been less than a year since Starbucks rolled out its Mobile Order & Pay service. Yet, the offering is on pace to be available in more than 7,400 Starbucks stores nationwide, as well as abroad in the U.K. and Canadian markets by year's end. This proprietary technology enables Starbucks customers to order ahead using their mobile device and pick-up in the store -- thereby skipping lines and wait times. The company's chief executive, Howard Schultz is confident that Mobile Order & Pay will "drive a significant increase in mobile payment transactions in stores across the U.S."

Starbucks already generates more mobile transactions in its stores than any other brick-and-mortar retailer. The company now processes more than 8 million mobile transactions per week. And it continues to play an increasingly important role in the company's sales. In fact, mobile accounted for more than 19% of Starbucks sales in the second quarter up from 16% in the three-months prior.

Perhaps, most importantly, Mobile Order & Pay will be fully deployed at all U.S. based Starbucks stores before the holiday shopping season. This could help Starbucks pull in record sales during the holiday quarter as it makes it faster and easier for mall shoppers to grab a pumpkin spice latte without wasting valuable shopping time waiting in line. 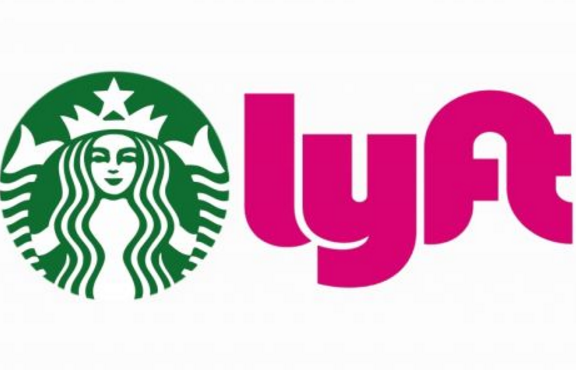 Additionally, the coffee giant's recent partnerships with car-sharing service Lyft and music streaming upstart Spotify could lead to an increase in gift card sales. Last year, one out of every seven people in the U.S. received a Starbucks gift card during the holiday season. Topping that might not be as hard as it seems given strategic partnerships that Starbucks has drummed up recently.

Starbucks deal with Lyft, for example, enables both Lyft drivers and passengers the opportunity to earn loyalty points toward My Starbucks Rewards program. The new partnership also makes it easy for Lyft riders to give their drivers Starbucks eGift cards using the Lyft app. This could be a huge traffic driver for Starbucks as well considering Lyft currently operates in 64 cities across the United States. Starbucks has a similar deal with Spotify -- both of which should drive customer loyalty in the months ahead.

Ultimately, this all bodes well for the stock given Deloitte's holiday forecast that digital interactions will influence as much as 64% of retail purchases over the holidays this year. Starbucks' expertly integrated digital platform should help it dominate the retail scene this fall, particularly during the all-important holiday shopping season.