Please ensure Javascript is enabled for purposes of website accessibility
Log In Help Join The Motley Fool
Free Article Join Over 1 Million Premium Members And Get More In-Depth Stock Guidance and Research
By Evan Niu, CFA - Oct 29, 2015 at 11:00AM

As much as Apple has been spending on capital expenditures lately, it's about to spend a whole lot more.

Over the past half decade or so, Apple's (AAPL 1.62%) capital spending has utterly skyrocketed. We're talking about unprecedented levels of investment by the Mac maker, predominantly in manufacturing process equipment, product tooling, and other infrastructure required to make products. 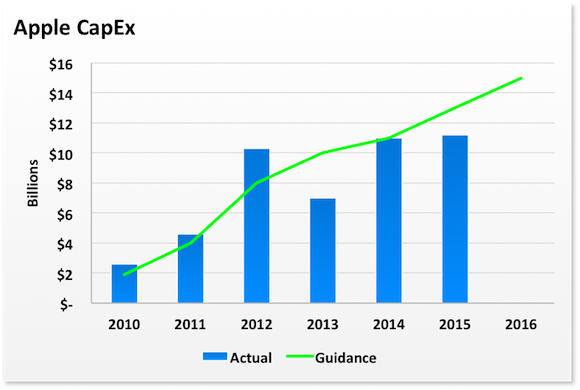