The day for e-readers has passed for every company not named Amazon.

At one point, the Barnes & Noble (BKS) Nook e-reader seemed like a viable contender in the battle with Amazon.com's (AMZN 1.96%) Kindle for consumers dedicated to digital reading devices.

In those not-really-that-long-ago days, it could be argued that the physical retail chain had an advantage because it could push the Nook in its stores. As recently as 2012 -- the year e-reader sales peaked at just over 40 million -- it was at least enough of a battle that the Barnes & Noble device was considered an option for people.

Now, however, the market for dedicated e-readers has shrunk, with only 15 million expected to be sold this year, according to data from GfK. Of that 15 million, Amazon will account for the vast majority of devices sold, with Barnes & Noble competing with off-brand devices for whatever scraps are left over.

Customers have largely abandoned e-readers for more fully functional tablets, or even for reading on their increasingly larger phone screens. Being in this market probably makes sense for Amazon, which doesn't report device sales but probably still sells 10 million-plus KIndle e-readers a year. For Barnes & Noble, the logic of continuing to fight for customers in a dwindling market dominated by a much bigger rival makes little sense.

The bookseller, however, doesn't know the meaning of the word quit (though it could easily look it up, since the chain sells dictionaries), and it has released a new dedicated e-reader, the Nook GlowLight Plus, for the holiday season.

Wait. What? Why?
Despite holding a declining share of a declining business, the bookseller has made the curious decision to not only release a new e-reader, but also release one at a premium price. The Nook GlowLight Plus is, at least at first glance, a pretty impressive take on the single-purpose device. It's waterproof, meaning you can read in the tub or at the beach without fear, and it has an impressive display with a built-in ambient light. 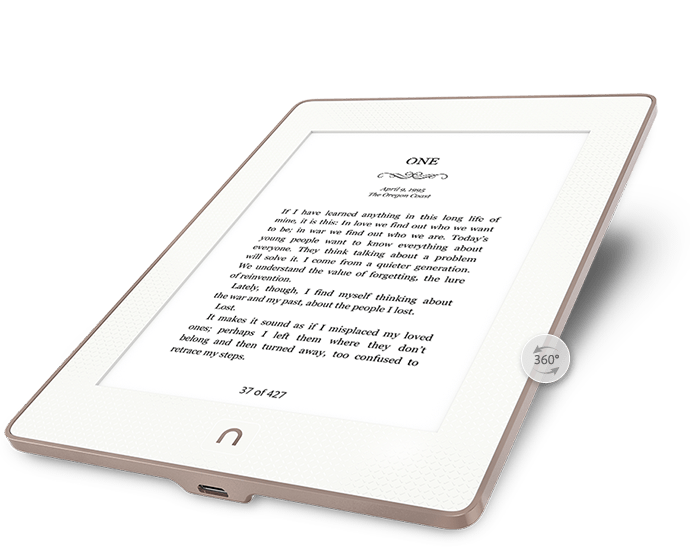 It's being sold online and in the company's stores for $129.99, which is a pretty big number when you consider that Kindle Fire tablets start at $49.99 and Amazon's comparable (though not waterproof) Kindle Paperwhite sells for $119.99.

It's not that the new Nook doesn't look like an excellent e-reader, maybe even the best one ever made. It's just that consumer demand no longer supports two companies in the space.

How bad is the Nook business?
Barnes & Noble doesn't separate out e-reader sales from Nook tablets sales when it reports, but even when you look at the combined figures, the numbers are bad and getting worse. In the first quarter of 2016 the Nook segment, which includes digital content, devices, and accessories, had revenues of $54 million for the quarter, a 22.4% decrease from a year ago. Device and accessory sales feel by 6.2% to $17 million. The division lost $17 million for the quarter, up from $5 million a year ago.

These numbers are rounding errors for Amazon, which had $25.4 billion in sales during the third quarter.

The end has already been here
On paper it seems that as the leading bookstore chain in the United States, Barnes & Noble should sell an e-reader. Selling that e-reader should lead to selling lots of digital books, which should help the company fend off competition from Amazon.

That seems right, but it hasn't worked, and there's no reason to believe it will work going forward. If Amazon wants to sell digital books, it should do so by pushing its app, which is free on all major phone and tablet operating systems' app stores. Doing that might allow the company to compete a little without pouring good money after bad in what has clearly been a losing effort.

It's time for Nook e-readers to join Zune, Newton, and so many other tech products that once seemed promising but never quite made it in the great recycling bin in the sky. GlowLight Plus won't change things any more than its predecessors did. It's time for the company to admit defeat.