This past week marked the third open enrollment period for the Patient Protection and Affordable Care Act, which you probably known best as Obamacare.

We're going to see a lot of changes this year with Obamacare, including a substantial increase in the penalties associated with non-compliance with the individual mandate, an earlier start time for open enrollment (Nov. 1 this year as opposed to Nov. 15 last year), and the full implementation of the employer mandate -- the actionable component of Obamacare that businesses with 50 or more full-time equivalent employees must abide by. Just as Obamacare is continually evolving as the health law of the land, consumers who enroll via Obamacare (and those who wish to remain uninsured) must be willing to evolve as well.

Two leading concerns with Obamacare enrollment in 2016
Obamacare's staggered implementation and regular changes haven't made life particularly easy on consumers. The beginning of each open enrollment period brings with it challenges that are usually different from those of previous years. In 2014, the biggest challenge was the mere idea of completing enrollment given that the IT architecture backing up the marketplace exchanges was constantly malfunctioning. By 2015, it was a matter of understanding how to reenroll for a new plan. In 2016, new challenges will take shape.

Based on a recent study conducted by online benefits technology company ConnectedHealth, two primary concerns have emerged in 2016.

1. A lack of basic knowledge
The first big problem is one that's been fairly constant throughout all three enrollment periods (albeit to a varying degree): a lack of education regarding Obamacare and plan selection.

Based on ConnectedHealth's findings, more than half (54%) of all Americans believe selecting a health plan is more complicated than solving a Rubik's Cube! Even scarier, about half (49%) of all millennials aren't familiar with the term "deductible," or the amount of money a plan holder must pay before the insurance company steps in and begins paying a medical care claim. Overall, 39% of respondents in ConnectedHealth's survey couldn't correctly define the term "deductible."

When questioning respondents about what would make the selection process easier, half of them believed a cost-comparison tool was the answer, while another 42% believed personalized recommendations would be a smart solution.

2. Cost concerns
The other clear concern for the 2016 enrollment period is the rising cost of health insurance. Making sure a plan meets the medical needs of a consumer is still at the top of the list of concerns, but it's followed very closely by plan cost. A third of consumers polled by ConnectedHealth aren't confident that they could pay their full deductibles if they had a medical emergency. Remember, lower-tier plans, such as bronze-level plans, do come with lower premium costs, but they regularly have annual out-of-pocket costs of $6,000 and up, which some consumers may not be able to afford. 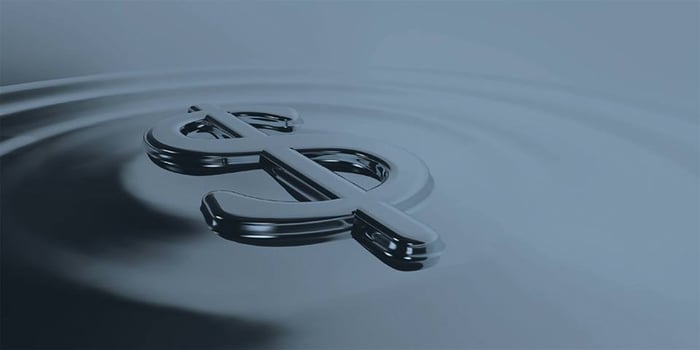 Additionally, 44% of survey respondents (including 51% of parents) wound up experiencing higher than expected out-of-pocket costs, even after carefully weighing their health plan selection. In fact, the study notes that the average consumer spends 117 minutes (nearly two hours) researching health plans before making their selection. Further, almost half (46%) actually spend more than two hours before selecting a health plan.

How to overcome these challenges
Purchasing health insurance may not be the most exciting of topics, but putting in a little extra effort, as well as following a few steps, could make a big difference when it comes to saving money and thoroughly understanding the ins and outs of the plan you've chosen.

The smartest move you can make is to not assume last year's plan is going to be the cheapest or best plan for you in 2016. Plan prices are changing in a big way in 2016, and there are quite a few new insurance companies dipping their toes into the individual insurance market that've never been there before. It's meant some drastically underpriced (or overpriced) their premiums, leading to big changes this year. Even if your plan didn't budge much from the prior year, it's not a bad idea to examine whether you can get comparable coverage at a better price. The Department of Health and Human Services has estimated that $2 billion could have been saved by consumers in 2014 if they simply chose the cheapest plan within each metal tier. In 2014, that could have worked out to $300 in savings for the full year per enrollee.

Be especially smart when choosing a plan if you receive financial assistance from the federal government. It's a commonly overlooked fact that there are actually two types of Obamacare subsidies consumers may qualify for. Most are familiar with the Advanced Premium Tax Credit, which acts as a prepayment to insurers from the federal government and lowers monthly premiums. In order to qualify you'll need an annual income of more than 100% of the federal poverty level but less than 400%.

However, consumers often forget about cost-sharing reductions, or CSRs. If you need medical care, CSRs help cover the cost of your copays, coinsurance and deductibles. But there's a catch to getting CSRs: you only qualify if your annual income falls between 100% and 250% of the federal poverty level and (this is a critical point, so pay attention) you purchase a silver plan. CSRs are only offered through a silver plan. Even though a bronze plan offers a slightly lower premium including the APTC, purchasing a silver plan will offer significantly better financial assistance if you qualify. It does no good if your premium is affordable but the cost of seeing a doctor is too high. If you qualify, ensure that you seek out a silver plan that meets your and your family's medical needs.

Finally, take your time when selecting a plan. Yes, you should consider the Dec. 15, 2015 deadline if you want your insurance coverage to kick in by Jan. 1, 2016, but you're not under any rush to commit to a plan tomorrow no matter how much correspondence your current insurer sends you.

ConnectedHealth points out that the average consumer is spending around two hours selecting a plan -- but I don't believe that's necessarily a bad thing, as long as it's spread out over multiple days, or even a week or two. Consumers need to educate themselves somehow, and slowly taking the time to analyze the plans available in their state is a good way to get started. Also, feel free to ask questions of these insurance providers. Remember, you're interviewing them now -- not the other way around!

I can't guarantee you won't run into any surprises following these steps, but it should lead to a smoother enrollment process in 2016.