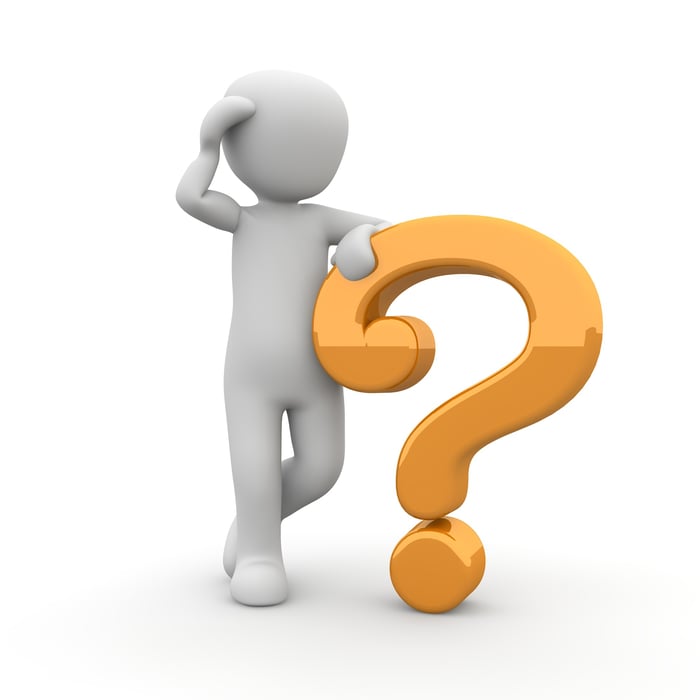 Whether through a retirement plan or a regular brokerage account, most adults in America invest in some kind of mutual fund, as they're an easy way to gain diversified access to a portfolio of stocks. It gives many investors comfort to know that a professional is picking their stocks for them and watching the markets' moves, even if they are being charged a small fortune for that privilege.

In our never-ending quest to help the world invest better, we asked our team of Motley Fool contributors to share some key facts about mutual funds with our readers.

Dan Caplinger: One of the most important things to know about a mutual fund is how much it charges in fees. Yet even though every mutual fund is required by the SEC to report its expense ratio, one thing that many investors never realize is that not all of the costs a mutual fund has to pay actually show up in it.

The biggest omitted expense is the cost of trading. Just like an individual investor, whenever a fund buys or sells a stock, it has to pay commissions to the broker that executes the trade. In addition, the bid-ask spread -- the difference between what buyers are willing to pay and sellers are willing to accept -- can eat into a fund's assets if it trades frequently, especially with stocks that have low trading volume and high spreads. In some cases, a mutual fund can be big enough that it actually moves the market when it tries to buy a stock, which can result in either paying a higher price or not getting as many shares of the stock as the fund manager had hoped.

These trading costs don't make it into the expense ratio, but they can dramatically affect total return. The higher those costs are, the harder a fund has to work just to match the overall market's return, let alone beat it.

Brian Feroldi: Many investors may look at their fund toward the end of the year and see that one day the share price of the fund collapses, causing them be concerned that their fund had a really, really bad day in the markets. Thankfully, there is no reason to panic, as many mutual funds pay out their dividend and capital gains earned throughout the year as distributions to their shareholders at the year's end. Whenever this happens, the share price of the fund drops by the same amount as the payout.

Once you realize that is happening, you might think that it's smart to get in ahead of the distribution, as you can bank the "gains" and reinvest the proceeds back into the fund or elsewhere. Well, that's actually a terrible idea, because if you did so, you would be the on the hook for taxes from those distributions, even though you only owned the fund for a short period of time.

For that reason, it's generally a good idea to avoid investing in mutual funds at the end of the year in non-tax advantaged accounts. At the very least you should try and wait to invest until after the fund pays out its distribution, which typically happens in November or December.

Matt Frankel: One thing you may be surprised to learn about mutual funds is how different the fees can be, even among similar funds -- and how much of a difference these fees can make over the long run.

To illustrate this, let's say that you want to invest in the technology sector. Here are five examples of mutual funds that will allow you to do this. Pay particular attention to the expense ratio, which shows how much a fund costs each year as a percentage of its assets.

For sake of comparison, let's assume that we're going to invest $50,000 and that all of these funds will average a 9% annual total return going forward. Investing in the cheapest fund on the list with its 0.78% expense ratio will result in a value of $242,728 after 20 years. On the other end of the spectrum, the most expensive fund's 1.47% expense ratio would produce $213,581. Either option is a good investment return, but the lower fee results in $29,147 higher profit.

Now, I realize that this is an extremely simplified example, and that not every mutual fund will return identical performance over the long run. Still, my point is that doing some comparison shopping and selecting the lowest-fee fund that meets your investment objectives can make a big difference to your long-term performance.

Selena Maranjian: One thing that many people don't appreciate about mutual funds is that it can be difficult (or impossible) to know what stocks they hold at any given moment. Funds typically publish a full list of their holdings only once per quarter.

For example, go to the Fidelity Investments website and look up its popular Contrafund (NASDAQMUTFUND: FCNTX). You'll see its top 10 holdings, with a little note explaining that the list is updated quarterly, with a one-month lag. (Other funds may have other policies.) Click on a small link to its "Prospectus and Reports" and you'll be able to access a semi-annual report on the fund, listing all holdings as of June 30, 2015.

Fund managers don't want to give you immediate information on what they're buying and selling because they don't want to influence other investors -- in large part because their purchases and divestitures can be sizable and can occur over a few days or weeks, not executed in a single trade. If it were clear that a respected manager was buying into Home Surgery Kits (Ticker: OWWWW), for example, others might pile into the stock, too, driving the price up before the fund was finished buying.

Another concern is that funds that frequently buy and sell holdings can generate a lot of trading commission charges and short-term capital gains that get taxed at usually higher rates. You can get an idea of how trading-happy a fund is by checking its turnover ratio, listed at sites such as Morningstar.com. A ratio of 100% reflects a fund that trades 100% of its value each year. Turnover ratios of, say, 30% or less reflect managers who are doing more buying and holding than selling, while ratios of 100% or more reflect managers seemingly with less confidence in their holdings.

Brian Stoffel: Generally speaking, diversity is a great thing. If you own a wide enough array of stocks, you limit the risk of any one investment blowing up and depleting your overall investment. But there can be such a thing as too much diversity.

Most large-cap mutual funds will own hundreds of small stakes in companies. While this does a great job of protecting downside losses, it also makes it very difficult to realize market-smashing returns. A study by the American Association of Individual Investors, for instance, found that holding as few as 25 individual stocks can reduce diversifiable risks by 80%.

For investors, the takeaway is simple: Mutual funds can help make sure you don't lose an overwhelming amount of money on any one stock. But they can also keep you from getting market-beating returns. For many, that's a trade-off they are willing to make.