Your 40s is a great time to invest, and our contributors believe that names such as TripAdvisor, NVIDIA, and EOG Resources are promising ideas for investors in their 40s.

It's generally a great time to invest when you're in your 40s. Most people are in their prime working years at that age, and you typically have a lot of time left until retirement. This means you can assume above-average volatility in exchange for superior returns knowing that time is on your side. In the coming roundtable, our contributors highlight three particularly promising investment ideas for investors in their  40s.

Andres Cardenal, TripAdvisor (TRIP -0.78%): Trip Advisor is the world's leading travel metasearch platform. Travelers rely on TripAdvisor for all kinds of information about their destinations, and they also use the company's services to book flights and hotels.

The company has reached considerable scale. TripAdvisor offers 290 million reviews and opinions on 5.3 million hotels, restaurants, and all kinds of attractions around the planet. The platform has 350 million average monthly visitors, a 23% increase year over year from last quarter. Plus, TripAdvisor's mobile app has been downloaded 230 million times. 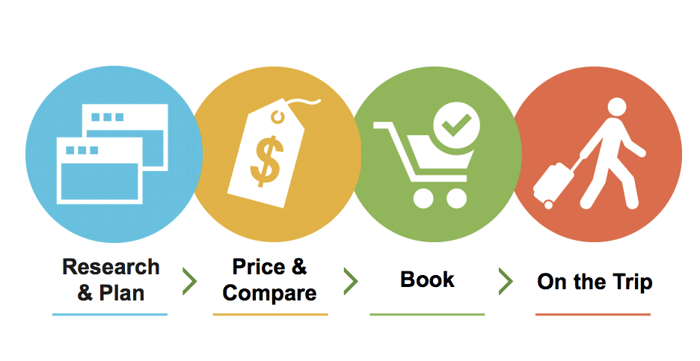 The bigger the network, the more valuable it becomes to users in terms of the quantity and quality of information. This provides a self-sustaining cycle of growth and increasing competitive strength for TripAdvisor. Management calculates that the worldwide market opportunity is worth around 1.3 trillion, indicating that TripAdvisor still offers enormous room for growth.

The key financial variables are also moving in the right direction. Total revenue grew 17%, to $415 million in the third quarter, while revenue in constant currency jumped by a much more impressive 25%. Earnings per share increased by 37% year over year, so management is successfully translating TripAdvisor's opportunities into growing sales and earnings for investors.

Tim Green, NVIDIA (NVDA 1.15%): Growth stories often take years, or even decades, to fully play out. For those in their 40s, with plenty of time left until retirement, stocks that offer long-term growth at reasonable prices are a great idea. One prime example is graphics-chip company NVIDIA.

The PC gaming market is growing, and it's behaving independently from the PC market as a whole. That's good news for NVIDIA; but the most exciting growth opportunity for the company has nothing to do with gaming at all. NVIDIA has attempted to stake its claim in the automotive business, aiming its Tegra mobile SoCs, which feature its graphics technology, at both powering infotainment systems, as well as being the brains behind driver-assistance features. When a truly self-driving car becomes a reality, NVIDIA wants its chips to be at the center.

At the moment, NVIDIA's automotive business is small, generating $283 million of revenue during the past 12 months compared to $4.86 billion for the company as a whole. The potential for NVIDIA, however, is huge. Self-driving cars will need some serious hardware to process the massive amount of data coming from its cameras and sensors, and NVIDIA's Tegra is well suited to the task.

Matt DiLallo, EOG Resources (EOG -2.28%): I'm still in my 30s, but there probably won't be much change between how I invest now versus how I'll invest in my 40s. I'll still be a few decades away from retirement, and therefore, still be focused on growing my portfolio, though I might be looking for less-risky options. As such, I'd be looking for mature companies that still have a lot of growth ahead of them. One that really fits the bill is EOG Resources.

Before oil prices went south, EOG Resources was the fastest-growing oil company in America for a company of its size. It did this because it owned the best acreage positions in the best shale plays in America, which enabled it to earn very strong returns. However, it stomped the brakes on growth when oil prices plunged, and has focused on lowering its costs in order to boost its returns. The results have been nothing sort of remarkable, with the company now earning returns that are as good, if not better, than when oil was much higher. Because of this, EOG Resources has the potential to drive strong returns over the long term, even if oil prices never again top triple digits. Further, the company has more than two decades worth of drilling locations left, leaving it with plenty of fuel for future growth.

Add to this one of the strongest balance sheets in the oil industry, and EOG Resources is a maturing company that still has a lot of life left. That's what makes it a great oil stock for people in their 40s to own and hold through retirement.