One of the problems with analyzing growth stocks is that they often are not yet reporting consistent free cash flow or earnings per share, making it difficult to estimate what they are worth. But this shouldn't stop investors from attempting to conceptualize their value. Under Armour (NYSE: UA) is one of these difficult-to-value growth stocks. But let's give it shot anyway. 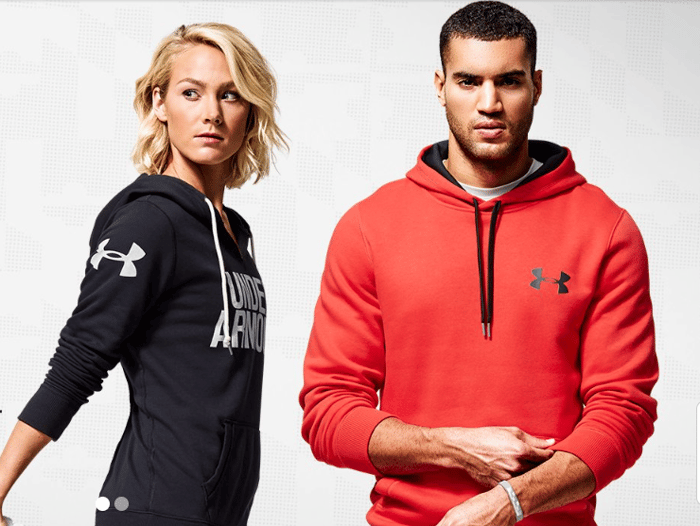 Growth prospects
Before being able to understand what Under Armour stock could be worth, investors should have a good grasp of the company's current growth, as well as a reasonable outlook for continued growth. After all, every asset's intrinsic value is ultimately worth the present value of a practical estimate of future cash flows.

Under Armour management currently expects total 2015 annual revenue to increase 27% compared to 2014 -- a rate about in line with growth achieved in the first three quarters of 2015. The company expects 2015 operating income growth to lag behind, at about 15%, compared to the prior year.

Looking ahead to 2016 and beyond, Under Armour management said in its third-quarter earnings press release that it believes it is building a foundation for "sustainable growth in the future." Furthermore, management is targeting annual revenue of $7.5 billion by 2018, a figure that would represent about 24% annualized revenue growth over the next three years -- hardly a slowdown from the company's current revenue growth.

Valuation
A simple way for investors to get a better idea of what Under Armour is worth is to see what price to an estimated operating income multiple in the future Under Armour would need to trade at in order for investors to earn a reasonable return on investment from today's stock price. After calculating this multiple, investors can compare it to more established industry peers -- in this case, Nike (NYSE: NKE) -- and assess whether or not the multiple is sensible.

So, what multiple to a reasonable estimate of operating income five years from now would Under Armour need to trade at for investors to realize about a 10% annualized return during this period?

Putting this exercise into perspective
This exercise makes it very clear that Under Armour is priced for considerable growth, as Under Armour would still likely trade at a significant premium to Nike in five years under these expectations for strong growth. At the same time, it's not difficult to imagine a company that is able to grow its operating income at a 15% annualized rate for this sustained period to trade at such a significant multiple to operating income.

Notably, this is an oversimplified theoretical exercise, making it more of a starting point than a means to making an investment decision; it's simply aimed at getting a general understanding of the sort of expectations priced into Under Armour stock. But envisioning this possible scenario does suggest that Under Armour probably isn't a screaming buy at these prices. A safer bet would probably be to call it a hold.

Still, this exercise also makes a deeper analysis of the company's growth prospects seem like a worthwhile endeavor -- especially for investors interested in owning powerful brands like Under Armour.

As a side note, this exercise also suggests that Nike is comparatively priced for far less growth than Under Armour, perhaps making the larger retailer worth a closer look.