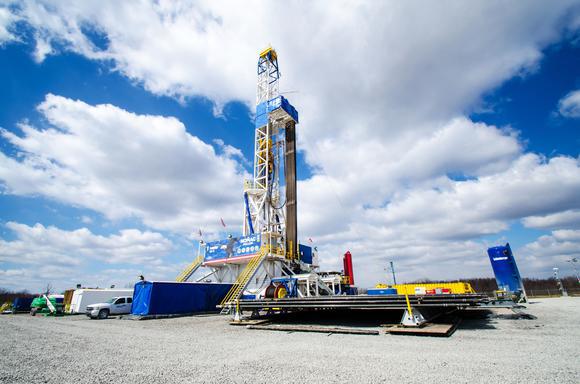 Stocks sank on Thursday, as a combination of fairly hawkish sentiment from Federal Reserve chair Janet Yellen, and further action from the European Central Bank to try to support the struggling economy across the Atlantic, weighed on investors' moods. Major benchmarks finished down around 1.5%, but many stocks performed far worse than that. Among the worst on Thursday were Chesapeake Energy (OTC:CHKA.Q), Verint Systems (NASDAQ:VRNT), and Pandora Media (NYSE:P).

Chesapeake Energy dropped 13% Thursday after investors responded badly to the ailing energy company's attempts to restructure some of its extensive outstanding debt. The company said that it would offer up to $1.5 billion in new senior secured second-lien notes paying 8% interest, and maturing in 2022, in exchange for currently outstanding unsecured notes maturing between 2017 and 2023.

Given the priority of the exchange offer, Chesapeake appears to want to extend its average maturity in order to give it more time to recover from the current slump in energy prices. Even with the opportunity to pick up certain notes at a big discount to their par value, Chesapeake investors are nervous that resorting to this type of debt restructuring is a sign of weakness, especially given that the move away from unsecured debt has implications for both bondholders and shareholders if Chesapeake continues see industry conditions deteriorate.

Verint Systems fell 14% following the announcement of its third-quarter financial results Wednesday night. The security and enterprise intelligence company reported a slight 1% drop in adjusted sales due to the strong dollar and challenging conditions among its base of customers, and it predicted similarly disappointing performance for the full current fiscal year.

Verint hopes to rely less on the large project orders that create so much volatility in its revenue from quarter to quarter, and it has also looked for ways to offer more cost-effective solutions to cash-strapped customers. With the company assuming just 5% revenue growth for fiscal 2017, Verint could continue to feel pressure due to poor macroeconomic conditions across its markets, especially in the government-security business worldwide.

Finally, Pandora Media declined more than 11%. The streaming-music company said last night that it would offer $300 million in convertible five-year senior notes in a private placement to institutional investors. Although the company didn't predict what the exact terms of the offering would be, shareholders appeared nervous that the convertible bonds would potentially lead to long-term dilution of their stock interests.

Pandora said that it would enter into what's known as a capped-call transaction in order to put an upper limit on any potential dilution related to the eventual conversion of the bonds, but the need for liquidity has risen given the company's efforts to invest in its own growth. Shareholders remain cautious about Pandora's ability to emerge from a long slump that has cut its stock price by more than 60% since early 2014, and taking on convertible debt in an attempt to bounce back is a risky proposition.